What's better than a philosophical gaming experience? One narrated by the Serious One. 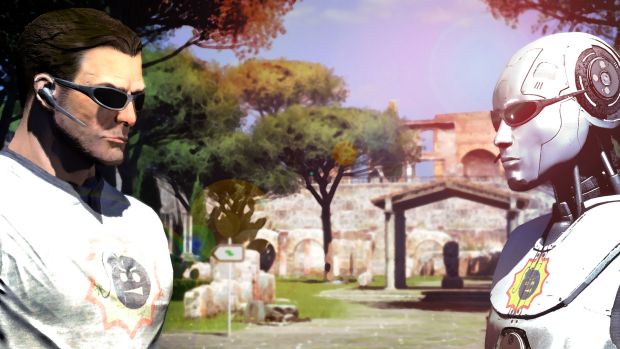 Crotem has announced that its first person puzzle adventure title The Talos Principle has a new free DLC pack that replaces the voice of Elohim – the in-game narrator – with that of Serious Sam. Yes, we know it’s April Fool’s Day but we’re being totally serious. You can pick up this free DLC now or wait till April 7th and pay $3 for it. Really, the choice is yours.

But you don’t just gt the voice of Serious Sam, calling your every move.

Croteam stated that, “The new Serious Sam Voice Pack DLC replaces the godlike voice of Elohim with that of Serious Sam as voiced by longtime voice actor John J. Dick and includes a new Serious Sam player model for use in The Talos Principle.”

The Talos Principle will receive a new story-based expansion in the coming months with Road to Gehenna so stay tuned for more information on a release date.