The philosophical, sci-fi puzzler can be experience in another reality. 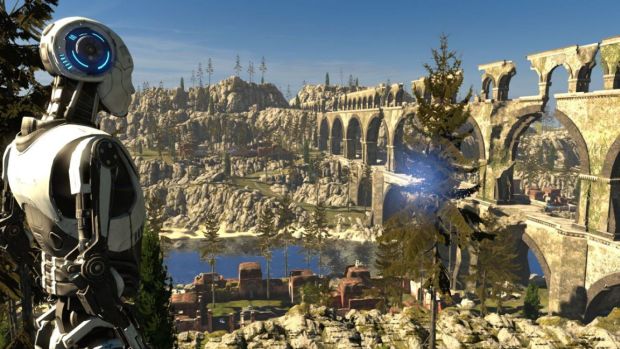 After Serious Sam VR, Croteam continues its VR crusade with The Talos Principle VR, a re-imagining of the critically acclaimed puzzle title that meshed sci-fi with philosophy. The Talos Principle VR is available for Steam and playable on headsets like the HTC Vive and Oculus Rift. If you already own the regular game, then you can pick up the VR version at a 25 percent discount.

With the shift to VR, what’s changed? Along with roomscale VR support and customizable VR controls, players can also take advantage of numerous movement modes while using the HTC Vive, for instance. If the package wasn’t enticing enough, then players will also receive the Road to Gehenna VR.

The Talos Principle first launched in 2014 for PC before making its way to PlayStation 4. Despite the developer’s pedigree with fast-paced first person shooters like the Serious Sam series, The Talos Principle was praised for its puzzle design, aesthetics and mysterious story. What are your thoughts on the VR version? Let us know below.