This review doesn’t adapt to the choices you make. The score is not dictated by how you read.

Is it perhaps weird to begin a review with a riddle? Permit me this one, reader. What’s the difference between Telltale’s newly completed season of The Walking Dead: A New Frontier and an episode of the show? Answer four hours.

This is perhaps the strength and weakness of both Telltale’s games and The Walking Dead as a franchise, in that you really already know most of what you’re going to get with both separately and as a marriage. I do want to stress that this isn’t necessarily a poor reflection, in fact the decaying world of The Walking Dead is still as natural a fit as ever for offering players tense and morally grey choices. 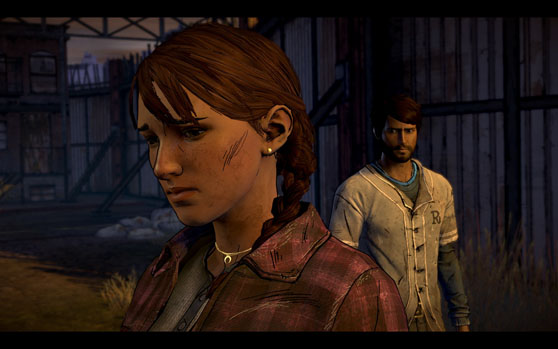 "I think it’s telling that the zombies themselves have grown to be set dressing in most modern interpretations. Instead, the predictable zombies are the secondary threat to what we really fear,"

This particular entry puts you in the boots of Javier, who before the world descended into hell was a perpetual screw up who put himself before all else. One of the main strengths of playing the entire season back to back right away is the increased spotlight in Javi’s personal journey, or rather the player’s choices in how he reacts to those around him.

It’s interesting how zombie lore has evolved over the years. Movie monsters are a reflection of our culture, our deepest fears as a collective. Zombies once showed us a primal fear of the loss of individuality, and I think it’s telling that the zombies themselves have grown to be set dressing in most modern interpretations. Instead, the predictable zombies are the secondary threat to what we really fear, the humans, dangerous and unpredictable strangers who you can’t trust.

Right and wrong being a blurry line is standard procedure in the zombies genre, and the hard decisions that come so naturally to the setting are what help bring the core cast to life. I made the decision to play my Javi as a man who always wanted to believe in the best of people but never could let his guard down when it came to defending his family. But there were tempting moments for Javi to become more ruthless, more self preserving, that drove some of the best moments in the game. 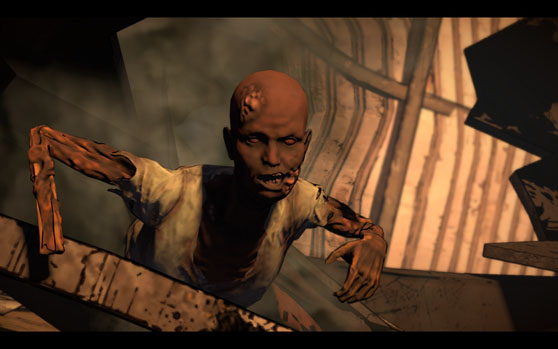 "Clem’s story intersects with Javi’s, complementing the family focused arc of the latter with themes of growing up and even motherhood."

Of course, the people around Javi have to be just as well rounded to drive his motivations, and they largely hit the mark as well. Kate brings a grounding voice of responsibility as well as a potential romantic angle to the story. Gabe is the confused teen who wants to find his place, and his growth is dictated by your lead. Clementine returns as well, connecting your past files to the game through her.

Even without past knowledge of her struggles, Clem comes across as a complicated character with a painful past. There is one brief chapter with her in each episode that opens a window into what happened to her and allows you to mold her through those decisions as well as how she interacts with Javi. Clem’s story intersects with Javi’s, complementing the family focused arc of the latter with themes of growing up and even motherhood.

I’ll elect to avoid continuing the character breakdown to avoid spoilers, but there are a core set of key players that all have some fantastic development to them that becomes driven partially by player choices, breaking away from the feeling of past Telltale episodes where your choices didn’t feel like they mattered. Lives do end or keep going completely dependant on your choices, including two equally heartbreaking, yet bright endings that also tease further adventures in the series. 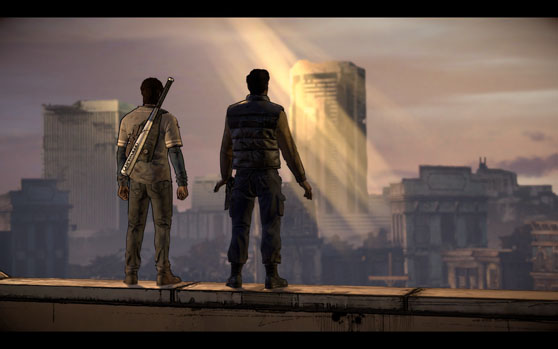 "As a narrative focused game, there’s a huge amount of pressure on the new telltale engine to deliver on the presentation aspects. I’m happy to say that a lot of the issues I had with Batman: The Telltale series have been addressed"

As a narrative focused game, there’s a huge amount of pressure on the new Telltale engine to deliver on the presentation aspects. I’m happy to say that a lot of the issues I had with Batman: The Telltale Series have been addressed, without betraying the signature style of their games with their moving comic book look.

Animation quality has stepped up significantly, particularly in the facial expressions, now able to take some of the heavy lifting away from the writing and let subtle eye movements or expressions give away the feelings of a character. Characters aren’t as stiff during action scenes, allowing things to feel smoother overall. I still suffered from one crash during my playtime, but checkpoints are close enough that it didn’t lose me a ton of time.

Overall, Telltale’s latest The Walking Dead game is more or less exactly what you expect it to be, and that isn’t a bad thing. The new engine does help bring the world to life and sharp writing still brings the characters to a great level, allowing you to attach yourself to the situation and care about who lives and dies, creating those moments of truly difficult choices. Telltale does one thing very well and this isn’t going to win over those who don’t appreciate that, but as a modern take on the adventure game, the ongoing saga of Telltale’s The Walking Dead is as good of a continuation as you could get.

New engine helps take the effort off the writing, dual protagonists Javi and Clementine tie together the theming of family very well and there are some truly hard choices to be made. Also amazingly actual story deviations based on your choices.

Still issues with crashing on PC. Doesn’t stretch either Telltale’s tropes or The Walking Dead’s tropes in any way, resulting in a fun, but completely predictable ride.

Final Verdict:
GREAT
Telltale’s The Walking Dead: A New Frontier is going to be no more or less than what you expect, for both good and bad. It’s great to see a new engine bring Telltale up to more modern graphical standards in ways that only improve the storytelling. You probably know by now if you’re interested in what Telltale is selling, but A New Frontier is a great place to jump in.
A copy of this game was purchased by author for review purposes. Click here to know more about our Reviews Policy.