The Walking Dead FPS Now a (Terminal) Reality Thanks to Activision 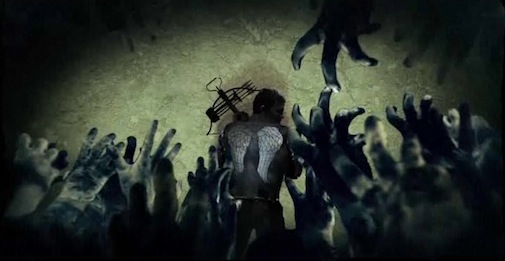 After the success of Telltales Games The Walking Dead adventure series, it appears other developers are entering the fray to deliver their own undead experiences.

One of those is Terminal Reality, which is developing a first person shooter based on AMC’s television series, to be published by Activision.

Players take control of Daryl Dixon who travels with his brother Merle to reach the relatively safe Atlanta area. Events are suggested to predate the TV series.

Aspects of free choice have been alluded to, but nothing concrete has been revealed. Daryl can meet up with various characters, but it’ll be up to them whether you band together. That’s not including the rationing of supplies, like food, medicine and ammunition.

Activision states that these choices “represent just some of the major decisions that will constantly be made while fighting to survive.”

The Walking Dead is due in 2013 for PC, PS3 and XBox 360. Visit the official site for the trailer and other details.