Story and emphasis on exploration sets The Wild Eight apart from the competition.

Survival games seem to be a dime a dozen these days on Steam. The Wild Eight from Fntastic and Eight Points seems like more of the same (especially the Early Access status) but it actually offers some unique twists. Aside from its low polygonal aesthetic, it touts a storyline wherein eight survivors of a plane crash must brave the Alaskan wilderness to discover their purpose. The usual Lost tropes like laboratories, ferocious beasts and whatnot are to be found but The Wild Eight keeps it low-key and intriguing with side-quests and plenty to explore. It will also be heading to the Xbox One and PS4 in due time,

GamingBolt spoke producer Ivan Belousov to learn more about the game, its development process and how the randomly generated aspects work. Zip up your parka – it’s going to be a cold ride. 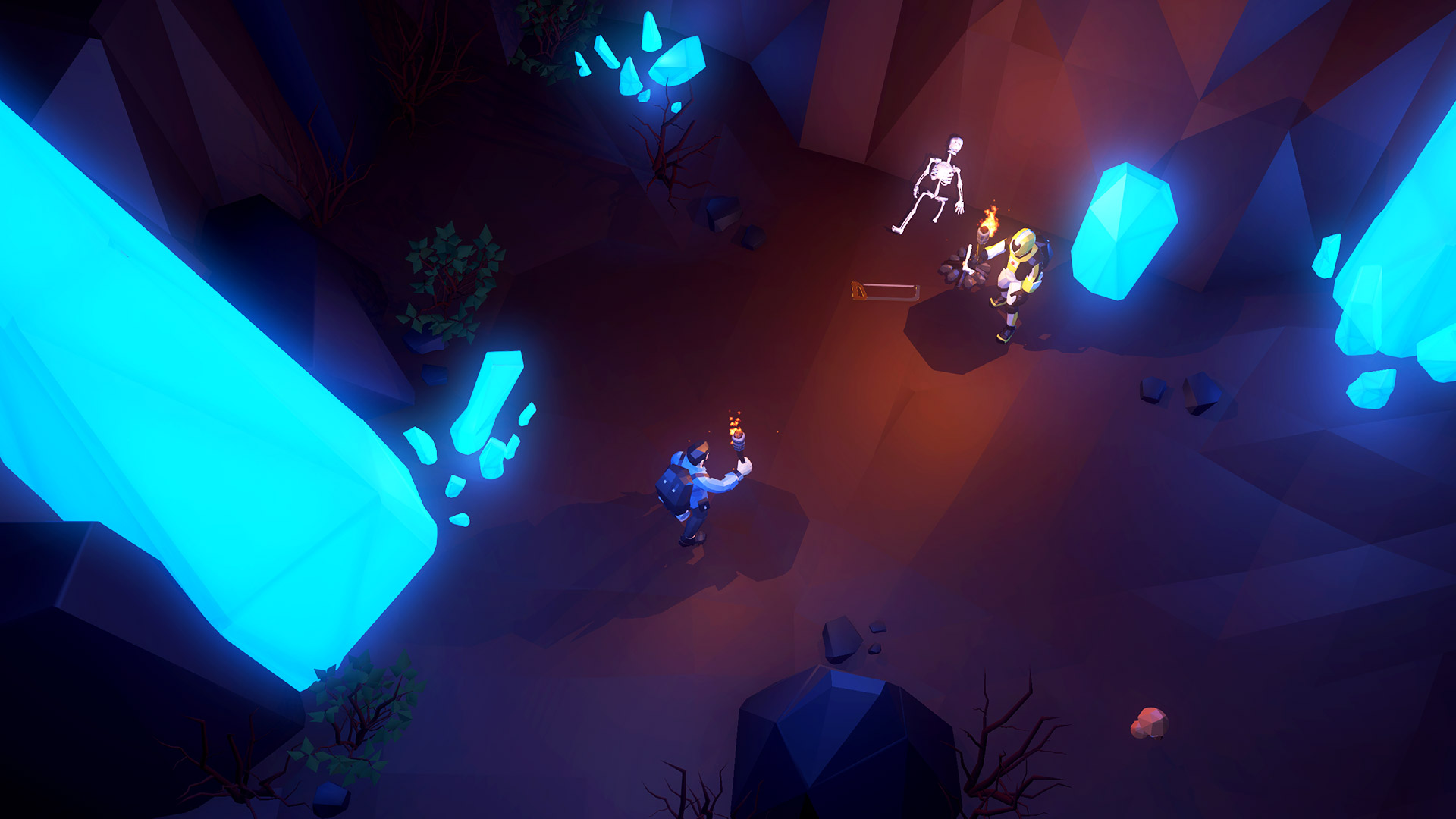 "It’s been a year and a half for the game already, and if things go as well as they are now, we’ll be able to release the game this summer."

With the number of survival titles out on Steam, The Wild Eight has pulled in quite the positive response. What distinguishes it from the competition in your eyes?

Unlike many other games dealing with the concept of survival, The Wild Eight tries to put its main focus on non-stop exploration, rather than stockpiling resources and sitting in one place for as long as you can. Both that and a mysterious story, which is told through many subplots, among other things – are the main features which help The Wild Eight to stand out among other survival titles.

What was the development process like? What obstacles did you face en route to bringing The Wild Eight to Steam Early Access?

Since the beginning of development almost every aspect of the game was a challenge for us.

The most difficult part of it all was to find a proper balance between the character and the world around him. In fact, we’re to this moment working on improvements for the skill tree and carefully adding new animals and monsters, at the same time being very careful not to upset the core balance. It was also a huge achievement for us to get our game funded on Kickstarter – we most probably wouldn’t have been able to make it without our backers. Of course, releasing our game on Steam Early Access helped tremendously as well.

How long into development is the game? What is the current targeted release?

It’s been a year and a half for the game already, and if things go as well as they are now, we’ll be able to release the game this summer. This includes PC, Mac and Linux platforms.

Unlike many survival games, The Wild Eight actually has an over-arching story. What challenges did you face in conveying the story while also providing enough freedom to explore the environment?

The main difficulty was to make it work well with co-op. Should all quests be synchronized among players or be individual for each one? It’s one of questions we’ve spent a few time on during the development. 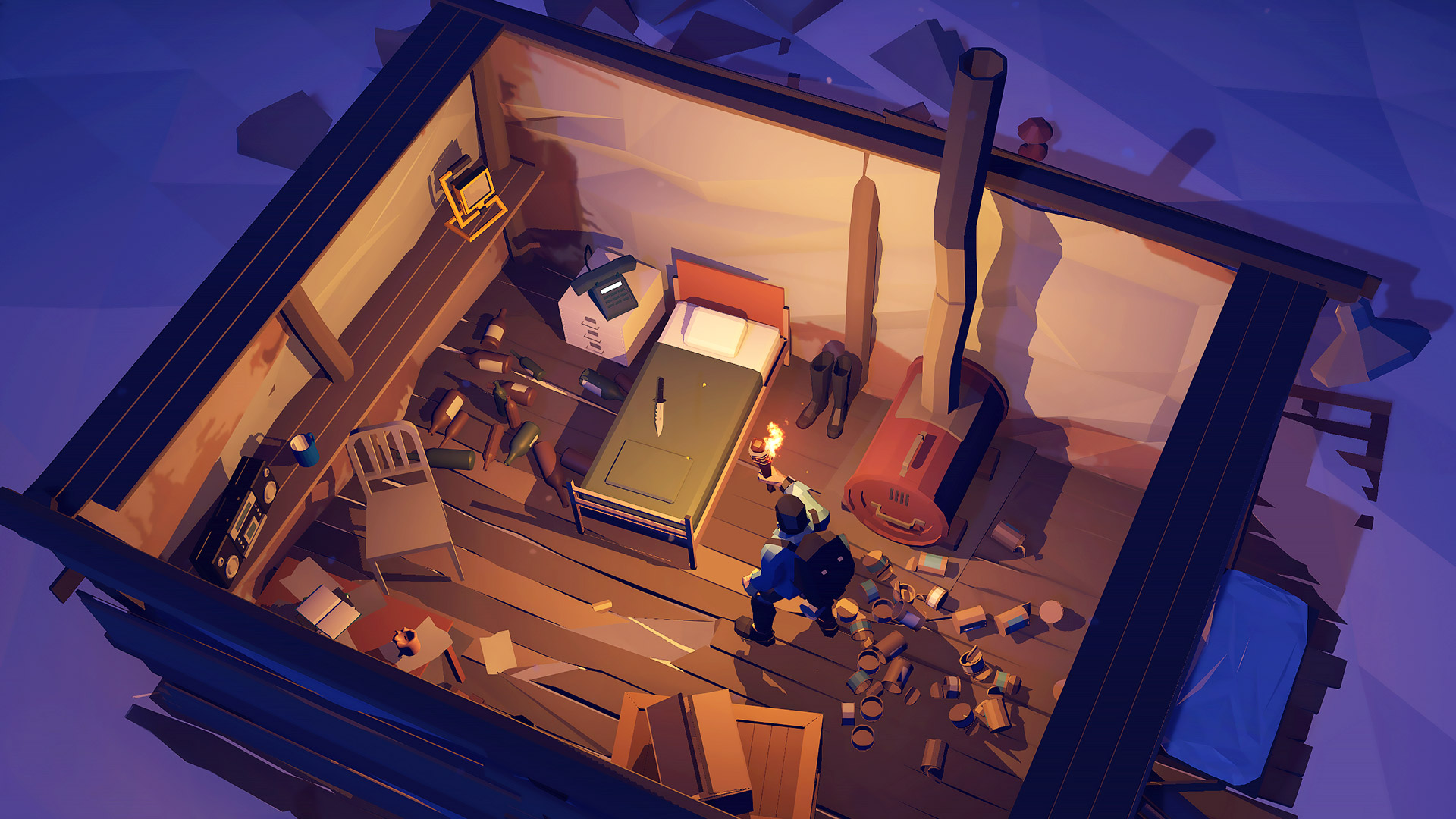 "One always knows where to go in order to complete the main story, while side quests and some other unique tiles remain a mystery until found on the map."

How does the game’s random generation of the world work? Does it change with every playthrough?

The whole in-game world consists of pre-programmed tiles. Some of them are unique and don’t change their place in the world, like power lines, or the recently added bunker. All the others are randomly placed every time a player starts a new game. So, generally, one always knows where to go in order to complete the main story, while side quests and some other unique tiles remain a mystery until found on the map.

What was the reaction to the fast travel system? Was it though to dilute the survival experience somewhat?

Since the game’s main idea is to always dig farther and farther into the wild, the fast travel system has become really useful for players that are willing to revisit already explored locations or continue to explore the unknown after death in multiplayer. The whole idea didn’t seem to lessen the survival experience, due to the limited amount of stations one can visit. Players still have to go a fair share of distance on foot, suffering from cold and hunger.

What can you tell us about the quests, especially those added with the Beyond the Door update?

Only that each of them tells its own story, which is in one way or another related to the main plotline. Unfortunately, I can’t tell you more, cause we don’t want to spoil all the fun for the people that are yet to play the game. The only thing that I can add is that the players responded very positively to the Beyond the Door update, so it’s a great time for anyone, especially those who for some reason missed the title earlier, to hop in and check our game out.

Can you tell us about the character development system, the changes it’s gone through and whether it will be updated more en route to release?

It’s been a long while before we’ve finally came up with a proper character development system for our game. At last we’ve stopped on an action-based leveling system, where in order to build up skills a player needs to do specific things – scrounging for resources makes you a better gatherer, hunting animals makes you a better hunter etc. Balancing the whole system is also a tricky thing, so we’re still working on making sure it’s as polished as it can be. 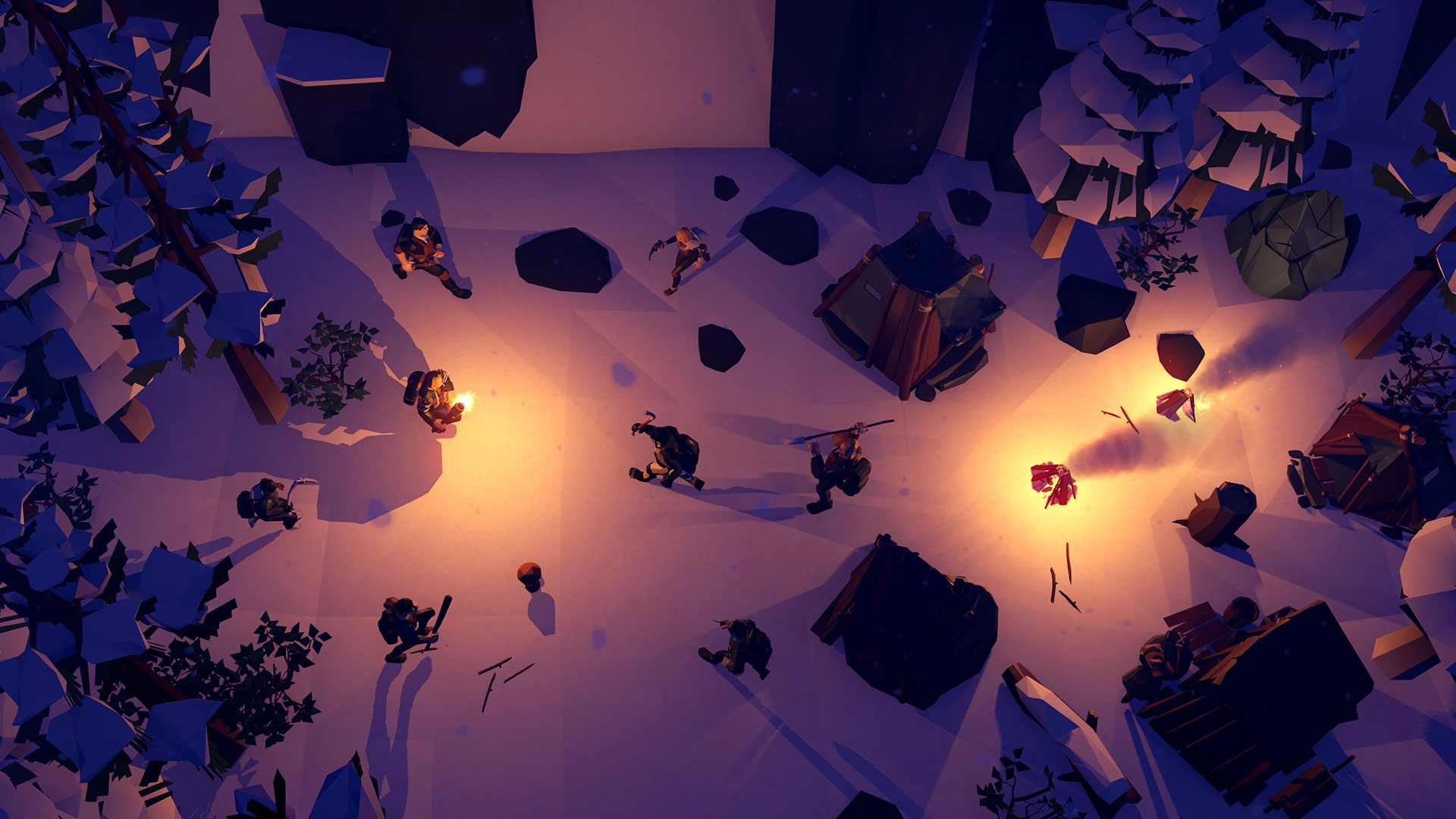 "Expect firearms and new skills to appear in the game. And of course, we’re heavily expanding the in-game world."

How drastically does the game change when eight players are cooperating and surviving together?

The number of players directly affects the difficulty of survival. The best part of it is that a group of survivors have a bigger chance of a successful hunt, but at the same time consume more supplies, thus making resources management more intricate. One survivor could kill a wolf and live for two days on the harvested meat, while eight survivors must kill four wolves to live through a single day. This way it’s easier to play with a group of people, but the resource management becomes your first priority.

What other features do you plan to add in the coming months?

Can’t tell you everything, but expect firearms and new skills to appear in the game. And of course, we’re heavily expanding the in-game world.

Can you please let us know the current state of the console versions? Do you plan to launch it besides the PC version?

Sure thing, we are planning both PS4 and Xbox One/Scorpio versions to be released the following year. They are are still at an early development state, so don’t expect them to come at the same time as full release for Steam.

I am sure you must be following up on the iterative consoles…the PS4 Pro and Xbox One Scorpio, specially the latter which has over 12GB of memory. Do you think the latter will impact PC games in anyway (i.e. will 12GB of Scorpio will also increase memory PC requirements for games in the future)?

Modern game industry is changing very rapidly: the games are becoming more and more photo-realistic, making PC requirements higher and higher in order for them to run smoothly. 12 Gb is a big number, so in my opinion it will certainly affect PC gaming.

The Wild Eight is planned for the PS4. This indirectly means that it will also be coming to the PS4 Pro. Do you think you will reach native 4K with a high frame rate on that console?

We think it’s a quite achievable thing. Can’t tell you anything in particular just now, but the whole idea sounds like something we could implement. Stay tuned for the upcoming news on the console versions. 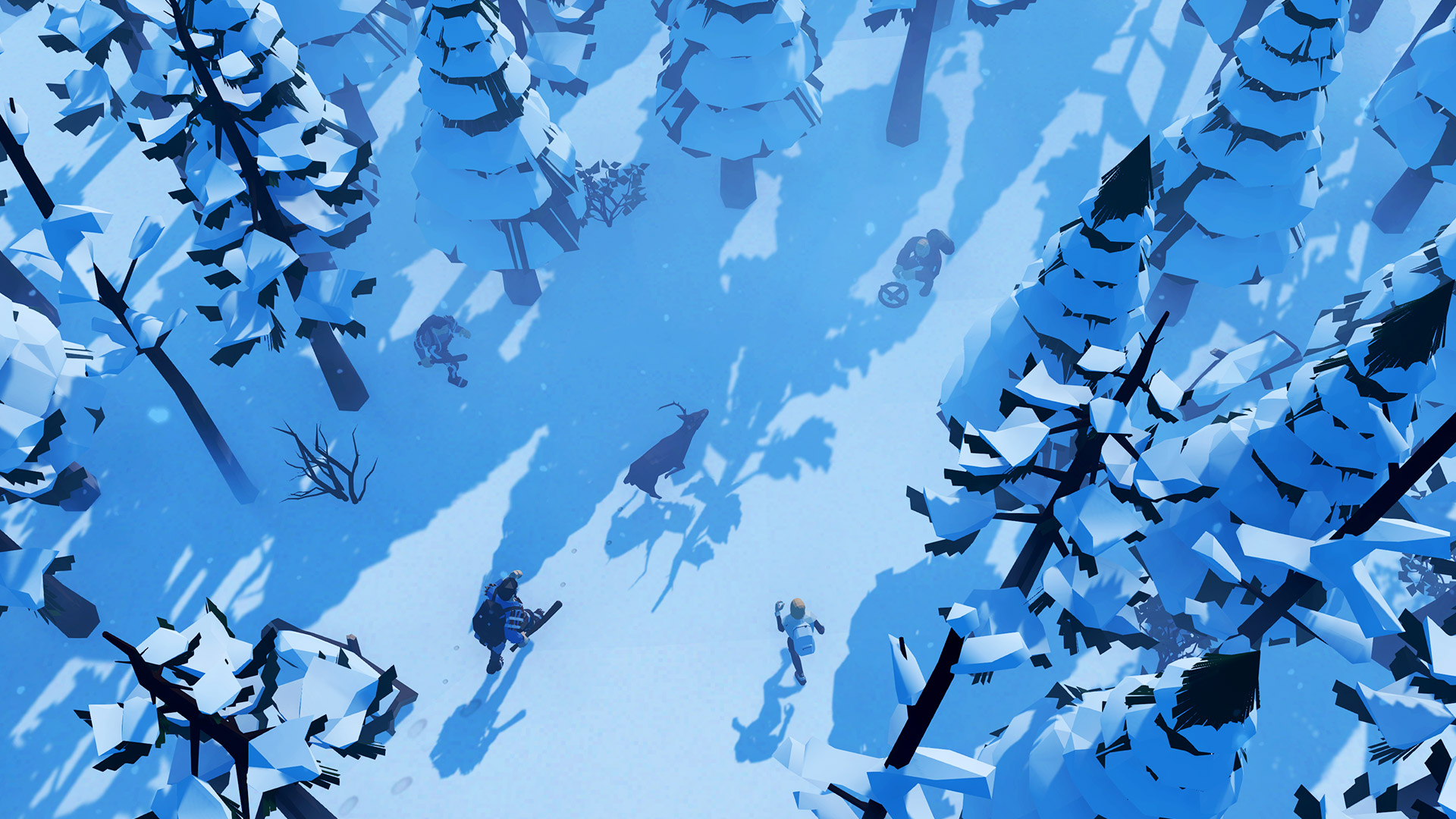 "We’re currently working hard to make sure the game is optimized for both PS4 and Xbox One – that’s why we’re trying not to rush to release it alongside the PC version."

What is your target frame rate and resolution on the base PS4 and Xbox One?

60 FPS and 1080p. No need to disappoint those waiting for the upcoming console release.

How much of a benefit will the extra RAM (12 GB GDDR5) on Scorpio compared to PS4 Pro’s 8GB GGDR5 +1 DDR3 be? On the flipside, PS4 Pro can handle 2×16-bit ops at once unlike Scorpio – will that help close the performance gap a bit

We’re currently working hard to make sure the game is optimized for both PS4 and Xbox One – that’s why we’re trying not to rush to release it alongside the PC version. It’s hard to tell more on the subject right now, since PS4/Xbox builds are still at an early stage of development.

Do you think you will be able to achieve native 4K and 60fps with Scorpio’s hardware specs?

This is one of the things we are working hard to achieve, but unfortunately right now we don’t have any solid info on the subject – so stay tuned for the upcoming news on the console versions.

Thanks for the interest you’ve shown in our title. We’re hoping to give you some information on the console versions as soon as possible – as well as some news about the upcoming expansions. So be sure to like our Facebook page and follow The Wild Eight on Twitter for the latest news about our game.