The Witcher 3: Blood and Wine New Image Is… Bloody Disturbing

This may be a bit NSFW? 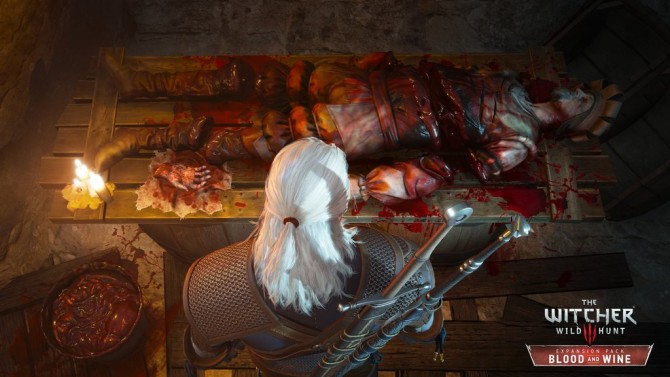 The Witcher 3 was not a game for the faint hearted. From its unflinching depiction of brutality and violence to its embracing of sex and sexuality, from its horrifying choices to its grotesque monstrosities, you needed to steel your heart if you were to play CD Projekt RED’s grand masterpiece.

It doesn’t look like that will change for the upcoming, as of right now still undated, expansion Blood and Wine. A new screenshot was released for the expansion today, and it is all sorts of disturbing. I’ve already warned you that it could be potentially NSFW (if you opened it at work, your co-workers would probably think you a psychopath), so I hope you’re looking at this post from the safety of your own home or something.

The Witcher 3: Blood and Wine is due out some time before the end of June this year. We don’t have an exact date, but we do know that CD Projekt RED intend for it to be their best work yet- so we find outselves quivering in anticipation.