The World Ends With You: Final Remix Wiki – Everything You Need To Know About The Game

Everything you need to know about The World Ends With You: Final Remix. 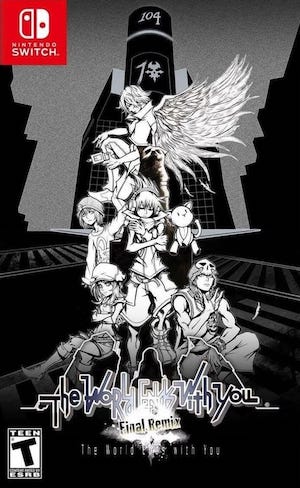 The World Ends With You was originally released for the handheld system Nintendo DS, and developed jointly by Square Enix and Jupiter, who are also known for their work on Kingdom Hearts: Chain of Memories (for which they also collaborated with Square Enix), Ghost Trick: Phantom Detective, and the Picross series. The game was created by the same team at Square Enix that is responsible for the Kingdom Hearts series as well, with Tetsuya Nomura serving as the character designer, Tatsuya Kando and Tomohiro Hasegawa serving as co-directors, and Takeshi Arakawa serving as the planning director.

Though the game was initially designed with the idea that it should be the kind of game that is tailor made for the Nintendo DS and hence could only be played on that system, in the years since its release, it has been brought over to other platforms as well. The World Ends With You: Solo Remix, a mobile port of the game, was released on iOS devices in August 2012, and on Android devices in June 2014. 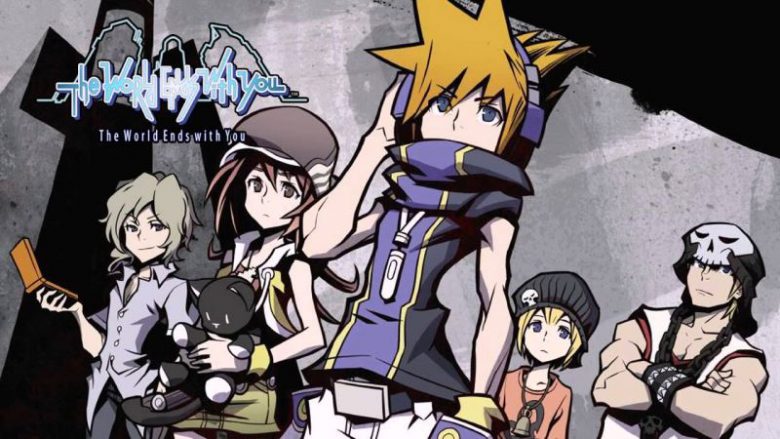 The World Ends With You takes place in a modern day setting, in a fictional version of the Shibuya shopping district of Tokyo, Japan. The story follows Neku, the protagonist, and his partners Shiki, Joshua, and Beat as they venture into the Underground, an alternate plane of existence, where the spirits of the dead take part in something called the Reapers’ Game every week, with the chance to either transcend to a higher plane of existence and become Reapers themselves, or to come back to life.

Final Remix, the Switch version, adds an an epilogue that has been described as a “sizable” new scenario in the game called “A New Day”, and this will tie directly into the game’s main story. The scenario will also feature an as of yet unnamed character, a girl who appeared briefly in the secret ending that was added into Solo Mix. 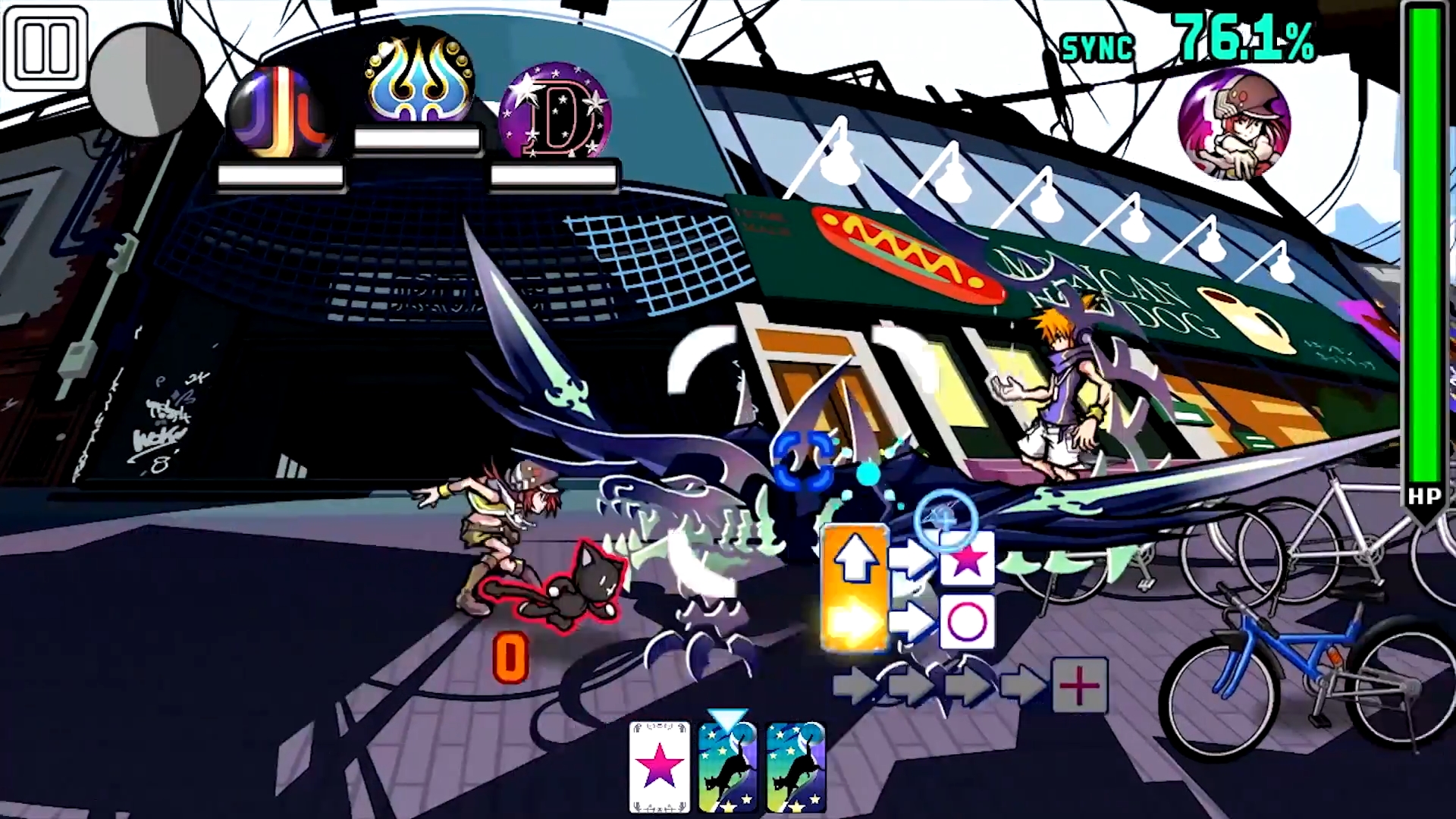 The World Ends With You is an action RPG, which involves exploration, and combat in equal measures. The game’s setup is divided into three individual chapters, each lasting a week, with each chapter further being divided into days (though the passage of time in the game doesn’t correlate to the passage of time for players, naturally). Neku is paired with a different companion in each week, and must compete in the Reapers’ Game. Each day comes with its own mission, which requires Neku and his companion to explore Shibuya for various purposes.

The combat in the game was designed to be one that leveraged what were at the time the DS’ unique capabilities, and as such revolves mostly around touch inputs. This can include slashing across enemies, tapping on the screen to fire bullets, and more. Each attack, as well as other actions such as healing up, is tied to the pins that the characters have equipped, and each of these pins only has a limited number of uses, after which it needs to recharge for some time before it can be used in combat once again. While the game starts out with Neku only being able to equip two pins at a time, this number gradually increases as the game progresses.

Fashion is also a major part of the game. Each of the districts players explore have their own unique fashion senses and preferences, and equipping clothing and pins accordingly can provide buffs and boosts to the player, while the opposite can also happen. Items also have a brand value attached to them, which players can increase as well by fighting more monsters in the area where the brand originates, while wearing that brand’s items. Exploration requires players to discover things known as memes, which can progress the story, and Noise, which can trigger battles. 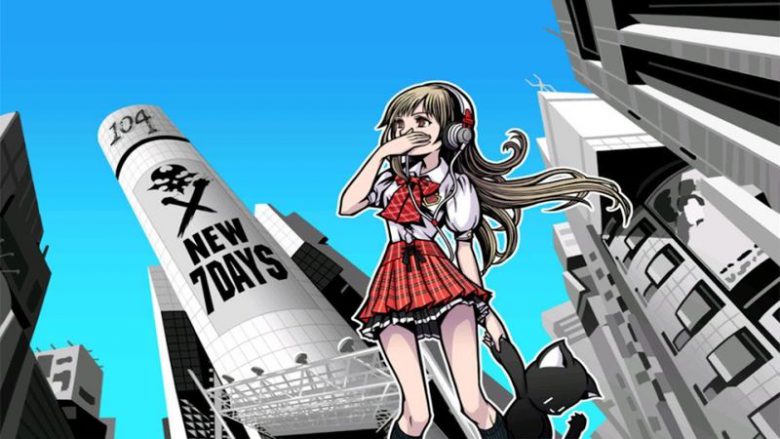 Since Final Remix is an expanded port of The World Ends With You, the gameplay will remain almost entirely the same. However, since it is expanded, it will include a few new features as well. The most significant of these, of course, will be part of A New Day, the new scenario that has been included in Final Remix. A New Day will involve a brand new Reapers’ Game, but one that will only last a day instead of the full week. The new game, Square Enix has confirmed, will be harder, throwing enemies at players that are much harder to face and beat in combat.

Additionally, missions can also be triggered during battles in A New Day, while the scenario will also add a new mini-game to The World Ends With You, in the form of Marble Slash, which can be triggered via the use of badges. Additionally, given the fact that Switch’s hardware differs largely from the Nintendo DS’ input methods and the way of playing during combat won’t be exactly the same, primarily because Final Remix’s battles won’t simultaneously take place across two screens as they did in The World Ends With You on the Nintendo DS. Additionally, touch screen commands on the Switch will, of course, still be a way for playing, while Joycons can also be used to play the game. However, Square Enix have confirmed that Final Remix won’t feature support for the Switch Pro Controller. As such, when in docked mode, the only way of playing will be to aim using the Joycons during combat.

Additionally, it has also been confirmed that The World Ends With You: Final Remix will feature two player co-op. While not much details have been given on the co-op mode, given the game’s very nature of two characters simultaneously taking active part in battles, it is easy to assume what sort of an experience it will go for.