There won’t be a Bulletstorm sequel, PCF working on new project 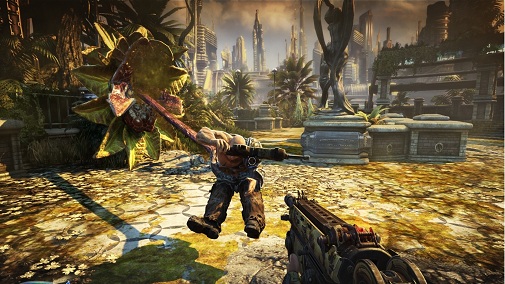 Fans hoping for a sequel to Bulletstorm, the crazy first-person shooter from People Can Fly and Epic Games has been shelved, according to Gamespot.

It was a known fact that the game sold poorly, but the surprise here is that the PC version was plagued by piracy which resulted in low sales on that platform, president of Epic Games Mark Rein said.

“We thought a lot about a sequel, and had done some initial development on it, but we found a project that we thought was a better fit for People Can Fly,” he said.

“We haven’t announced that yet, but we will be announcing it pretty soon.

“I’d love to go back [to Bulletstorm]. I think there’s more to do with Bulletstorm. Heck, it kind of ended wanting more. I’d love to see another project, but right now we don’t have anything to talk about.”

The sales also disappointed EA and Rein also talked about the PC version for a bit.

“I think Bulletstorm was very critically successful, and I think a lot of folks really enjoyed seeing something new,” he said. “From a sales perspective it was good, but not amazing. I think EA was hoping we’d do better,” he said.

“We made a PC version of Bulletstorm, and it didn’t do very well on PC and I think a lot of that was due to piracy. It wasn’t the best PC port ever, sure, but also piracy was a pretty big problem.”