A nice gesture of good will from Bungie. 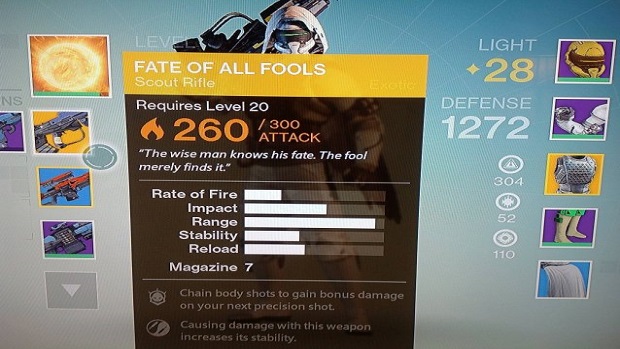 It’s a well known fact at this point that Bungie’s latest video game outing has proven to be somewhat divisive amongst gamers and the gaming community, but this is undeniably a nice little feel good story. Sort of.

After having gone through multiple brain surgeries, a doctor recommended to one persons wife that her husband should use Destiny as a sort of therapy to help in the recovery period.

Bkbunny 87 tells the story, “”Yesterday I had a post talking about my husband and his Doctor recommending Destiny to serve as a form of physical therapy for him following several brain surgeries. This community was amazing, and raid groups are being organized for him out of all the people who offered to help him…”But just as amazing, Deej contacted me and has sent my husband a care package from Bungie that is on the way. Then this morning, a message from Deej told us to have my husband check with Tess the Post Master in the tower. Lots of screaming ensued…”He has been sent the exotic gun Fate of All Fools, a solar primary that looks like it will be available in future content.”

Personally, I think it was really rather nice that the community and community manager have all reached out to be supportive, and giving that chap exclusive access to a weapon is a nice gesture of good will. Though the cynic in me thinks that the rifle should remain exclusive for good and not be included in future DLC packs. Otherwise the gesture seems to be diluted a bit. But either way, props to Bungie, Deej and the Destiny community for being so kickass!