Call of Duty: Vanguard Alpha Builds Have Reportedly Appeared on Battle.net and PSN as “Slipstream”

It seems alpha builds for internal testing for this year's Call of Duty game have been spotted on multiple platforms under a codename. A game of Twitter chatter seems to point to new platforms for the remaster.

Things could be getting pretty hazardous around here. Earn Emblems, complete Challenge Missions and much more each season.

The PC version, handled in part by Beenox, is looking incredibly sleek. A small drop on a Fortnite stream may have revealed something big.

Eric Hirsberg says that this strategy "clearly has our attention." Is Destiny “Plague of Darkness” Expansion Arriving This September?

A nice gesture of good will from Bungie. 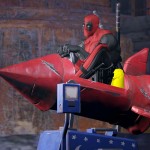 He may be a loud-mouthed mercenary but he's got firepower.

Transformers: War for Cybertron gets a multiplayer trailer

Transformers: Fall of Cybertron transports you to the final days of the planet Cybertron where you will experience the darkest hours of the apocalyptic war between the Autobots and Decepticons. Embark... Read More 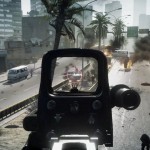 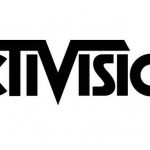 Lets be honest here. Call of Duty is an enormous brand and its certainly not invincible as you can see with Guitar Hero. Activision certainly doesn't want Call of Duty to end up like Guitar Hero did... Read More

Activision has revealed Goldeneye 007: Release date. It releases on November 1st this year. Their juggernaut game, Modern Warfare 3 comes out on November 8th, so there must be a valid reason for... Read More

[HTML1] Check out this new video from Activision that shows multiplayer gameplay and Spec Ops footage. It is being named as Survival mode. The game releases on November 8th for the PC, PS3 and Xbox... Read More