Is Destiny “Plague of Darkness” Expansion Arriving This September? 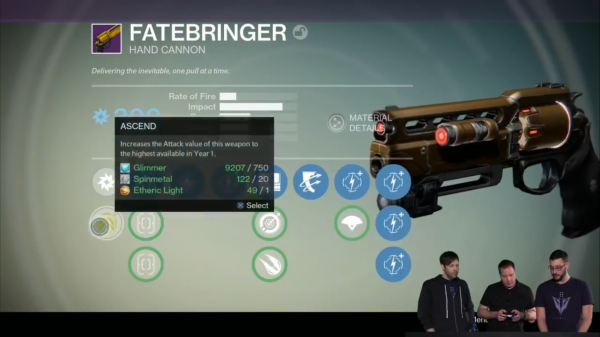 Some eagle eyed Destiny players think they may have spotted a detail that may have confirmed the incoming arrival of the next “mega expansion” for Destiny. Back in February we had reported that the next expansion pack, Plague of Darkness, earlier known as “Comet” is expected to be bigger than the upcoming House of Wolves.

During the recent House of Wolves Twitch Stream, a weapon detail was spotted to read as, “Increases attack value of this weapon to the maximum available in Year 1”. This of course points towards a possible “year one” and “year two” plan for Destiny.

So does this mean that Comet will mark year 2 for Destiny and will launch sometime this September i.e. the first anniversary of Destiny? We don’t know but if the logic of year 1 and year 2 is anything to go by then surely it’s a possibility. Reports that have circulated about Comet have said that it will bring along a wealth of content and it will effectively serve as Destiny 1.5. The expansion pack will add new weapons and story missions. But this is speculation from my end but if you’re a devoted Guardian, keep an eye out for more details.