This is the strangest PS3 play style we have seen

Posted By Kartik Mudgal | On 25th, Jan. 2012 Under News | Follow This Author @KartikMdgl 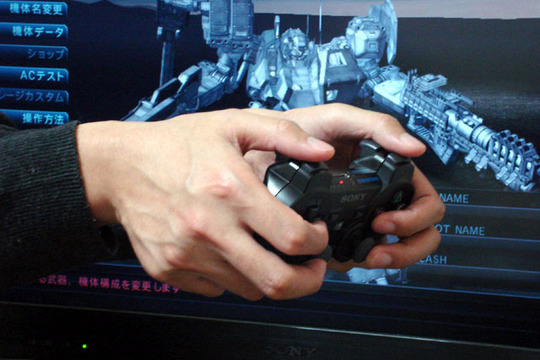 Okay, now this is a bit weird. I mean, no one on this planet holds a controller like this, or so I thought.

We already know the DualShock 3 is sort of smaller compared to the Xbox 360 controller, but one guy has invented an unique style to play the Armoured Core games.

In case you don’t know, Armoured Core is a mecha game, so a lot of control inputs are needed.

Or think of that electric fence scene from Heavy Rain, if you have played that then you would be no stranger to crazy ways of holding a controller.

This play style believe it or not has a name! It is called “AC mochi”. It’s a bit hilarious that by changing your play style you will be able to execute a lot of complex commands, who would have thought?

Well, time to try this with fighting games, unless you already own a fighting stick.