This War of Mine: The Little Ones Now Available for Xbox One and PS4

Learn the grim realities of war. 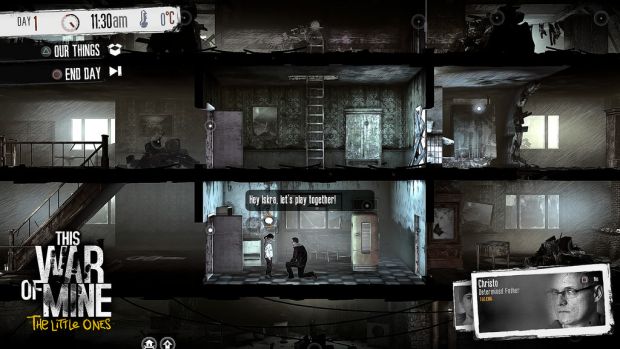 Prepare your emotions – 11 bit Studios’ This War of Mine: The Little Ones is available now for Xbox One and PS4. Along with bringing the base experience to console players, it also adds children as survivors who the main character must contend with. Set during the Siege of Sarajevo in the Bosnian War from 1992 to 1996, the emotional consequences that emerge aren’t that easy to deal with.

In fact, 11 bit Studios’ Karol Zajaczkowski told us that when it comes to the events of the game, “We didn’t invent anything or create fictional stuff. Things you see in This War of Mine actually happened in the past and are happening right now in different parts for the globe.” However, despite how difficult working on the game could be, the developer believes it’s worth it “because it can open your eyes. It appeals strongly to one’s empathy.”

This War of Mine: The Little Ones retails for $29.99 on Xbox One and PS4. You can also pick it up for Steam on PC.