Through The Woods Interview: The Fear Of The Unknown

The CEO of Antagonist answers some of our questions about their horror video game, Through The Woods.

Through The Woods is a horror adventure game that is inspired by Norse mythology and Norwegian folk tales. In the game, you play as a mother who is out  to find her lost son and in the process, ends up in a terrifying and very different world from the one she’s known. This is a game which strives to captures the dread of being lost and alone in a forest at night.

To learn more about the game and its development, Gamingbolt reached out to the developers with some questions and Stian Willums, the Creative Director at Antagonist provided the following answers. 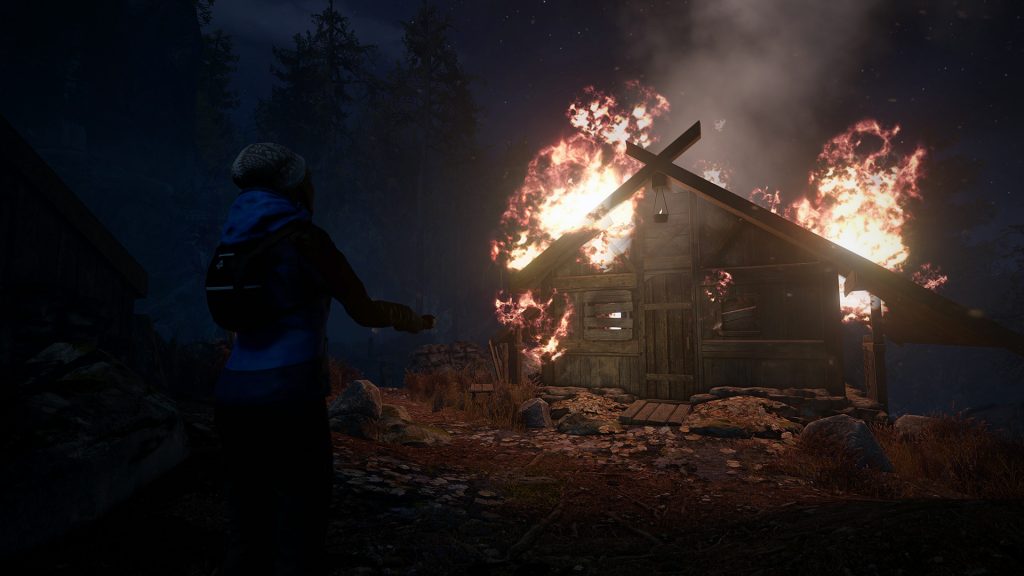 We have not seen many horror games out there inspired by Norse mythology and Norwegian folk tales. What are some of the signature characteristics of such stories?

The main theme of most of the tales from both Norse mythology and Norwegian folk tales is the darkness in them and they often end with a negative outcome compared to a lot of other stories you’ve heard. But there are also those that may seem to turn out really bad, but end good afterall. Mostly in the folktales there aren’t any obvious heroes, but more of a “be kind and help others and luck will be in your favour” kind of moral. In Norse Mythology there’s a lot of trickery and evil involved as well and many folktales are naturally inspired from those stories too. They’re actually not that different from many other original fairytales that has later become milder with time, but ours have just stayed grim. We come from a land that has a lot of darkness or lack of sunlight during the winter half of the year and people have always told about things they had seen and heard, around the fire. They probably thought they saw creatures moving in the night, light playing tricks on them and crooked trees everywhere, which didn’t exactly decrease the belief in these mythical beings or the buildup of the tales through the years. And all the tales were passed down in generations, with new additions and becoming more dramatic.

There’s something horrifying just about walking through the game’s forest at night. What are some of the crucial elements that make this forest so terrifying?

The darkness, the sounds, the feeling of being alone in the wilderness and never knowing when something completely unknown may jump you or just the thought of stumbling upon something horrible that in your mind would never happen during daylight. Basically the unknown, which is much more concentrated because you can only see so much.

Both light and sound play very important roles in this game. What was your approach to designing these elements?

A big part of this was to actually go into the woods ourselves at night and just analyze the surroundings and shining the flashlight around. After that we spent a lot of time walking around inside the game trying to rebuild that feeling and the world, first from our imagination and then trying to achieve the realism afterwards. For the audio our sound designer, Dan Wakefield, naturally also did some more sound research on his own as he had to actually record a lot of the sounds and even though we have forests everywhere, the capital is full of little background noise during the day. We were hoping to even do a lot more with the lighting as well, but time and resources got scarce towards the end and also the engine couldn’t handle our lighting system too well.

The game has been available for the PC for sometime now. What fixes and improvements will you bring over to the PS4 and Xbox One versions?

Are there any horror games in particular that you drew inspiration from while making this game?

All other known horror games was an inspiration to some degree, but more in particular Amnesia, Alan Wake, the Silent Hill series (including the P.T. demo) and Dear Esther.

The game seems to place heavy emphasis on storytelling but through environments, objects and items. Why didn’t you opt for a more direct storytelling approach?

First of all it’s a horror game, so a more direct storytelling would probably kill the tension a bit in this case. Wherever you go hiking in Scandinavia nature tells its own stories everywhere and we all like the more adventurous games where you have to explore and draw conclusions for yourselves, even though we hoped to add even more exploration as well. In addition we felt that the direct storytelling has a tendency to feel more like the same as other similar titles. At an early stage the mother was actually going to tell the story to a detective or somebody that interviewed her constantly. 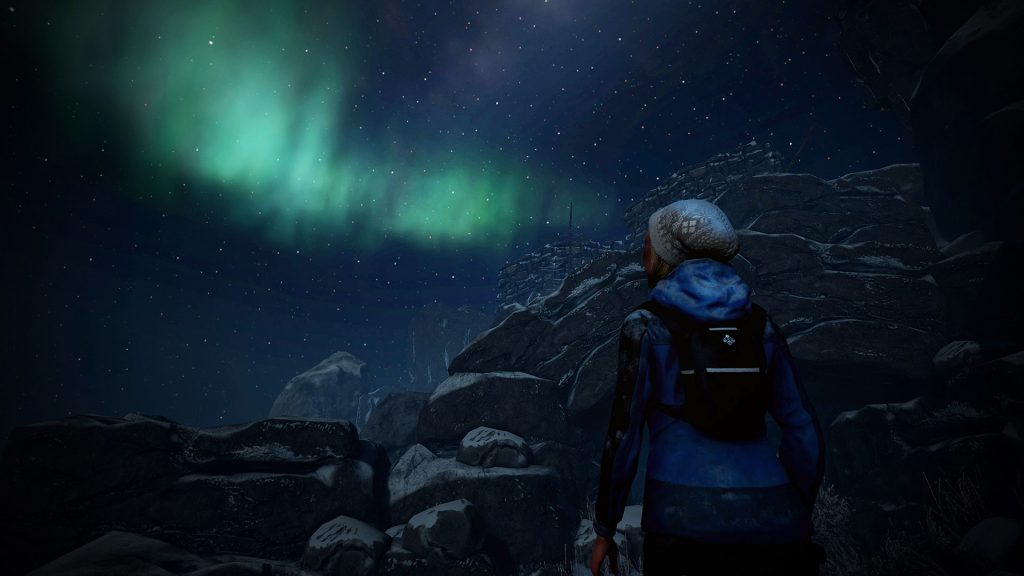 Will we be seeing more from you as a developer? If so, what’s next?

You will definitely be seeing more from all of us as single developers. Antagonist is also working on a related (not by IP) project called The Fold, which is about a young man who’s asked to take care of a stave church for a week. However, if this project is to stay in Antagonist is a bit uncertain at the moment, but will in any case be continued on by Stian Willums, who’s currently the only employee left in Antagonist for the time being.

What were some the major challenges you faced during the game’s development?

One of the biggest challenges was honestly the company itself and several complications we had internally on the way. Nobody had too much work experience in advance, came straight out of school and didn’t know much about how to run a company. Certain situations took a lot of time and the team’s overall motivation, but we made it through and learned a lot from it! For the game itself, like the above, we didn’t know too much about professional optimization since we were fresh graduates and we spent a lot of time discussing what the game should actually be about and contain. Other than that the economy and time management is always an issue. We are at least lucky to have a funding system by the Norwegian government, and we were able to be selected several times to get some support from them. If not for them it’s uncertain if the game would be finished at all.

With so many horror games in the market right now, what would you say has been unique about your approach in making Through the Woods?

At the time we made the game we believed that we made one of the more natural looking forests in a game so far and also really tried to focus our marketing on the Norse aspect of it. For people actually playing the game it may, for good or for worse, be a very different story and also ending than people are used to.

Was the game successful for you from a commercial standpoint?

Unfortunately it was not a success in regards to being able to keep running the company. The company didn’t make as much as hoped and most of the employees had to find other jobs. We were however able to pay down all loans and debts and also actually sold more than a lot of other Norwegian games, so we’re at least happy with that.

Based on what the critics and consumers have said, what would you say are some of the things that would have improved the game?

Without a doubt more gameplay and things to do, add a couple more creatures that were planned but not tested enough and some more polish overall. If we could afford it we would get some motion capture gear for better animations and redo the main character models.

Can you tell us what resolution and frame rate you are targeting for both the PS4 Pro and Xbox One X versions?

As mentioned before the console versions were completely “ported” by a third party company, but they had as a strict goal to keep the game running at a stable 60fps through the whole game. I don’t believe these two will support 4K either (see answer below). 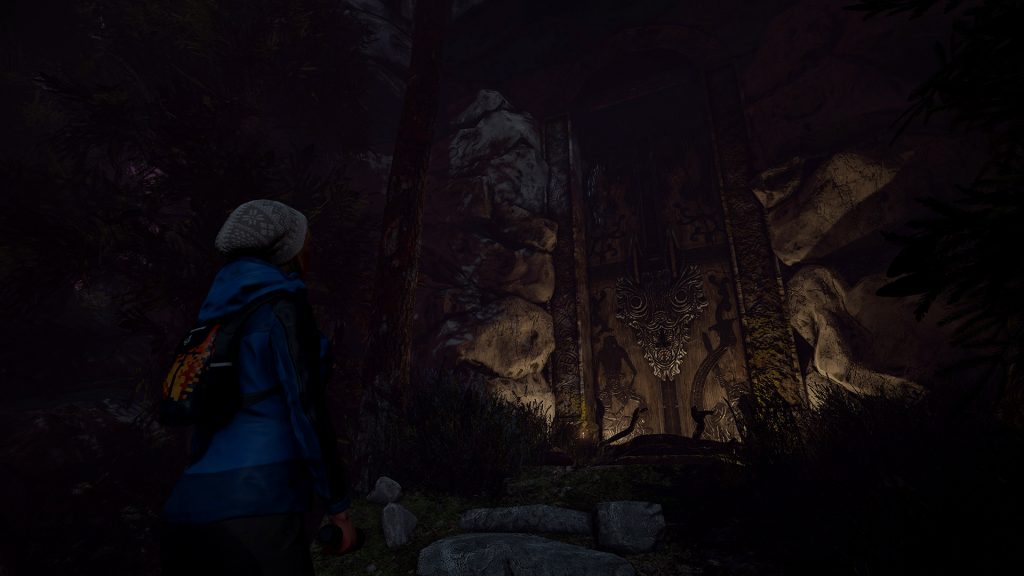 And can you confirm the same for the base PS4 and Xbox One versions as well?

It should run on 60fps most of the time here as well. It does unfortunately not support 4k as that was a completely different challenge.

Do you have any plans to launch the game on the Switch? If not, why?

Porting to Switch would probably be too demanding performance wise and also we simply can’t afford it.

It highly depends on the game, the company behind it and who benefits from the income. However we are against the random lootbox model, rather that you can buy special skins etc. or even obtain some of them through actual gameplay (like it’s always been). For some companies, if the chances are you’ll get some good stuff every time you open a lootbox it could potentially be a good profit for a small company, but it could also go the complete opposite way and people would rather buy things they know they’ll get.

We don’t have too many expectations, but some thoughts are that they’re obviously going to be more powerful and support better graphics, but also be more interactable and easier to share whatever you do and play with others, [and] the socials [feature].

Might as well be, everybody wants the best visuals they can get, but it’s not necessarily a standard people should take for granted. I know many who would be satisfied with whatever they can get with what they have as well.

Start companies and make games, just know that there’s a lot more to it than you think and doing your research will only benefit you. Also if you want your games to be successful, you should aim for it to be successful and not just do it for fun. Equipment, software and especially paying employees is really expensive. We hope you like Through the Woods and promise you many more Scandinavian games to come, be that with Antagonist or other companies the team’s developers work with.

Tagged With: Antagonist, pc, ps4, Through the woods, Xbox One