With more than a decade since its inception, the Borderlands series has covered a lot of the same ground. With three main games under its belt, alongside the surprising Tales from the Borderlands and the underwhelming The Pre-Sequel, Borderlands has firmly established itself with its lighthearted tone, loot-and-shoot structure, and zany characters. It makes sense, then, that Tiny Tina’s Wonderlands, the first big game that takes a real step away from the main franchise, still sticks so close to the selling points of the original games with just a few new ideas peppered in to warrant an entirely new title. While it doesn’t always feel as grand in scope as a game like Borderlands 2 did, there are a lot of things new and familiar that Tiny Tina’s Wonderlands does right, and while it suffers from many of the problems as the originals, I couldn’t help but thoroughly enjoy Wonderlands on its own terms.

"While it doesn’t always feel as grand in scope as a game like Borderlands 2 did, there are a lot of things new and familiar that Tiny Tina’s Wonderlands does right, and while it suffers from many of the problems as the originals, I couldn’t help but thoroughly enjoy Wonderlands on its own terms."

It should come as no surprise that Tiny Tina’s Wonderlands doesn’t stray too far from its original series, as its basis is the Borderlands 2 DLC, Assault on Dragon Keep. As such, this is another game set in the Borderlands universe, with many familiar characters and a very similar art style, but in Wonderlands, you’re playing a game called “Bunkers & Badasses,” the Borderlands equivalent of Dungeons & Dragons. You take the role of the Fatemaker, who is the main focus of this B&B campaign, and your track through the game is meant to be a visual representation of that campaign.

The game is named after Tiny Tina, though, and she’s at the center of it all. Her role lies as the effective Dungeon Master for this B&B game by narrating the story, and the game frequently pulls out of the fantasy during cutscenes to show her explaining or introducing a big new character or plot twist. While she’s had a bit of a cult following in the past, putting Tiny Tina at center stage works wonders for Wonderlands. She has more than enough charisma and energy, hilariously brought to life by Ashly Burch, to keep the game afloat and engaging even during its dull moments. Her small quips and genius one-off comments showing how a DM may lose their train of thought work perfectly for her character and make the game a blast to just sit through.

Borderlands is a series whose story lives and dies by its characters, and outside of Tiny Tina and Queen Butt Stallion, the vast majority of characters are new to this game and equally as charmingly performed and written. The two other main characters in the game with you are Valentine and Frette, voiced respectively by Andy Samberg and Wanda Sykes, and the main villain is the Dragon Lord, voiced by Will Arnett. This is one of the best examples in recent memory of games using big name Hollywood actors to their advantage, as each of the three are distinct and never feel out of place, and you can easily and instantly recognize each of their voices. If you’re familiar with the past Borderlands games, you’ll be acutely familiar with the type of humor and writing here, too. The Dragon Lord feels very similar to Handsome Jack in his self-awareness and sarcastic appeals for your sympathy, while many other characters, including Valentine and Frette, hit on some of the same humor the series has done before. It’s not less funny, but it’s not treading much new ground in the writing. 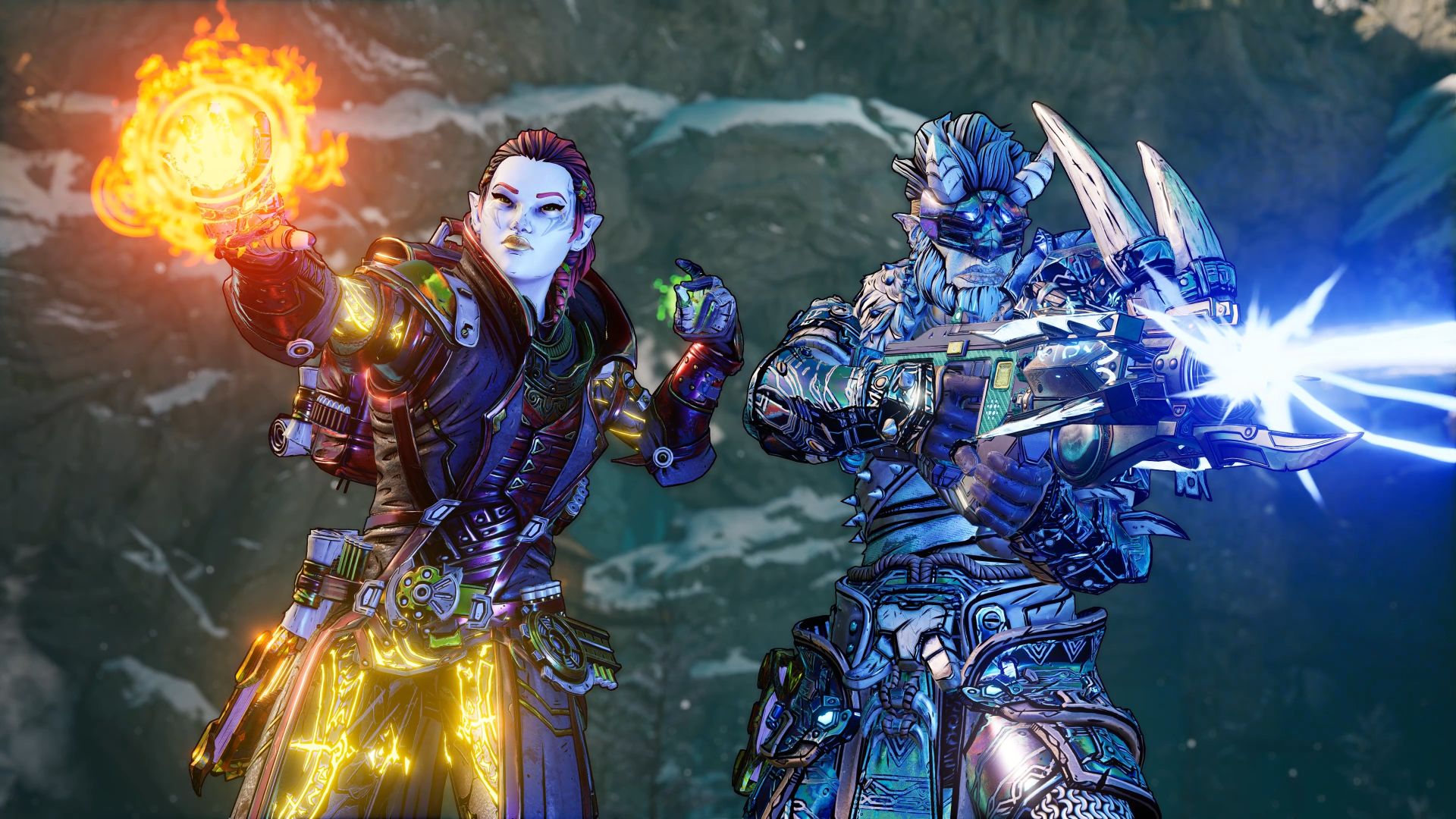 "While she’s had a bit of a cult following in the past, putting Tiny Tina at center stage works wonders for Wonderlands."

The quests, too, aren’t much to write home about on their own. Most of them follow the same structures that the series has seen before, and the differences come primarily in some of the context. As mentioned, Tiny Tina controls the game world, so she determines when certain events happen and when characters show up. The fantasy also allows the main campaign to have some remarkably wacky moments that create an overarching tone of absurdity and point back to this being a game created frequently on the fly in a D&D-like setup. The main campaign itself doesn’t have the greatest payoff or the most intriguing plot, but it does provide a great way to get into the gameplay and see many different types of environments, all while surrounded by the great performances that give a high floor to even the dullest or most repetitive moments.

But while you’ll see many familiarities in Wonderlands’ story, you’ll see even more in the gameplay. That’s because Wonderlands is a looter-shooter through and through, almost indistinguishable from the Borderlands series. There are some RPG elements, primarily in your character construction. You can choose a class that has a bit more of an effect on your playstyle than the simple special move that past games focused on, mostly through the ability to upgrade specific stats with Hero Points alongside the existing skill tree. However, I didn’t put too much of an emphasis on these, since the main way to get better is, as expected, getting better weapons and higher-rated loot.

While the missions can be framed as many different ways as Tiny Tina would like, the vast majority of them boil down to a simple linear progression of gunning down increasingly difficult enemies. Luckily, Borderlands hit the nail on the head for how most of the guns feel to use, and Wonderlands takes that gunplay almost directly from its predecessors. Weapons look and feel very similar to how they have in the past, and there’s a similar special move that each class can use for larger damage. As the Clawbringer, my special move was a hugely fun hammer that hits a group of enemies with a devastating and frequently life-saving blow. These come alongside the loot mechanics, which work almost identically to past games, and while the hit of dopamine is great when you find a better new weapon or armor piece, it still almost universally boils down to the number at the top of the item rather than any detailed look at the actual function or deeper stats. 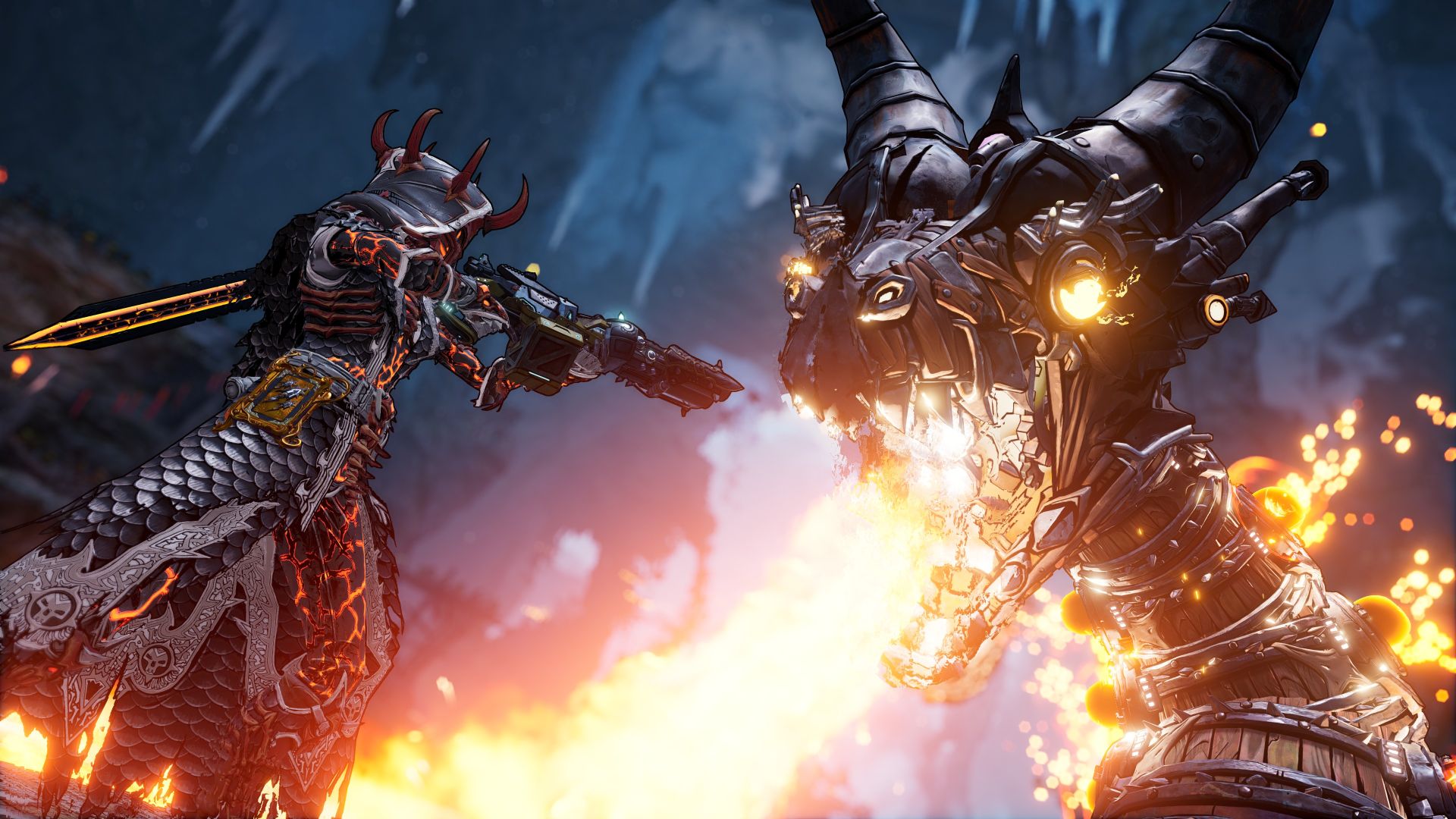 "Wonderlands is a looter-shooter through and through, almost indistinguishable from the Borderlands series."

The only major new aspect of moment-to-moment gameplay is the addition of spells, which replace explosives in your inventory slot. Spells are a widely fun and contextually relevant addition to gameplay, as they can be diverse in their usage, from attacks to status impacts on single enemies or larger groups. My only issue with spells is that within the context of Borderlands­-style loot gathering, where weapons, armor, and spells are replaced regularly, it’s difficult to keep a hold of one single spell. This type of fast-paced replacement is understandable with weapon types whose specific weapons frequently feel similar to one another, but with such a wide range of spells, it’s very common that you don’t get a good feel for one before you have to swap it out.

The other major change to gameplay is the structure of the map. Specifically, there is now an overworld that you can use to travel between different world areas, as opposed to primarily fast traveling between them in past games. This is a generally good addition to gameplay, as it makes things feel a bit more cohesive, and the general sense that this is a D&D board, with erasers, bottle caps, and cheese puffs lying around the board, adds another sense of scale to the overall tone. Within the overworld, you often come across random combat encounters, primarily when enemies appear out of nowhere in tall grass and bring you into an enclosed encounter space and task you with killing everyone. While these are great for grinding, which you’ll have to do a lot of to keep up with the recommended levels for story missions, they can also become very repetitive very quickly. I found myself trying to avoid them as much as possible and only seeking them out when I absolutely needed to.

It’s worth noting that the environments and enemy types throughout Wonderlands feel a bit less creative than in the Borderlands games. Most of the humor seemed left to the main characters, so many enemy types are reused throughout much of the plot, aside from some of the very interesting boss fights. When there are too many enemies on screen, though, not only do things start to feel chaotic and make you lose track of what’s actually going on, but Wonderlands also frequently starts to chug. I didn’t experience any hard crashes, but I did get caught with consistent hitching when things started to heat up on screen. 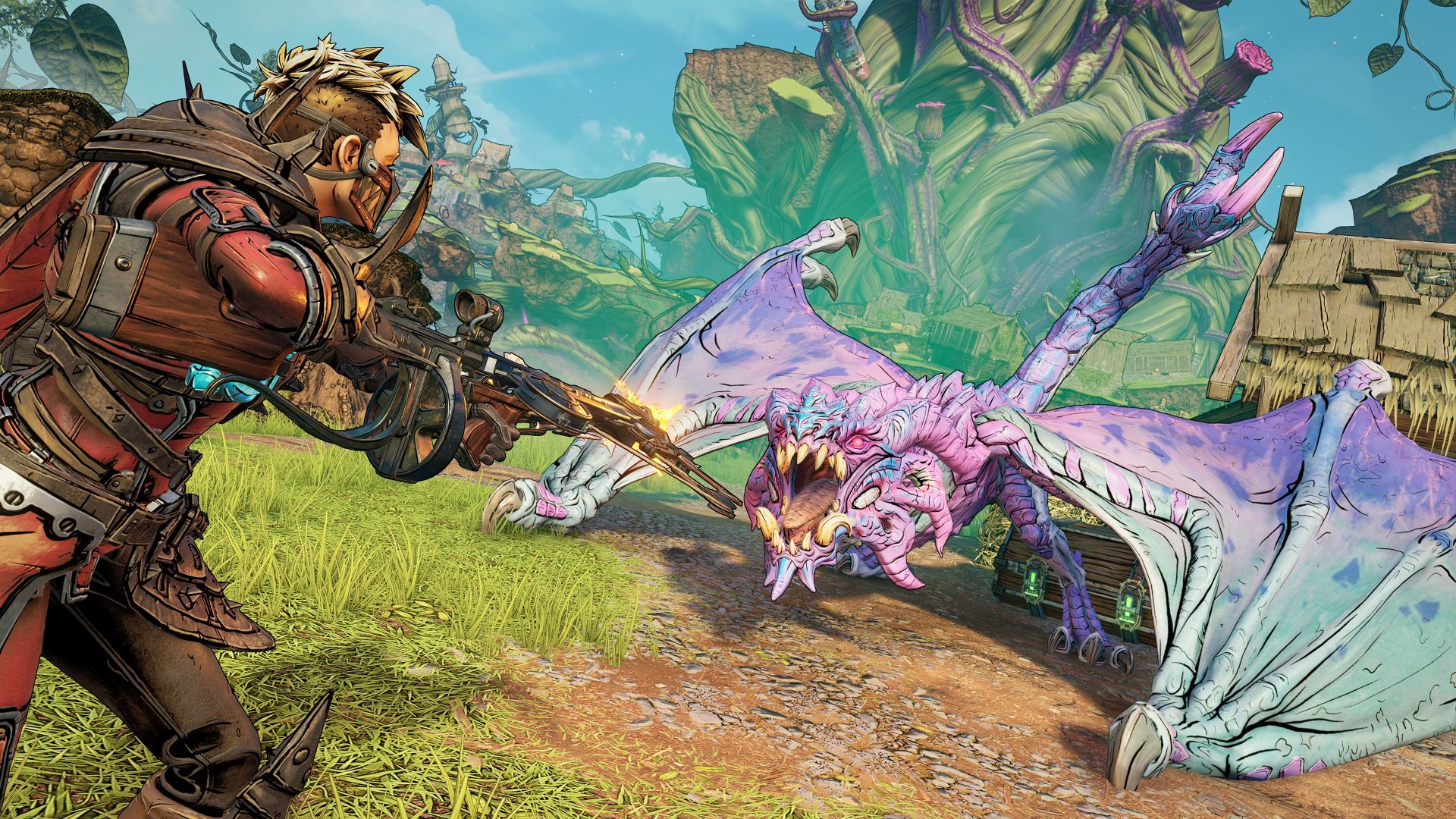 "There’s certainly a large portion of Tiny Tina’s Wonderlands that we’ve played at length before, but from the lovable characters to the addicting gunplay, it’s hard to argue that it doesn’t hold up to make this experience worth playing."

While it doesn’t break much new ground for what is technically a new IP, Tiny Tina’s Wonderlands is an overall highly enjoyable experience that does just enough new to stand out from the series it branched off from. While it doesn’t fix some of the issues with the writing and loot mechanics that Borderlands has been plagued by for its entire existence, I found myself consistently engaged with the world, characters, and gameplay that Wonderlands offers, frequently coming back for more even when I didn’t expect to. There’s certainly a large portion of Tiny Tina’s Wonderlands that we’ve played at length before, but from the lovable characters to the addicting gunplay, it’s hard to argue that it doesn’t hold up to make this experience worth playing.

Final Verdict:
GREAT
Tiny Tina’s Wonderlands doesn’t stray too far from the Borderlands series, but it doesn’t need to when the consistently funny characters and familiar yet satisfying gameplay are this enjoyable from front to back.
A copy of this game was provided by Developer/Publisher/Distributor/PR Agency for review purposes. Click here to know more about our Reviews Policy.