Each Mirror of Mystery includes a new environment with five levels and a boss that grows more powerful over time. New Legendaries also await. 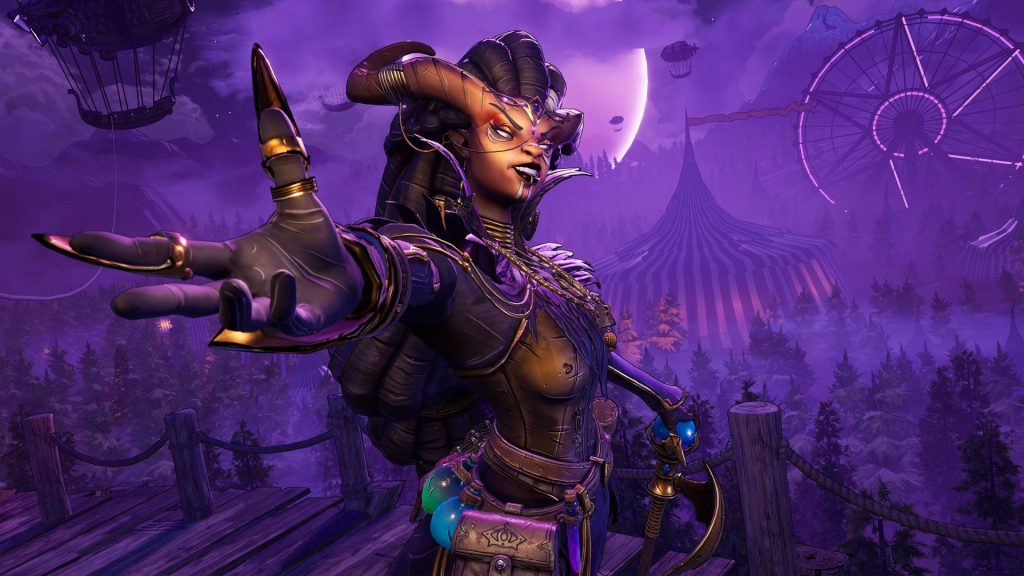 Gearbox Software has unveiled the Season Pass content for Tiny Tina’s Wonderlands, which provides four post-launch content drops. These see players venturing to Dreamveil Overlook to meet a fortune teller named Vesper and traverse the Mirrors of Mystery. Check it out in the trailer below.

Within the Mirrors of Mystery, you’ll encounter environments consisting of five levels each, ending in a boss fight. However, the boss will become more powerful as time goes on and you can replay it to earn Lost Souls. These can be spent on Vesper’s Wheel of Fate for Legendary weapons, gear and more. These levels and their bosses will also be added to the Chaos Chamber and expand on the randomized dungeons even more.

But that’s not all. In the fourth DLC, a new seventh class will be added, complete with a Class Feat, two Action Skills and a unique skill tree. It can be mixed with other classes via the Multiclass system as well. Finally, Season Pass owners receive the Butt Stallion Pack with the Diamond Guard Armor Presets, the Crystal Glitter Makeup Pack, Adamant Throne Banner Set and Diamond Hero Statue Material. Each Mirror of Mystery can be purchased separately for those who want specific content.

Tiny Tina’s Wonderlands is out on March 25th for Xbox One, Xbox Series X/S, PS4, PS5 and PC. Stay tuned for more details in the coming weeks.