You know how the tie ups with Doritos and Mountain Dew that Call of Duty used to have became practically a meme? Well, it looks like EA were serious when they said they wanted their shooters to target Call of Duty, because their upcoming Titanfall 2 will be taking over for Call of Duty, and offering players a promotional campaign with Mountain Dew.

As was the case with the Call of Duty versions of the campaign, it seems like Titanfall 2 players will be able to redeem codes found on promotional bottles for in-game rewards. Leaked photographs suggest that XP boosts and Titan rewards are among the benefits on offer- which should be enough to have a lot of people chugging down Mountain Dews like no one’s business.

Titanfall 2 is due out some time later this year. Unlike the first game, which did not release on PlayStation, this one will be coming out to PS4, Xbox One, and PC. 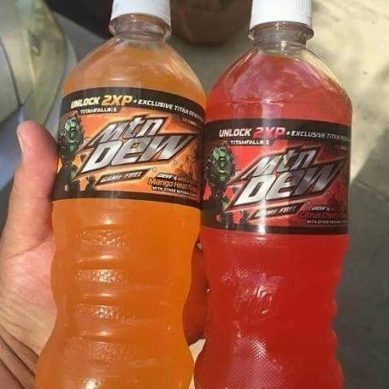