More information on the upcoming sequel to Respawn's beloved 2014 hit.

Titanfall 2 is officially confirmed- and while the first game may have failed to set the world on fire or redefine the genre like Respawn, EA, and Microsoft were undoubtedly hoping, it was still ultimately enough of a success that its sequel is a pretty big deal- and one of the most anticipated games of this year.

A lot of that anticipation comes from the fact that the original Titanfall, while great, was ultimately held back by some design decisions- if worked on, Titanfall 2 could build up on the original’s strong foundation, and deliver a truly great game, of the kind that the original hinted at.

And if all of these rather extreme analyses of all the media we have on Titanfall 2 are to be believed (the game’s full reveal is supposed to be at E3 this year), then building on the original game may just be what the sequel does. For instance, check the image below- it’s an enhanced version of the same image that is found posted on the official website of the game, and while we may be wrong, WCCFTech pointed out that it appears as though it features a wall running Titan- which would dramatically alter how the game is played, while also simultaneously providing the most sensible evolution of the first game’s gameplay.

It also appears, judging by the game’s announcement teaser, that Titans will have swords- which hints at some kinds of epic melee fights in the sequel, lending more immediacy and weight to the conflict.

What might swords be doing in a game about gigantic robot suits running around the place athletically? If Lead Writer Jesse Stern is to be believed, a lot- because it sounds like the premise for the second game will be more out there than the setup for the original game was. Speaking about the story in the sequel, Stern said, “what inspires us is the junction of technological advancement with the inevitability of conflict and war and what the next war might look like. In Titanfall 2 there will be a lot of [scenes] where science meets magic, but keeping it grounded and dirty and human and real.”

Titanfall 2 has been announced for PS4, Xbox One, and PC. 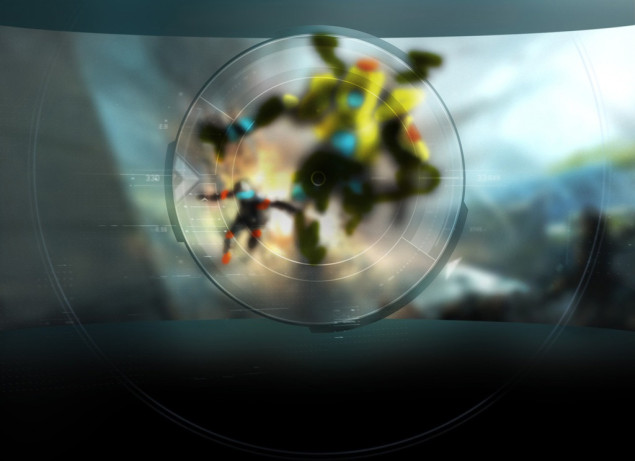