Those who pre-ordered from select retailers will gain access.

A report on French site Xboxygen (via NeoGAF) has revealed that those who pre-ordered Respawn Entertainment’s TitanFall will be able to take place in a beta scheduled for February 14th to 19th. As of now, participating retailers in this include Micromania in France and GameStop in the US. Check out the image below (courtesy of Xboxygen) if you’re skeptical. 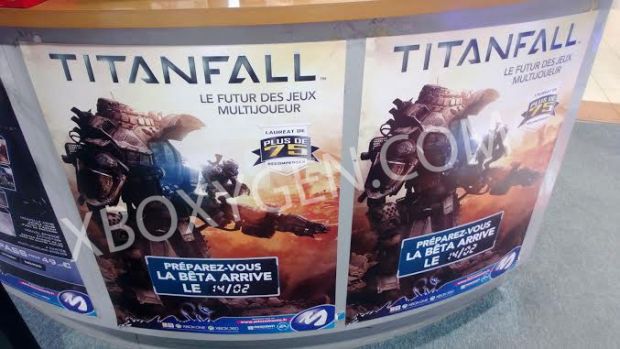 Consumers got their first taste of TitanFall when Respawn and EA allowed Xbox One players to play the alpha online. Since then several details have been revealed including the current state of the AI bots, the combat and how it plays out between humans and Titans alike, etc.

While the alpha was limited to the Xbox One version, it hasn’t been confirmed if the upcoming beta will be for Xbox 360, PC and Xbox One. TitanFall is currently scheduled to release on March 11th in North America and March 14th in Europe.