Also included: the perils of being community manager. 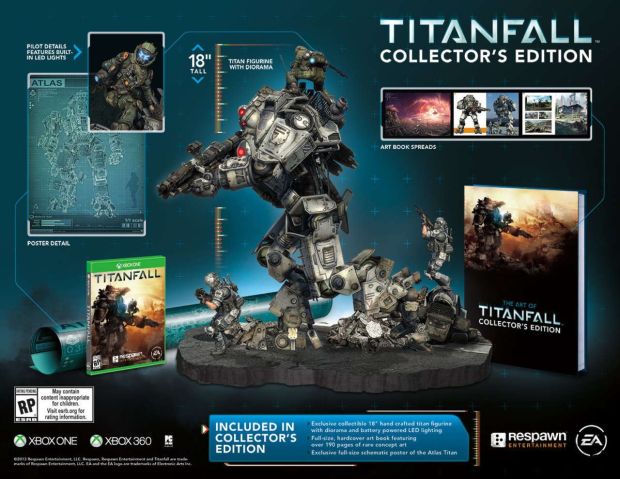 Bigger is better. Why have more team-mates when you could have a large Titan mech following you around in Respawn Entertainment’s TitanFall, for instance? To further reflect this sentiment, Respawn revealed the Collector’s Edition box for the game, which costs $250 and is big enough to fit a person inside. It’s at least big enough to fit Community Manager Abbie Heppe, according to a video posted by Respawn co-founder Vince Zampella.

The Collector’s Edition will include the original game, a +190 page hardcover artbook, an Atlas Titan poster and an 18 inch hand crafted figurine of a Titan with its own diorama that even requires batteries for its LED lights. That would explain the box’s size but this figurine truly is a thing of beauty.

TitanFall is currently slated to release on Xbox One, Xbox 360 and PC on March 11th in North America and March 14th in the UK. Will you be picking up the admittedly expensive Collector’s Edition? Let us know below.