You all can see it then.

Titanfall, the eagerly anticipated next generation shooting action game from Respawn Entertainment (which, incidentally, is headed by the same guys who gave us Call of Duty: Modern Warfare), will be hitting March 11, 2014.

Titanfall is a persistently online next generation action game experience that will be hitting the Xbox One exclusively out of all next generation console; nonetheless, an Xbox One purchase is not necessary to enjoy it, as you can just play it on PC or even your Xbox 360, both of which are also getting the game.

“Since we revealed the game in June we’ve been absolutely blown away by the reaction to Titanfall,” said Vince Zampella, a Co-Creator of Call of Duty and Co-Founder of Respawn Entertainment. “The feedback we’re getting from fans around the world is fueling our team as we head towards March and motivating us to deliver an experience that lives up to the hype.” 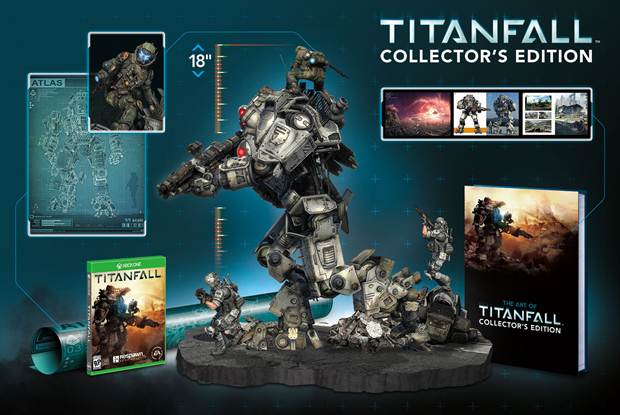 In addition to the standard edition, a Titanfall Collector’s Editon will also be available. It will include an exclusive collectible 18” hand-crafted titan statue with diorama and battery-powered LED lighting, a full-size art book featuring more than 190 pages of rare concept art, and an exclusive full-size schematic poster of the Atlas titan.