Our editor Ravi Sinha got an opportunity to have a chat with Collin van Ginkel, co-founder of Two Tribes. Sinha asked him a few questions regarding how the gaming is coming along, gameplay mechanics and the reason behind the delays in launching the game.

Read the full interview below.

Ravi Sinha: So from the Game Boy Color in 2001 to the Wii U and Steam for PC/Mac in 2013. It’s been quite the journey for the little yellow bird, hasn’t it?

Collin van Ginkel: You didn’t know Toki Tori’s life officially started back in 1992 on the MSX-2 system as Eggbert? It’s a three decade spanning journey already, which makes me feel really old! Thanks!

Ravi Sinha: Toki Tori isn’t your typical video game hero, yet he sacrifices quite a lot for the sake of his family. Was it a desire to approve to a wider age group or to simply go off the beaten path when coming up with a hero?

Collin van Ginkel: Toki Tori sort of happened to come into existence. He started off as a walking egg and for some reason became a bird. There’s no master plan there.

We did redesign him when we moved to 3D models for the WiiWare reboot we did. We tried to make him into a character with a lot of personality without being too cute.

Ravi Sinha: How will Toki Tori 2 evolve on the puzzle-platforming formula set about in the first game, such as with the interactive storyline and open world?

Collin van Ginkel: We’ve thrown a lot of the old Toki Tori out and kept the core values that people appreciated about the game. So it’s a brand new game which hopefully both appeals to our fans but also manages to reach a wider audience.

The big difference is that it is indeed an open world and that Toki Tori’s abilities have been limited even more, stripping him completely of his tools and weapons. All he can do is whistle and stomp, so he needs the help of the game’s inhabitants to get around. It’s a much friendlier and deeper mechanic than the old Toki Tori.

Ravi Sinha: Today’s mobile and social gaming scene has evolved to astronomical proportions. As with the original, will Toki Tori 2 be making its way onto iOS and Android or even to a massive social audience in the near future?

Collin van Ginkel: Actually, Toki Tori 2 design has evolved to require proper directional controls. We are not a big fan of virtual controls on touch screen devices, so to be honest we don’t have a clue as to how we’d go ahead and make an iOS version. We’re going to worry about that later!

Ravi Sinha: Looking at today’s blockbuster games, including the party titles of more well-known franchises like the Rabbids, where does Toki Tori 2 fit into the Wii U’s lineup?

Collin van Ginkel: As of this moment, we don’t think there is any game on Wii U that compares to the Toki Tori 2 play experience. Of course all games are different, but since it’s so early in the system’s lifespan we’re pretty sure we are filling a gap in the eShop’s offerings.

Toki Tori 2’s a decidedly classic game experience, not looking to shoehorn every new feature into the game’s design. 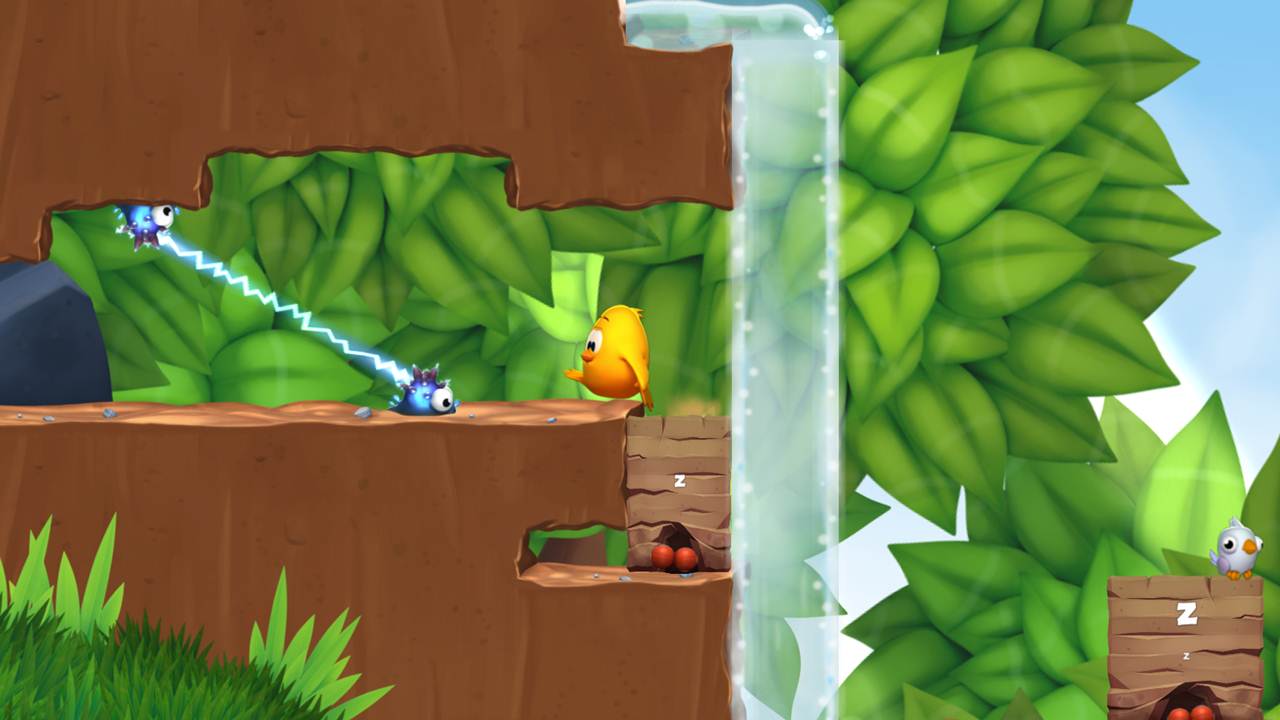 Ravi Sinha: Is it more difficult to cater to a generation that identifies with Assassin’s Creed and Call of Duty as much as Angry Birds and Cut the Rope when it comes to gaming – or has it been easier?

Collin van Ginkel: I think it’s too early to make that call. We’ve basically made a game that we’d love to play ourselves. Since we’re getting pretty old now (thanks again!) we may be blind to what the new players like. We will see the outcome later this year.

Ravi Sinha: Could you elucidate a bit about Toki Tori 2’s Wii U features, and how it takes advantage of the Wii U Gamepad?

Collin van Ginkel: As I mentioned, we didn’t shoehorn every feature into the game’s design. Instead we looked at how the Gamepad could compliment the game experience. We use it for a few small things, but the major features are the Tokidexm which uses the gamepad as a viewfinder to take pictures of the creatures in the game, and of course we also fully support off-TV gameplay.

Ravi Sinha: Has Steam helped the exposure to Toki Tori 2 better than if you went the typical retail route from the last decade? How does it help you find and cater to your audiences better?

Collin van Ginkel: We’ve been focusing on Wii U for the last couple of months, but we’re keeping our beta on Steam updated too. Steam allows us such a great direct connection with our fans, it is amazing and one of the things we love the most about Steam. 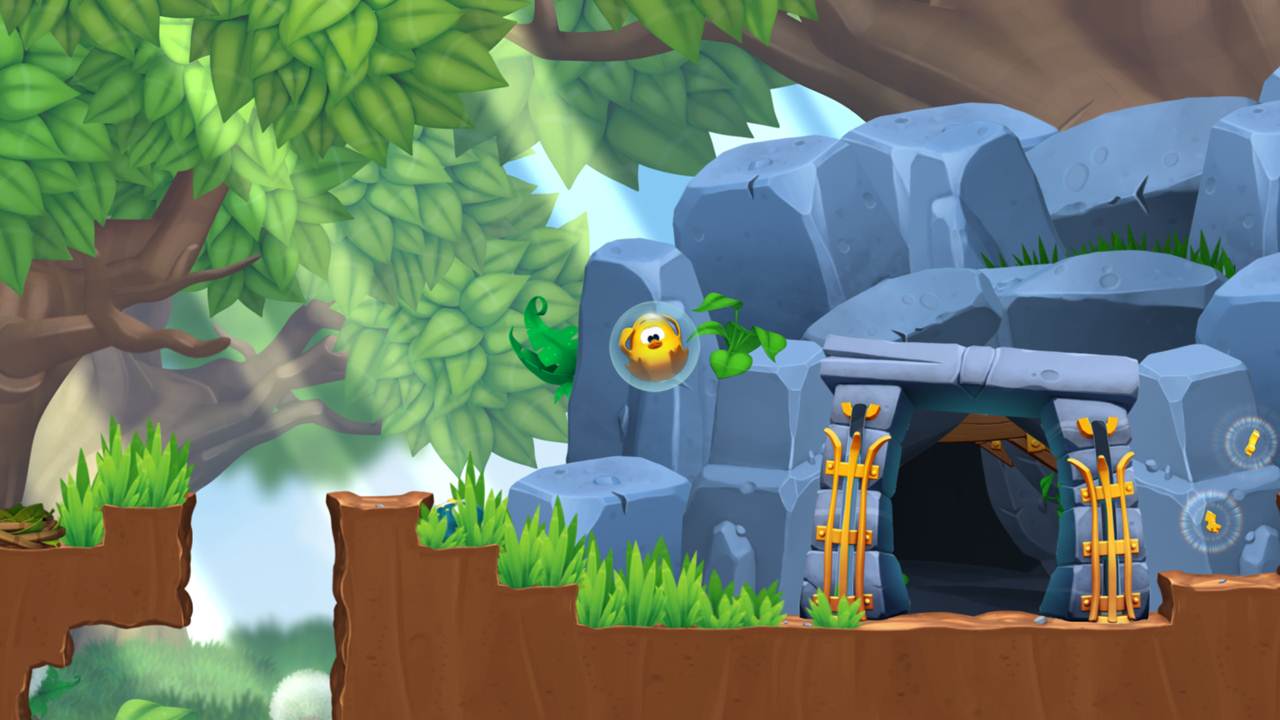 Ravi Sinha: Toki Tori 2 was delayed from December 20th 2012 till early this year due to several “weak spots” the development team wanted to iron out. Tell us a bit more on those weak spots, and how they’re coming along.

Collin van Ginkel: I actually wrote a blogpost on this today, you can read it here.

Ravi Sinha: Finally, a solid release date for Toki Tori 2. Can we get one, or is there going to be an announcement soon on the same?

Collin van Ginkel: We’re close! But a date has not yet been determined. We’ll be sure to let the world know when this changes!