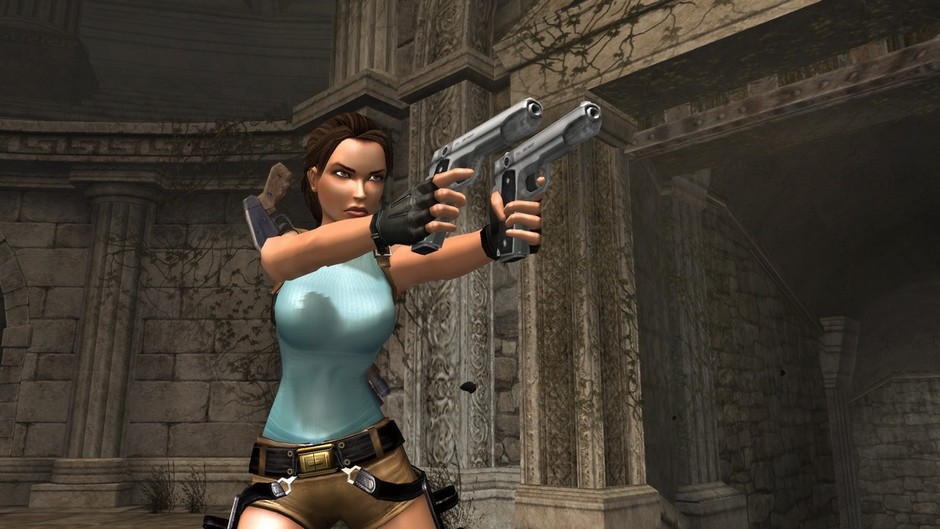 At first, when hearing the title of the game Tomb Raider Trilogy, I thought to myself wait there are a hell of a lot more than three Tomb Raider games, but the Trilogy includes Tomb Raider Legend, Tomb Raider Anniversary and Tomb Raider Underworld.  All the games have been remastered into HD format with the exception of Underworld with it have being released no so long ago for Next Generations consoles.   Everyone should be familiar with Lara Croft and a game know as Tomb Raider, with it not only being one of the most classic video games in history, there have also been films made from the game featuring A-List actress, Angelina Jolie as Ms. Croft and another Tomb Raider film is said to be on the way.  There is something naturally intriguing about a woman kicking ass, with Tomb Raider being the first series to do it in video games, even though it is seen elsewhere it is not simply that fact that makes Lara Croft such an iconic figure.

Lara Croft starts her story originally as an upper class girl with everything she needs, but that does not stop her from getting into trouble when she goes off as an adventurous treasure hunting for history among many other things.  This is a type of plot that has been copied time and time again, but Lara is the originator of it in the late Western media at least.  With so many people who know of her it only makes sense to have a Trilogy of her games released.  Some of the games steer away from this original plot but certainly does not take away from each games experience, but only adding to it.  Now it sure was nice to see Lara Croft in 720 HD for the first time in Tomb Raider Legend and Tomb Raider Anniversary.  Crystal Dynamics developed all three of the games in the Trilogy so it makes sense that they are packaged together, with it being published by Square Enix.

Now without staying to much on the subject of each game, because they have been reviewed before, here is a brief explanation of the titles.  Legend released in 2006 after not seeing her in the gaming scene for a while, is Lara’s journey to find Excalibur in reference the King Arthur legend hence the title. In Anniversary Lara is on the hunt for an artifact that her father had failed to originally find and then Amelia Croft seems to have gone missing.  Underworld is a direct sequel to the two previous titles, but has major gamplay changes in it adding different kinds of equipment and toys.  The title didn’t do so well but boasted Lara Croft on the Playstation 3 in full HD for the first time as well as tying the previous two games together.  Each game can take around 8 hours to complete so it is quite a package.

With all three titles packed in here you will travel all over the world, from Tokyo to Bolivia, to Peru, Greece, Egypt and even a pre-Incan civilization.  Now the Tomb Raider series from day one has always boiled down to one of the most difficult platformers ever.  Lots of jumping from cliff edge, to vine to platform that all must be perfect or you will wind up starting all over again.  Along with the puzzles and combat, it makes the whole series quite difficult but addicting.  It is important to note that Legend and Anniversary had been available for the Xbox 360 but have never looked as good before this Playstation 3 Trilogy.  Also the Xbox 360 exclusive additional content available for Underworld is not in the game but is not much of a loss either.  Now with Legend and Anniversary in 720 HD for the first time, it certainly looked great from the environments to Lara Croft herself but every now and then there were minor visual glitches that I have been used to seeing in original Playstation games among other older consoles.  There is also the camera factor that has never changed… sometimes it is perfect, sometimes it is in the way of what you have to do making it very frustrating. 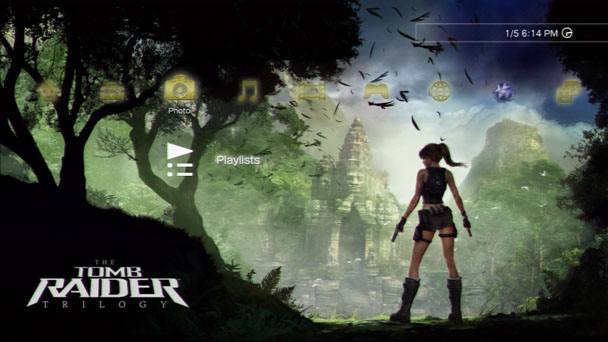 The whole package together as a whole though far exceeds each game individually.  There are many extras in the Tomb Raider Trilogy like video developer diaries for each game as well as extra costumes for Lara that you can unlock and use later on and replay levels with.  The game also includes a Playstation Home Theme and Avatar Costumes.  Tomb Raider Trilogy may be a must for any hardcore fan of the series with a Playstation 3 while if you just kind of like the series and have played all the games already, you might want to pass.  However I could not thing of a better title to go along with someone who is just getting a Playstation 3 or anyone that has not really got to partake in the Tomb Raider series.  With Eidos Interactive developing the original, Crystal Dynamics has developed all three of these generally newer titles compared to the age of the series that everyone should at least experience.  With a $40 price tag you cannot really go wrong with this package.  While it is hard to review the Trilogy compared to each game, if you have not played one of the games included, it only makes sense to pick this package up.

Rare visual glitches, camera issues remain a problem at times. Controls are difficult when it comes to combat and the platform jumping remains difficult.

Tomb Raider Trilogy is a great package that hardcore fans and newcomers are sure to enjoy.

A copy of this game was provided by developer/publisher for review purposes. Click here to know more about our Reviews Policy.
Tagged With: Crystal Dynamics, ps3, Square Enix, Tomb Raider, tomb raider trilogy