The dreaded/anticipated Fall season is finally in full swing. October marks a number of high profile releases from long-awaited sequels to…well, even more sequels. Today we’re going to look at the top 10 releases you should be playing next month.

Another year, yet another WWE 2K title from Yuke’s and Visual Concepts. Don’t get us wrong – there’s a lot to look forward to in WWE 2K19. Showcase Mode returns, this time focusing on Daniel Bryan’s journey from humble newcomer to Wrestlemania main eventer. MyPlayer Towers allows for daily, weekly and pay per view challenges with, and MyCareer mode will also return to provide a more linear story for your custom created wrestler. With stars like AJ Styles and pre-order bonuses like Rey Mysterio and Ronda Rousey, will WWE 2K19 regain some semblance of glory when it releases on October 9th for Xbox One, PS4 and PC? Time will tell. 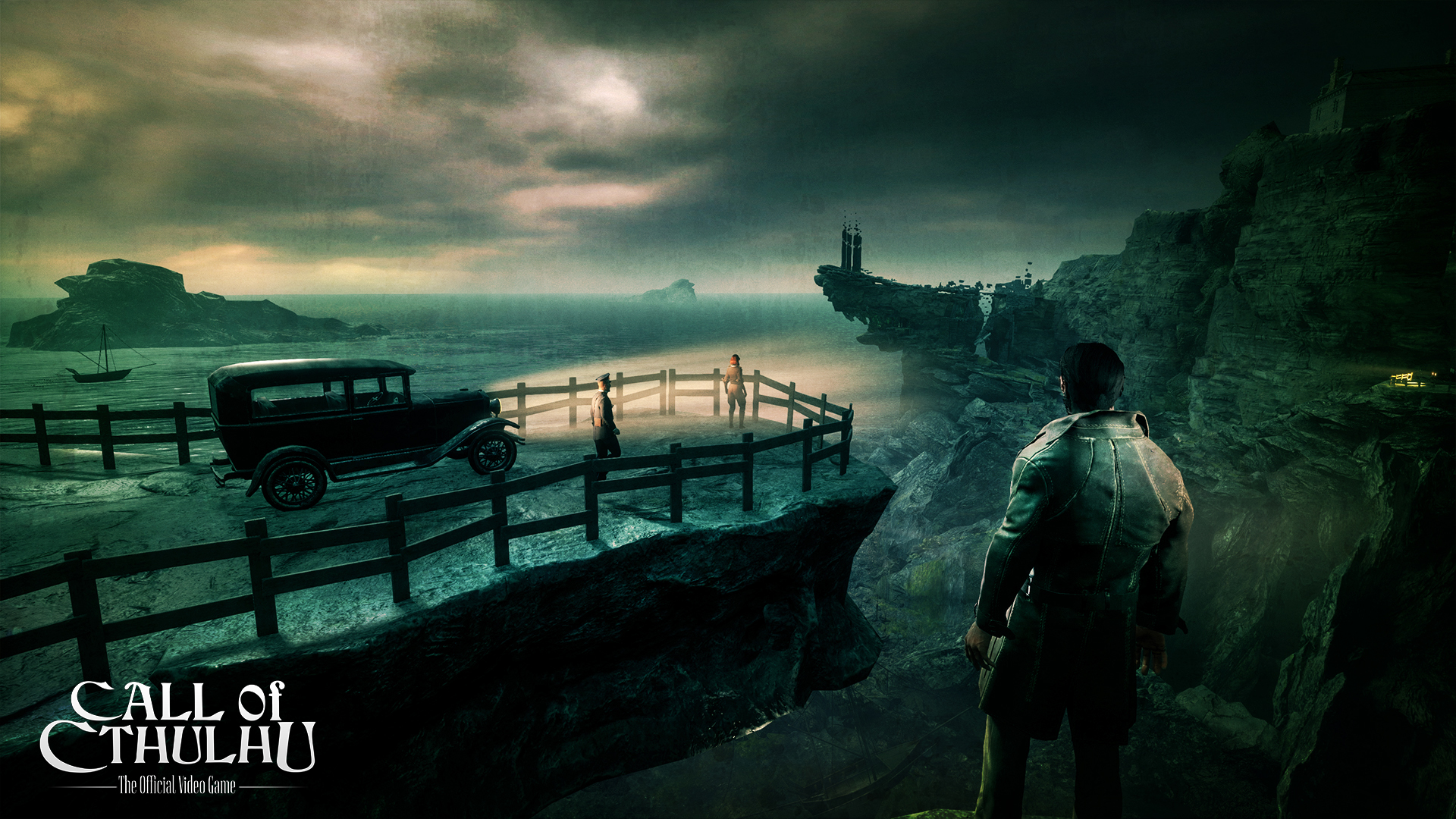 Creating a proper video game experience centred around H.P. Lovecraft’s horrifying creations is tough. Nevertheless, we’re incredibly hyped for Cyanide’s Call of Cthulhu. Players assume the role of investigator Edward Pierce as he heads out to Darkwater Island near Boston to solve the death of a family. Focusing more on investigation and conversations, Call of Cthulhu will also see Pierce struggling to maintain his sanity in the face of hallucinations and cult-like figures. Will he make it out alive? We’ll find out on October 30th when the game launches Xbox One, PS4 and PC. 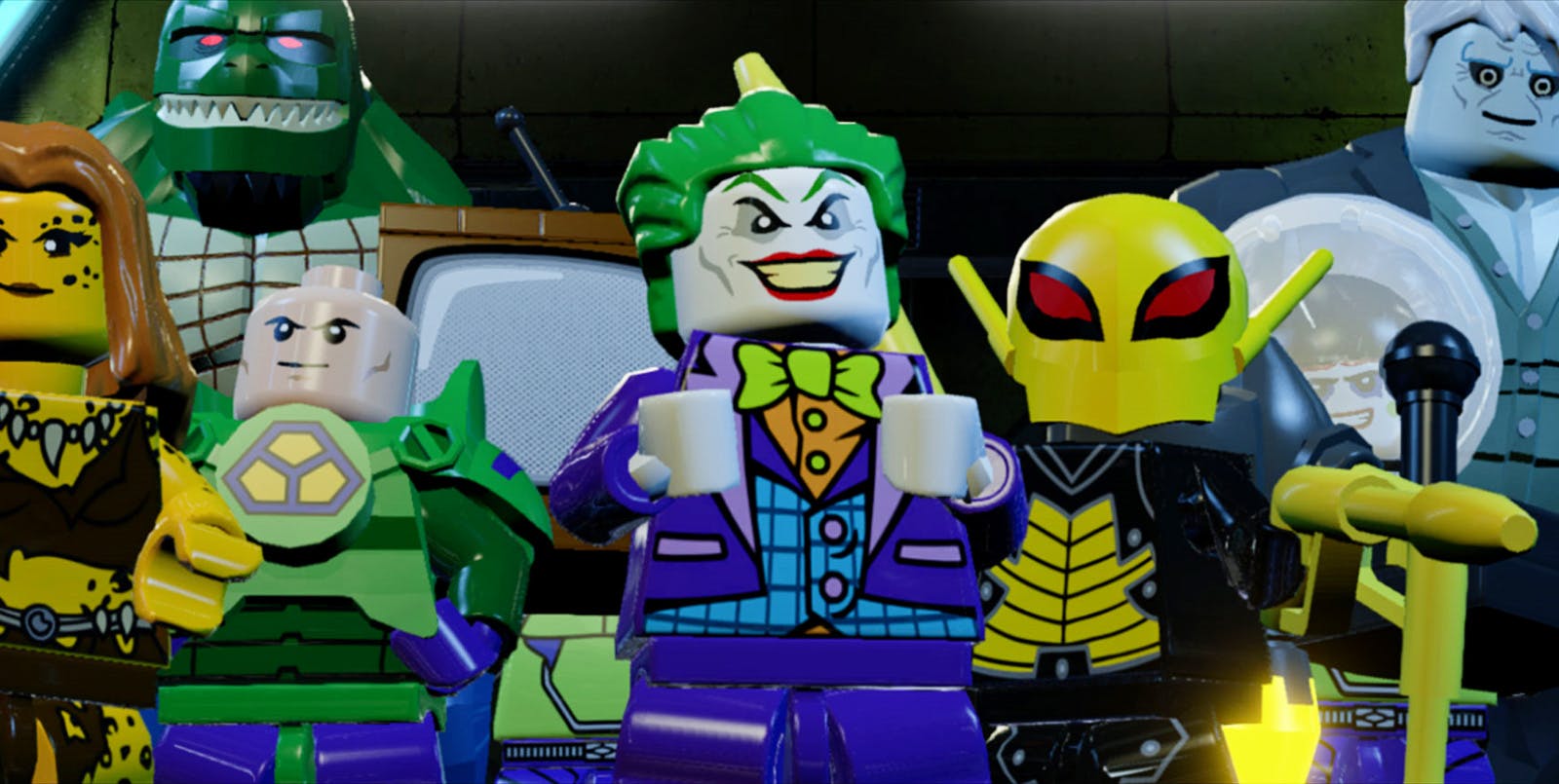 Why should good guys have all the fun? Traveller’s Tales’ LEGO DC Super-Villains is turning the tables by allowing us to control a variety of famous villains. Of course, while gameplay is similar to previous LEGO titles, complete with two-player co-op, it’s now possible to have a fully customizable character that’s integrated into the story. If battling heroes as the Joker sounds appealing – that too from the lens of LEGO humour – then LEGO DC Super-Villains might be worth checking out when it launches on October 16th for North America and October 19th worldwide for Xbox One, PS4, Nintendo Switch and PC. 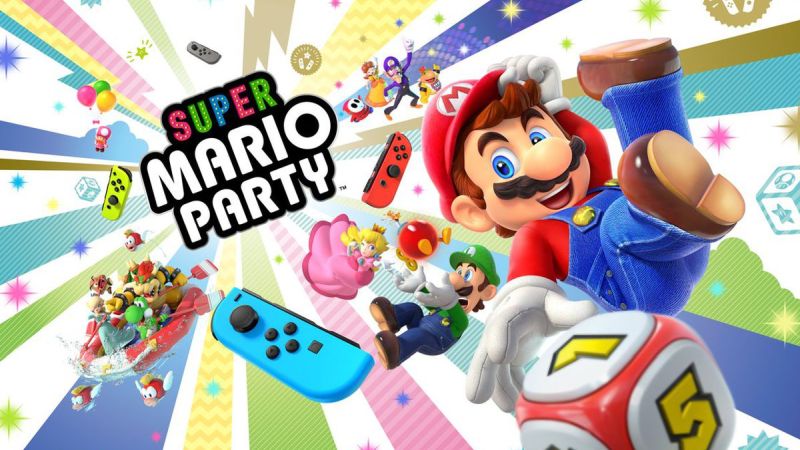 Before the latest Smash and much before anything that could potentially keep your friendships together, the first Mario Party for Switch will be releasing on October 5th. Super Mario Party, as the name implies, brings new mini-games, the ability to play on a single Switch and even linking multiple platforms together for certain activities like Toad’s Rec Room. The jury is out on whether the gameplay actually improves on predecessors. Just try to stay friends after extended play sessions. 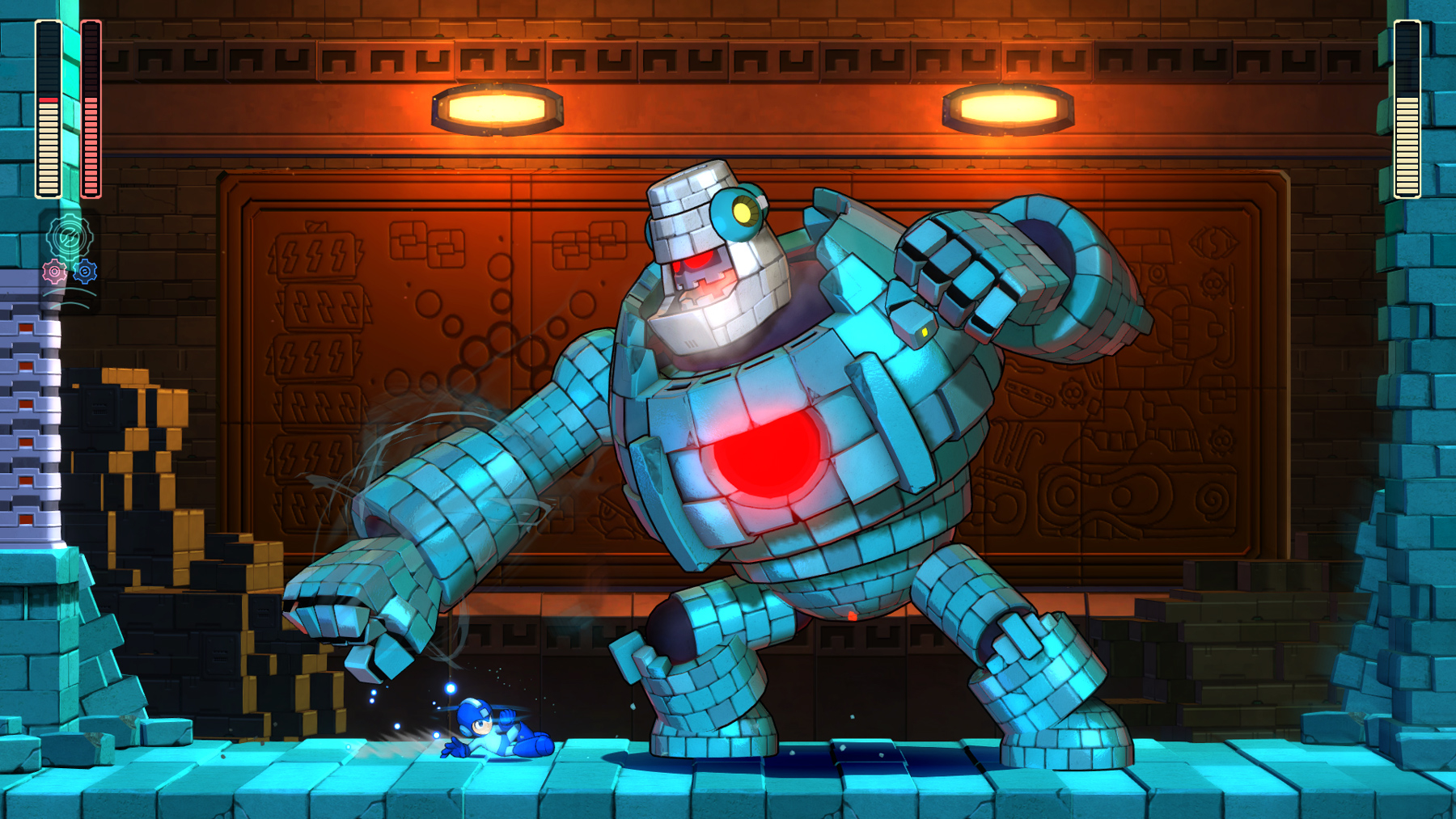 No, this isn’t a new Mega Man X title but Mega Man 11 looks pretty darn good with its sumptuous visuals. The same platformer shooting action that fans know and love is still here with eight Robot Masters to fight across eight stages. However, the new Double Gear system has us more intrigued. Mega Man can now activate the Power Gear system to fire a powerful shot or slow down time with the Speed Gear. At low health, a super powerful blast can be activated using both gears. Time Trials, Missions, leaderboards and more are included with the base story. Fortunately, we won’t have to wait long as Mega Man 11 releases on October 2nd for Xbox One, PS4, PC and Nintendo Switch.

Treyarch’s latest Black Ops breaks away from an established Call of Duty tradition by having no single-player campaign. Nevertheless, Call of Duty: Black Ops 4 will have multiplayer, three Zombies maps instead of one (each with their own stories) and the Battle Royale mode Blackout. Blackout has already impressed many with its level of polish and well-crafted world design. Zombies will bring mutations and challenges to keep PvE players occupied. Will the entire package hold up over a long period of time? We’ll find out when Call of Duty: Black Ops 4 launches on October 12th for Xbox One, PS4 and PC. 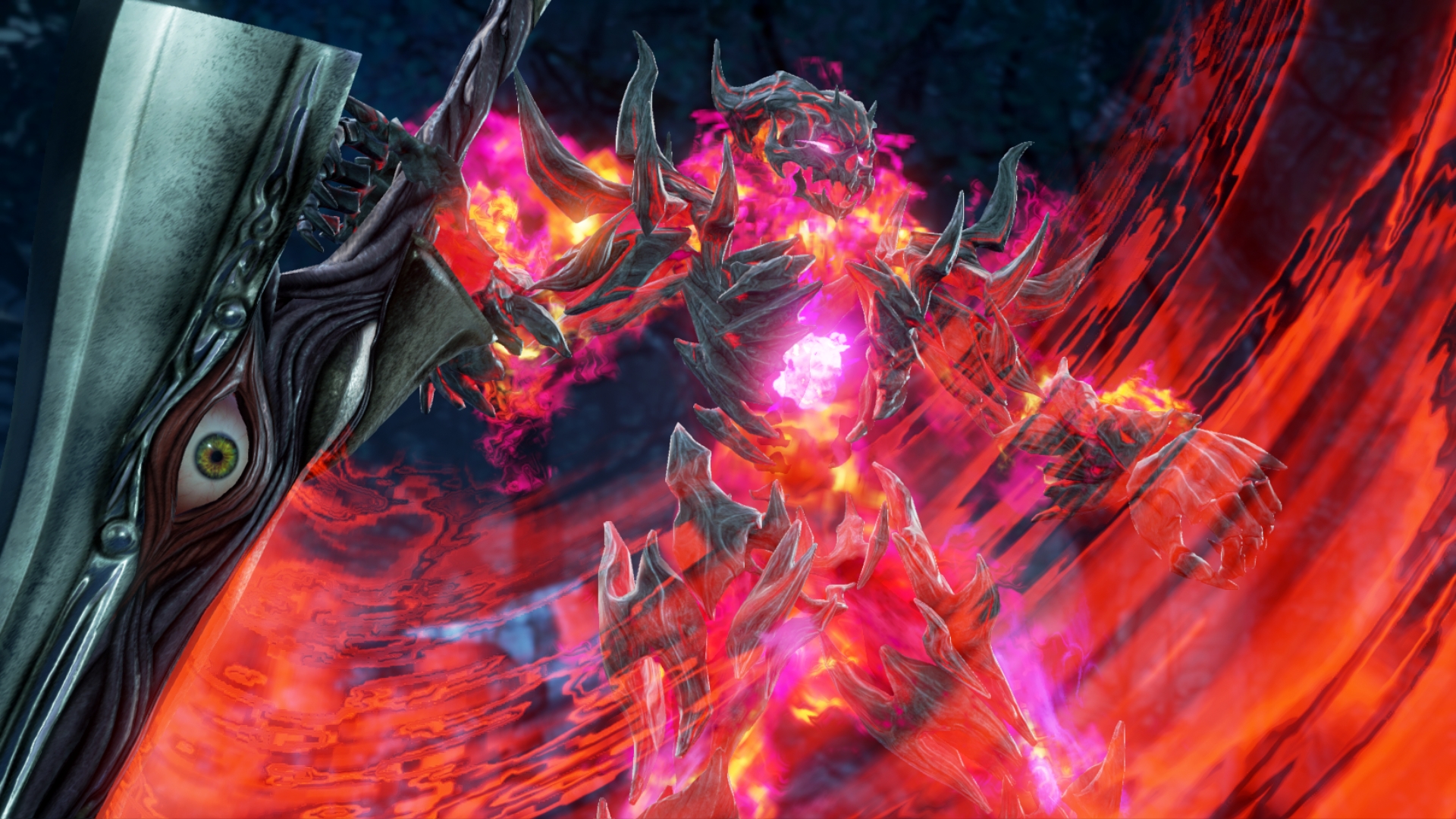 Yet another long-awaited sequel is Bandai Namco’s Soulcalibur 6. Classic characters like Mitsurugi, Sophitia and Kilik return along with a few new characters including Geralt from The Witcher 3 as the story revisits hidden events from the first game. Soulcalibur 6 won’t just feature the same weapon-based combat we’ve always loved – it will have special moves, special slow-mo sequences and the return of ring-outs. If that weren’t enough, along with the Soul Chronicle story mode, there’s Libra of Soul, a campaign for one’s custom character. Soulcalibur 6 is out on October 19th for Xbox One, PS4 and PC.

Releasing just a year after Assassin’s Creed Origins, Assassin’s Creed Odyssey veers even further into RPG territory. The story this time around is set in Ancient Greece with two protagonists – Alexios and Kassandra. As a Spartan mercenary that travels away from home, you’re given the option of fighting in the Peloponnesian War for either Sparta or Athens. With more combat possibilities, an impactful dialogue and choice system, beasts like Medusa and an even larger world to explore, Assassin’s Creed Odyssey promises an even more epic adventure when it releases on October 5th for Xbox One, PS4 and PC.

Perhaps the best open world racing title of this year – and several other years – Forza Horizon 4 heads to jolly old Britain for one’s Horizon shenanigans. Working one’s way up as a rookie to the Horizon roster, there are now four seasons to play through with their own respective events and Showcases that open up. Forza Horizon 4 also packs tons of vehicles, player housing, an improved progression system that constantly rewards the player, Forzathon live events, Seasonal championships and much, much more to race through. It’s out on October 2nd for Xbox One and Windows 10 PC.

We’ve been waiting since 2010 for Rockstar to deliver a sequel to Red Dead Redemption and it’s almost here. Though the story takes place before the events of the first game, Red Dead Redemption 2 is a massive step forward in terms of visuals, world design and missions. Players will control Arthur Morgan, traveling with the Van der Linde gang, fraternizing with your comrades and picking up new activities in the process. You can partake in bank heists, build your relationship with an entire town, go hunting, fish and so much more. That’s not even including the online mode which launches in November. Red Dead Redemption 2 releases on October 26th for Xbox One and PS4.