[dropcap]M[/dropcap]etal Gear Solid games are famous for heavily convoluted plot, dramatic sequences and some of the most amazing boss fights. But there is one more area where the series has excelled too. There have been many instances throughout the 20 year old history of the franchise where the player’s heart has been touch or got so driven by the moment that we actually started feeling a part of the game. Let me present to you those moments where some scenes have literally touched our hearts.
Note: The list below has spoilers in it. Proceed with caution. For users who want to see the gallery of these moments you can check it out below and for those who want to see the video along with the description, skip the gallery.
For Gallery: Click the images to see them in a pop up or use back-next to navigate through them. 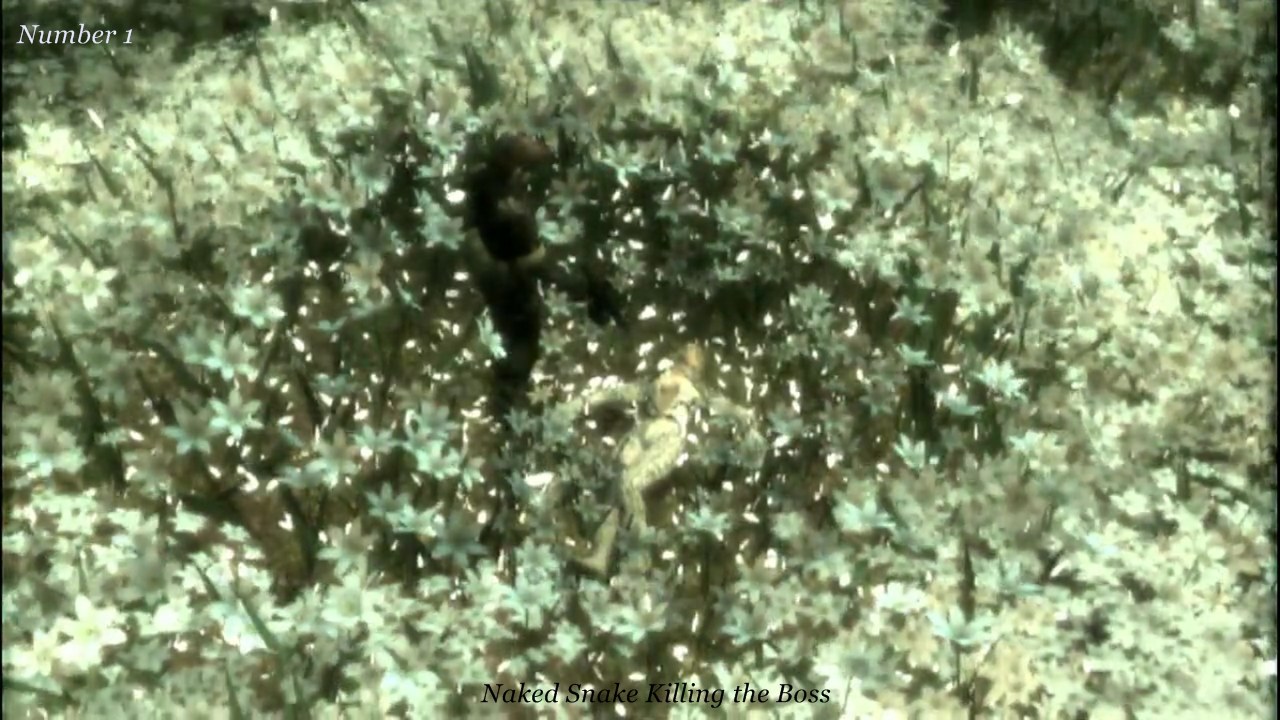 11. The end of Naomi Hunter
It seems like whomever Otacon loved had to die. In MGS he lost Sniper Wolf and in MGS2 he lost his sister due to Vamp. In MGS4 Naomi and Otacon got so close to each other that for a few scenes he left wearing his glasses. After Raiden gets rid of Vamp, it is revealed that she is suffering from Cancer. After hearing this and seeing Naomi losing her life, Otacon goes ballistic. He even electrifies Snake and finally Raiden had to carry him to REX. The scene closes out with Otacon saying, “It looks like I have not lost everything yet.”

10. Big Boss finally letting go of his past
At the end of Metal Gear Solid: Peace Walker, Big Boss realizes that the AI inside Peace Walker is really of the Boss. As the time of the fake missiles’ impact approaches, Peace Walker manages to walk toward the lake to drown itself and finally stop the signal. As Peace Walker sinks below the lake, Snake comes to terms with his past and throws away his bandanna.

9. Meryl getting shot
Talk about getting shot in the gut and still caring about the guy you like (love?). Meryl was a complete noob back in the days of Metal Gear Solid 1 and when she got shot by Sniper Wolf she delivered an oh-so inspiring speech to Solid Snake. I must really admire the deepness of the voice acting and the amazing Japanese folk style music in the background making it easily one of the several “best” heart touching scenes in Metal Gear Solid. Take a look below.

8. Emma Emmerich dies
Emma Emmerich was such a sweet looking baby! But that son of ***** Vamp kills her during the incident at Big Shell. Even while dying, she asks Otacon whether the virus worked while it was being uploaded to GW…just goes to show to that she cares about her duties and responsibilities even when she knows she’s not gonna last long. The way Otacon bursts in to tears by seeing her parrot and shouting “EE” can break any body in two who has a sister. Even Snake and Raiden…well you have to see their faces to understand what I am talking about.

7. Solid Snake has no future
This scene takes place in ACT 4 briefing where Raiden urges Snake to let him take over the mission. Raiden then talks about how alone he has been and how it rained the day he was born. Then in order to pacify Raiden, Snake removes the bandage on his face and says, “I have no future.” And the rest is history. Jump to 4:50 of the video to watch.

6. The truth about the Boss
Imagine this. You have just killed someone you love and is also possibly the greatest women soldier that lived and in the end you come to realize that it was all a set up. A set up to cover up a country’s innocence.   After knowing the truth, Naked Snake gets the title of Big Boss, but is he happy? No. All the others around him are cheering but he knows, he knows he has been played. The game ends with Snake saluting the Boss at her grave.

5. Big Boss finally makes peace with Solid Snake
A man, who was supposed to be dead, returned in MGS4, but, not to fight with Solid Snake, but to make peace with him and to explain the truth. “Let it go! I am not here to fight. My son, or should I say…brother.” Absolutely epic. It ‘s just amazing and really depressing to see how these two people who were raging for each other’s blood years ago are now at peace. Big Boss finally signs off with, “Feels good, doesn’t it?”

4. Gray Fox getting killed by Metal Gear Rex
Solid Snake’s best friend not only saved Snake but also took care of REX by destroying its radome. But some of the earlier conversation between Snake and Fox is heartbreaking. Fox reveals how he was the one who actually killed Naomi’s parents and how only Snake can free him from his misery. In the end he gets crushed by Rex. His ending words: “Fighting was the only thing I am good at, but at least I fought in what I believe.”

3. Raiden saves Snake
Raiden is one guy whom I never liked in Metal Gear Solid 2: Sons of the Liberty. But Hideo Kojima did a wise job with him in Guns of the Patriots by making him a “gekko cutting” ninja. Not only did Raiden sliced and diced the mechs but he did one amazing feat. He saved Snake from getting crushed and in the process almost got himself killed. First of all, Raiden gets stuck under a pile of debris and when he is not able to pull out, he cuts his arm off with his own blade! If that was not enough he then saves Snake from getting overrun by Outer Haven. But the way Raiden shouts, “Rose!!!!!!!!!!!” is truly heart breaking! I mean he might have hated Rose throughout the game, but the guy just showed that he loved her like anything!

2. Solid Snake going through the microwaves
This has been listed across the internet, so it was impossible for me not to list this. Solid Snake passing through the microwave hallway is not only heart breaking but is the most mind boggling scene in video games ever. I have been an avid fan of the series for over a decade now, and I just can’t help but press the triangle button as fast as I can, while tears were flowing were flowing out of my eyes. This is easily one of the best moments in this generation of gaming.

1.  Naked Snake Killing the Boss
Killing your own mentor. Killing your own mother. Killing someone with whom you share something deeper than love is sure going to break a mind’s heart and mind. Naked Snake killing the Boss was one of the most heart breaking incidents not only in the whole Metal Gear Solid franchise but perhaps in the history of video games.  The deepness of their relationship can be felt by reading the conversation that Eva and naked Snake have in MGS3:
Eva: Snake, is there anyone you like?
Snake: I have never been interested in anybody else’s life…
Eva: But you were interested in the Boss. What’s the story between you and her?
Snake: She was like my mother…and my master.
Eva: And your lover?
Snake: It went deeper than that. Half of me belongs to the Boss.
Eva: Do you love her?
Snake: No, nothing like that.
Eva: Do you hate her?
Snake: Does it have to be one or the other, love or hate?
Eva: Between a man and woman, you bet.
Snake: For ten years we lived and died together. You couldn’t possibly understand.
Eva: And you think you can kill her now? Assassinating the Boss. That’s you mission isn’t it?
And that’s what Naked Snake did at the ending of MGS3. Check the video below: