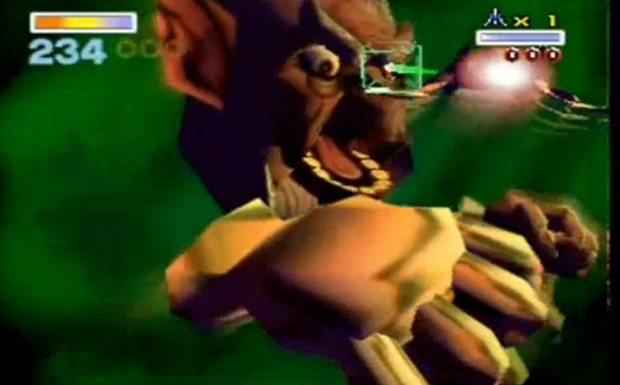 Yep. That’s right. Apparently a disembodied head and a pair of hands is meant to be an intimidating final boss. He isn’t all that stupid looking in abstract, but in context it is so much worse. Whilst flying through Andross’ base in an attempt to thwart his evil doings during the final level, our nemesis lambastes you with furiously demeaning insults and basically rips into you for being so powerless to stop him. By the time I’d reached the end of the stage I was absolutely gasping to show this prick just how wrong he was. Then it turns out he’s just a giant ugly face with no body. It just felt like I was beating on someone with a physical disability after that. After all, maybe he would’ve dodged all my lasers if he only had; gee I don’t know, legs or something. His second form wasn’t much better… 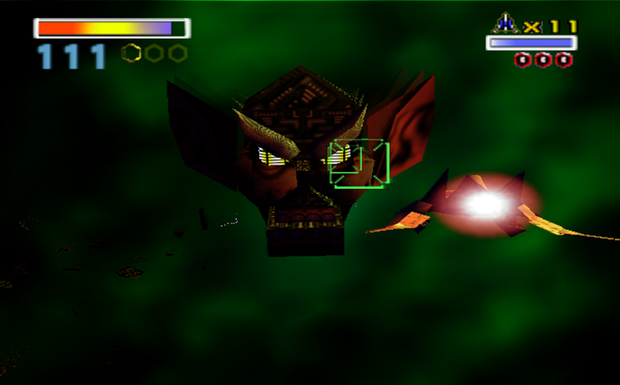 And now he has no skin. It’s nowhere near an even playing field now.

As if removing his skin will make him a more convincing villain. And if this wasn’t lame enough, you should see what he looked like in the game’s prequel Star Fox on the SNES. 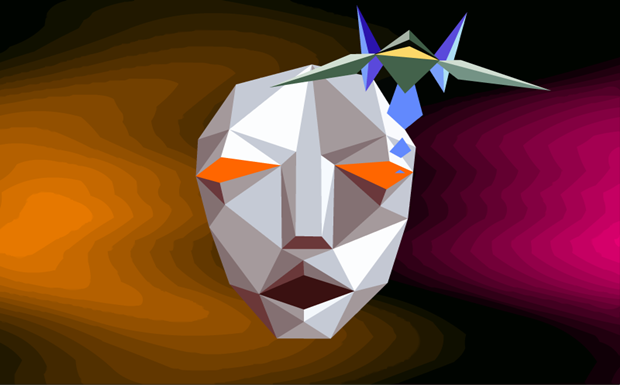 I rest my case…

Many of you may have missed out on the guitar-wielding super-heroic awesomeness that was Gitaroo Man, and for that I pity you. Gitaroo Man was a game that provided an intensely musical rhythm action game experience (without any bloody guitar peripherals…) and it also graced us with such a bizarre looking and strange sounding bad guy, that he couldn’t help but feature somewhere on this list. Enter Gregorio the Third, a man capable of combating our tastefully shredding protagonist only by using his church organ and a bizarre choir of naked cherubs. Add in the bizarre quotes about the sin of beauty and, what can only be described as pseudo cross dressing and, we have a rather strange looking villain indeed. But enough words, check out Quadraxis14’s video above to really see what I mean. Skip to 1:17 for the real fight.

I reckon this guy would also make the top ten list of bad guys with terrible names. I mean “The Hate?” Seriously? It sounds like something out of an angsty teenager’s sketch book. When he first appears in the lesser known survival horror title Condemned: Criminal Origins, you’d be tempted to pass him off as a mere hallucination to add to the psychological horror the game did so well. Sadly this wasn’t the case, and The Hate became a recurring nemesis, yet he just isn’t distinctive enough to justify a continued presence in the game. I got the whole abstract dream like villain design, even if the metal bits sticking out of his head did make him look like he should be wearing a foam helmet. It is more the nature of The Hate as a psychological demon our protagonist, Ethan, must battle being shattered when other characters take notice of him at the end of the game. The subtle bubble of horror created by Condemned was brutally popped during the game’s conclusion, and it was all because of this guy. Skip to 3:07 in the video to check him in action. Many thanks to TriggerWojtas for his video.