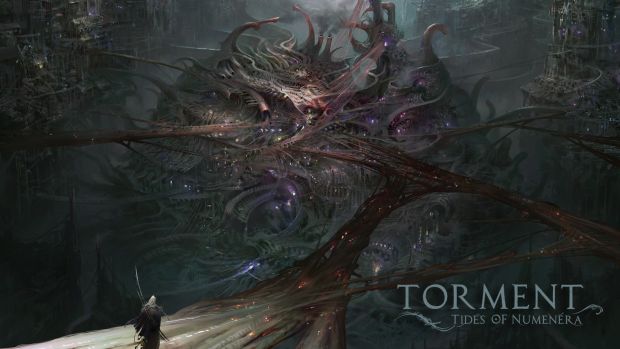 Over the weekend, dataminers of the pre-release build for Torment: Tides of Numenera discovered that a companion promised through a stretch goal was missing. Developer inXile Entertainment quickly took to the forums to explain the logic behind some of the cut content.

It first noted that, “The companion roster has been slightly reduced from our initial plans. During development, we found that the more far reaching and reactive our companions were, the better they felt and the more justice it did to the original Planescape: Torment.

“We did not want to leave some companions feeling shallow, with storylines that felt incomplete, or be forced to shove them into the late game.”

It should be noted that any companions cut could re-appear in future DLC and expansions which backers will not be charged for. As for the Oasis, a hub area that was also part of a stretch goal, it actually hasn’t been cut but moved into a larger zone.

“Despite being one of the earliest locations we showed, the Bloom was originally intended to be smaller than it ended up being.

“Though we initially planned for the Oasis to be our second major story hub, over time our fascination with the Bloom’s darker, more Tormenty feel, led to it being recast as the game’s second major city hub instead. We felt creatively this was the right thing to do, and the change did not shorten the gameplay experience.”

Sadly, the Voluminous Codex journal will be released as an external lore book instead of the interactive in-game item most wished for. Finally, it seems crafting has been cut simply because it wasn’t working with the design.

“We had some early design done, but everything ended up feeling like an MMO-style system, and that just didn’t fit Torment’s gameplay. Instead, we re-purposed those resources, adding significantly more and better Cyphers and Artifacts to the game. We also added some elements that are thematically in line with crafting.” The replacements for crafting were detailed in the post.

The developer also noted that many other stretch goals had been showcased to backers and that “others, like the Ascension, the Labyrinth and its added elements, expanded epilogues, deeper companions, etc. will show up too”.

Torment: Tides of Numenera is out on February 28th for PC, Linux and Mac OS X. What are your thoughts on the content that was cut? Let us know below.