One of the four Ruinous Powers, Tzeentch, assaults the Great Bastion to defeat Grand Cathay while the Dragon Emperor defends it. 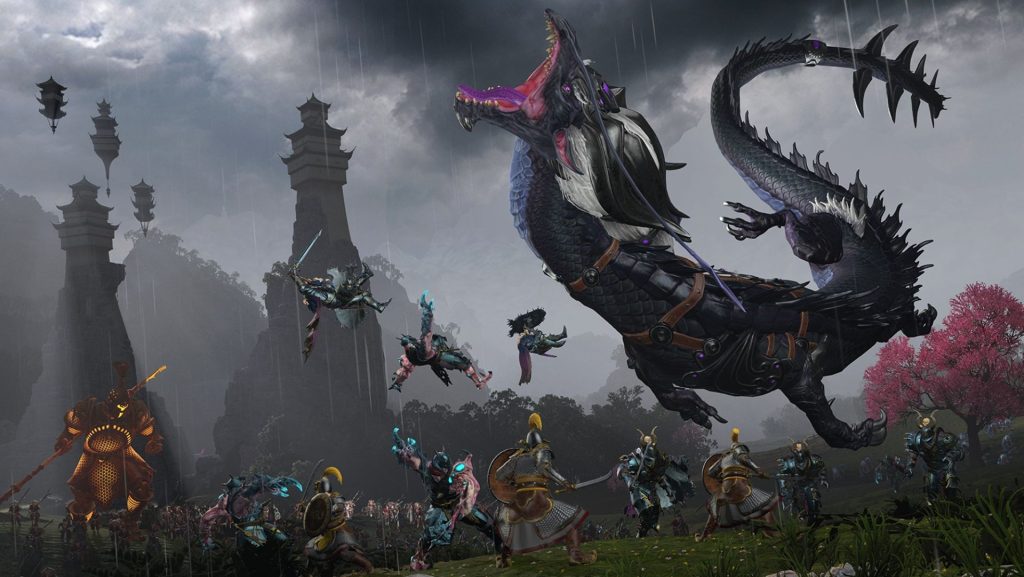 It may have been delayed to early 2022 but The Creative Assembly’s Total War: Warhammer 3 continues to look good. In the latest gameplay video, we see the Grand Cathay taking on the armies of Tzeentch, one of the four Ruinous Powers. Check out how the conflict unfolds below.

The battle unfolds at the Great Bastion, a large wall that spans across the north of Cathay. As Tzeentch deploys his Chaos forces to overrun the Dragon’s Spine, the Dragon Emperor’s forces utilize cannons and giant stone soldiers to fight. When all else seems lost, Miao Ying transforms into a dragon and decimates the invaders. Today’s battle is won but the war continues.

Of course, this is only one conflict playing out in the massive world of Total War: Warhammer 3. There’s also the Kislev vying for supremacy, both against the Ruinous Powers and Grand Cathay. Stay tuned for more gameplay in the coming months.