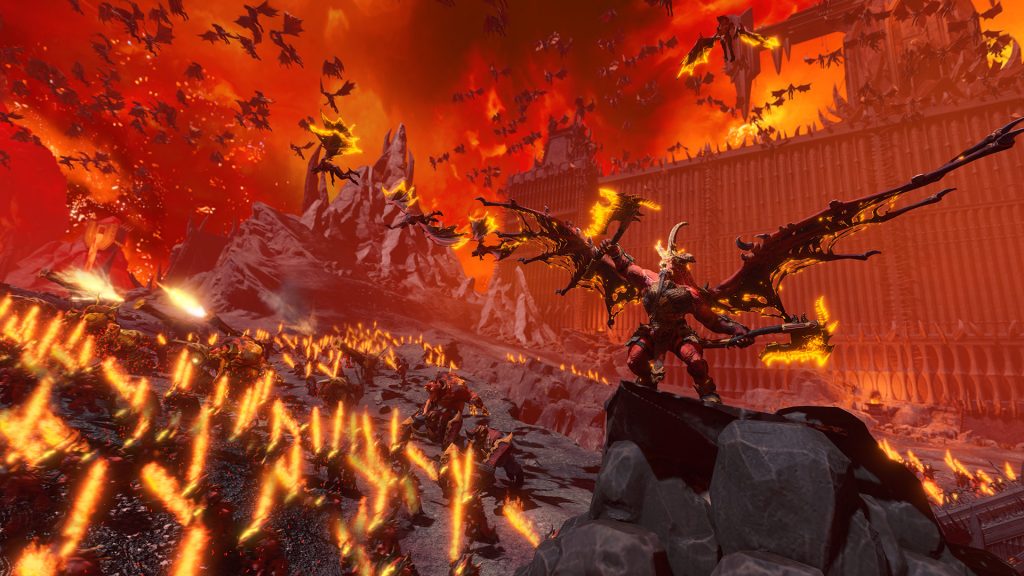 The Total War series has always been a fascinating one to follow as it’s swung between real historical conflicts to pure fantasy to a mix of both. The next game in the franchise is firmly in that science fiction/fantasy realm as it will be another installment in the Warhammer branch. It was meant to hit this year, but it was not to be as a delay was announced not long ago. While you will have to wait, the folks at Creative Assembly have been teasing out some gameplay, and today we get something of a brawl.

The trailer, which you can see in full below, pits the followers of Nurgle against the forces of Slaanesh. While both factions have billing, the focus is largely on the Nurgle faction and how their units work. Nurgle is based around plague and most of the offense seems based around that in some form, and well, it can get pretty gross as they tear their way through Slaanesh.

Total War: Warhammer 3 will release on February 17th 2022 for PC and will be available on Xbox Game Pass for PC on day one.