Total War Warhammer Video Details The Grim and The Grave 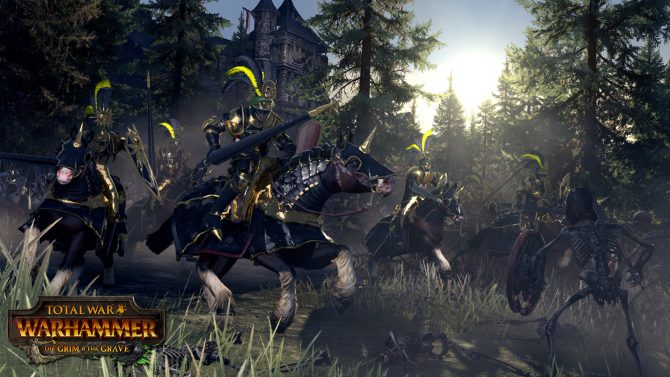 The Creative Assembly’s Total War: Warhammer is about to get a whole lot more grim. The best-selling RTS will be receiving a new DLC pack, The Grim and The Grave, which adds a whole bunch of new content. Check out the trailer below for a quick run-down.

Among that new content includes two new Legendary Lords and Lord types, 18 Regiments of Renown, five new battlefield units with their variants and new quest chains to go with magic items and skill trees. Some of the new units will even benefit current factions like the Empire and Vampire Counts. The Knights of the Blazing Sun and Free Company Militia join the Empire while the Corpse Cart and Mortis Engine side with the vampires.

If that weren’t enough, there will also be a free content update that adds a new Legendary Lord Vlad von Carstein and five new maps. Stay tuned for more information on when all this awesome stuff can be expected to arrive.