To this day I can’t quite understand why Trackmania isn’t a huge gaming sensation. It’s addictive, accessible and deeply customisable, to the point where every gamer should be privy to its unique charms. Sadly they aren’th, with the many previous Trackmania games floating just below the radar. The series continues on in spite of this lack of mass renown, and the first set of content for Trackmania 2 has been released in the form of Canyon. It successfully carries on what made the originals so great with an improved interface and enhanced visuals. Though it lacks the diverse alternative modes of its collective predecessors, Canyon offers a lot of quality content for a decent price. 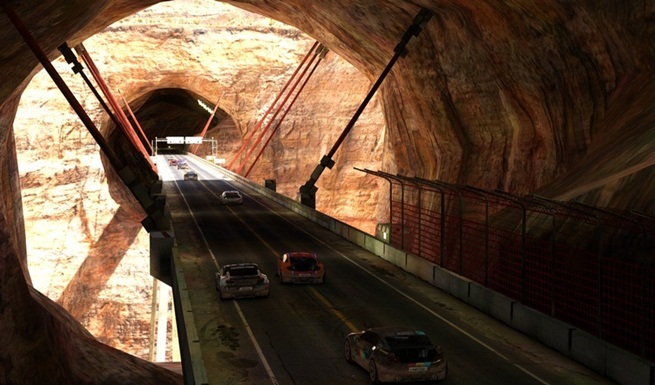 The same addictive gameplay returns, and the track design is as crazy as ever

Trackmania differs from other racing games in two main ways. First off is the mechanics, a silky smooth handling that offers serious depth alongside a friendly accessibility. The other big difference is that races against other cars are out in favour of time trials. You race for the best times on each map, and can respawn should you mess up, at the expense of extra time. Better times grant you a bronze, silver or gold medal for your troubles, and more medals unlock a wealth of new tracks, culminating in a grand total of 65 maps to race around on. The real hook comes in the form of trying to set new high scores. All the maps are short and sweet enough to keep you retrying to get a better score, and the instantly updated leaderboards give you a real kick to improve your skills.

The leaderboards become a much more integral part of TM2 on account of the new Mania Planet interface. The whole game is structured around the leaderboards that are constantly on show as you cycle through the tracks and game options. Each successive medal you earn or match you win also brings up your new position in the leaderboards, for both global and local achievements based on what region you’ve set yourself as being in. Seeing the numbers go up slowly as you play really helps give Trackmania 2 that “one more go” sort of feel. 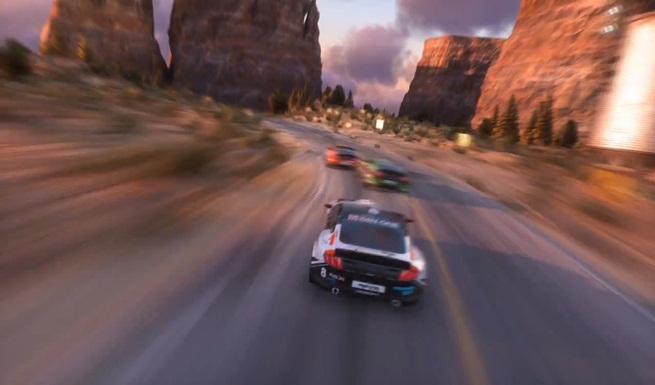 The visuals have received a major upgrade, and really add to the sense of speed

What really helps Trackmania 2 is the simplicity it inherits from its predecessors. The first thing you may notice is the lack of alternative vehicles. You get one car and one car only but, whilst this may seem like a cop out, it means the game stays focused on the racing and less on mechanical tinkering and indecision. The level playing field this creates also means you have no excuses for when your scores fall short on the leaderboards. Once in the game, you notice how simple the controls are. Besides a respawn button and a few camera change keys, the entire game can be controlled with just the arrow keys. It all responds well though, meaning you’ll be pulling off immensely satisfying drifts within minutes. Though it may sound like the game gets old quickly on account of this, you’d be pleasantly surprised by how deep an experience Trackmania is. You always feel like you still need to tinker with your racing line, and the challenging courses mean you can never rest on your laurels for too long. Controller support is provided and, though the keyboard controls are easily recommendable, the additional support of analogue steering on a controller makes the racing experience even smoother.

Whilst the actual driving bits are fun enough already, the customisation offered elsewhere in TM2 is really what makes it stand out as a complete package. The online mode, whilst no different in form to its single player counterpart, allows you to play on the custom made maps provided by the host. Though they can vary in quality, you get some pretty cool creations from time to time that make it worth taking the plunge. Said custom maps can be made in the game’s level editor. Whilst it’s a great tool set, it does have it’s problems. The fully functional advanced mode needs some serious learning before you can fully get to grips with it. The replay editor (yep, it’s got one of those as well) can be tricky to handle at times as well. That said, the level editor has a simple mode that makes the whole thing a million times more manageable. It’s a great move having both modes, but it does make you feel that you aren’t getting your money’s worth unless you take the time to learn the intense complexities of the full level editor. My only major criticism with the level creation tools is the lack of a dedicated file share where you can store and share your content from within the game. Naturally you can just download the custom files from external sites if you know where to look, but an internal server structure with ratings and recommendations would’ve made sharing content feel like a much smoother process. 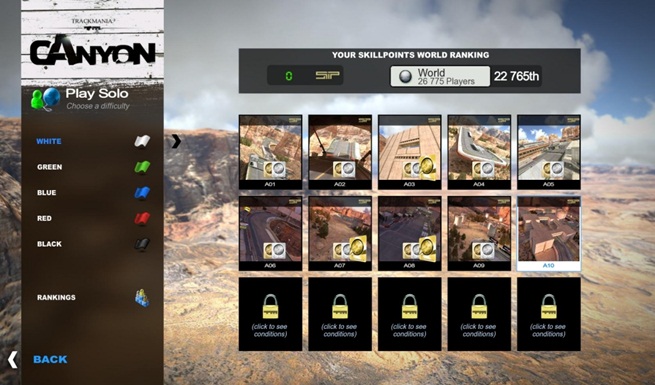 The new interface has a lot of potential, though it takes some getting used to

One of the big upgrades that becomes easy to forget about is the visual overhaul in Canyon over previous Trackmania games. The originals weren’t ugly, but the graphics served a functional purpose rather than an aesthetic one. It’s different in TM2 though, with beautiful environments, shiny cars and some decent visual flourishes. The moment you see realistic vehicles damage and dirt kicking up behind your bumpers, you know Trackmania has truly been brought into the next generation.

All in all, Trackmania 2: Canyon is a game that is an easy recommendation. It’s fun, customisable, social and offers that amazing “easy to pick up, tough to master” gameplay that makes it more than just a game for racing enthusiasts. There are a few interface quirks to work around, and the game isn’t exactly the most varied out there but, for the price, Trackmania 2 offers a vast amount of quality content. It is disappointing to see the awesome puzzle and platform modes of the originals not making an appearance, but we’ve been promised a lot more Trackmania 2 content that should rectify this. Even without new content, Trackmania 2 is a no-brainer for anyone seeking a fun arcade racing challenge.

No puzzle or platform modes, Mania planet interface takes some getting used to, Advanced level and replay editing functions are really complex, No easy way to browse or upload created content

Final Verdict:
SUPERB
Taking Trackmania into the next generation, Canyon offers a suite of creation and racing suites in a customisable and accessible casing, though it may seem initially daunting to some
A copy of this game was provided by Developer/Publisher/Distributor/PR Agency for review purposes. Click here to know more about our Reviews Policy.