Dovetail Games discusses the challenges and rewards of a first person train simulator.

There are all kinds of simulation games out there and it’s a testament to the power of today’s technology that so many different kinds of vehicles can be faithfully recreated in the digital space. Case in point is Dovetail Games’ Train Sim World which not only offers the experience of first person train operation but also does it on the Sand Patch Grade, one of more beautiful railroads in North America. It’s oddly therapeutic if you can get into the simulation aspect.

GamingBolt spoke to senior producer Matt Peddlesden about development, the challenges faced when bringing Train Sim World to life and some of the scenarios that fans would have to deal with. 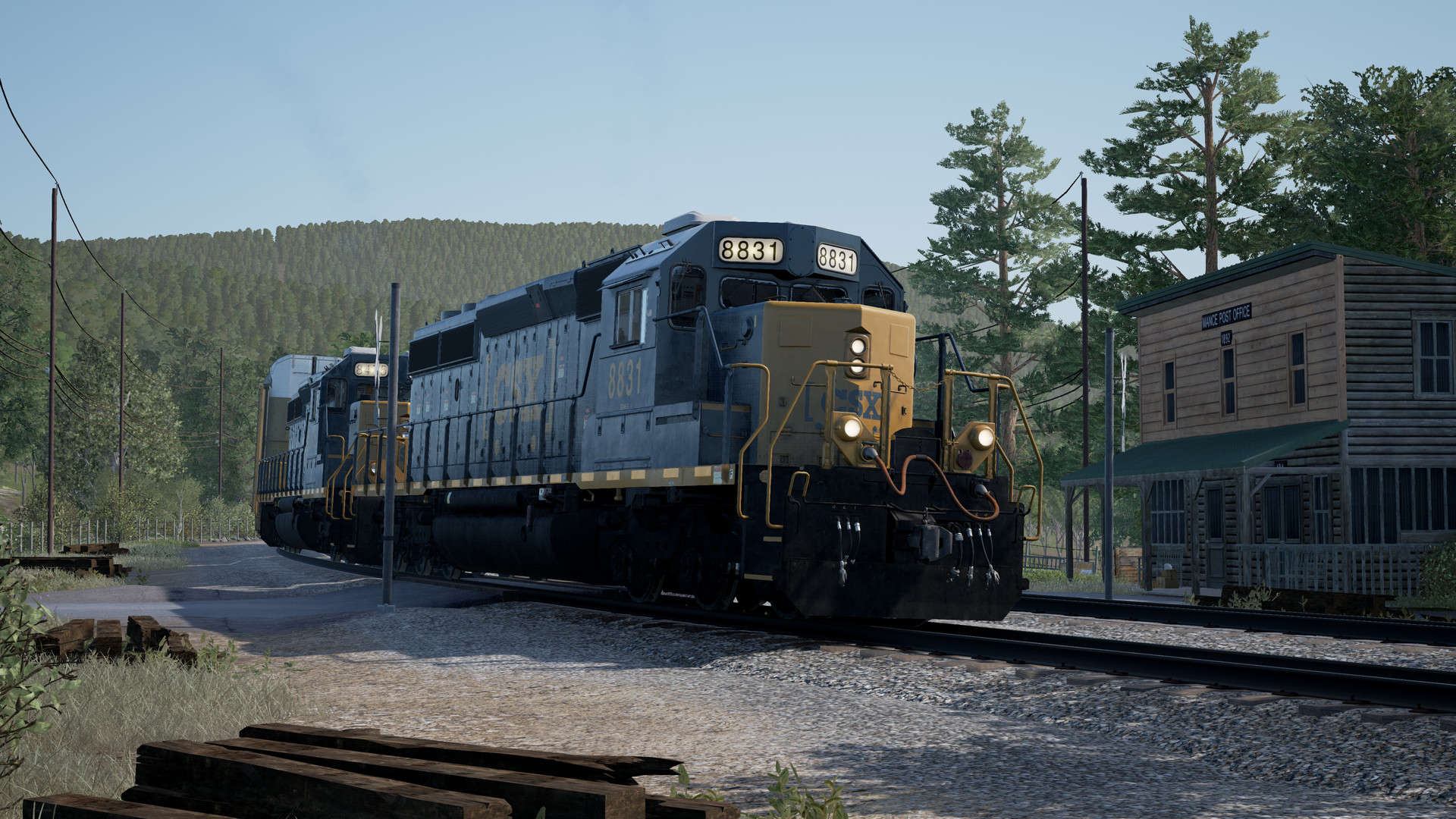 "A range of factors like the first-person perspective, the detail levels and the immersive gameplay experiences combine to deliver a ‘living world of trains’ beyond anything seen before."

What inspired you to create a first person train simulator game? What challenges did you face in development?

We wanted to put players in the driving seats of trains and able to explore the world of railways from a more human perspective. Historically, train simulators have made the player the locomotive or train that they’re looking to operate. However, this has many limiting factors in that the player is restricted to just the railway and cannot experience other aspects, such as rail-fanning, exploring stations and depots, and other points of interest. In putting players into this perspective, it then meant the detail level has to climb an order of magnitudes, and this was by far the biggest challenge, as it meant players were able to get down to ground level and see everything up close and personal.

Given the number of train simulator titles out there, what sets Train Sim World apart?

A range of factors like the first-person perspective, the detail levels and the immersive gameplay experiences combine to deliver a ‘living world of trains’ beyond anything seen before.

How many trains can players control and how does the SimuGraph engine accurately portray each train’s defining characteristics?

There are currently 6 different trains for players to experience across Train Sim World’s CSX Heavy Haul and Great Western Express products. SimuGraph effectively uses real mathematics to define how each locomotive should perform and react to player’s inputs. The data SimuGraph uses are based on real world variables such as engine power, weight, torque and numerous other facts, and brings them together to create one of the most realistic simulations ever delivered in a train simulator. We’re simulating virtually every major component, from diesel motor through to traction motor. 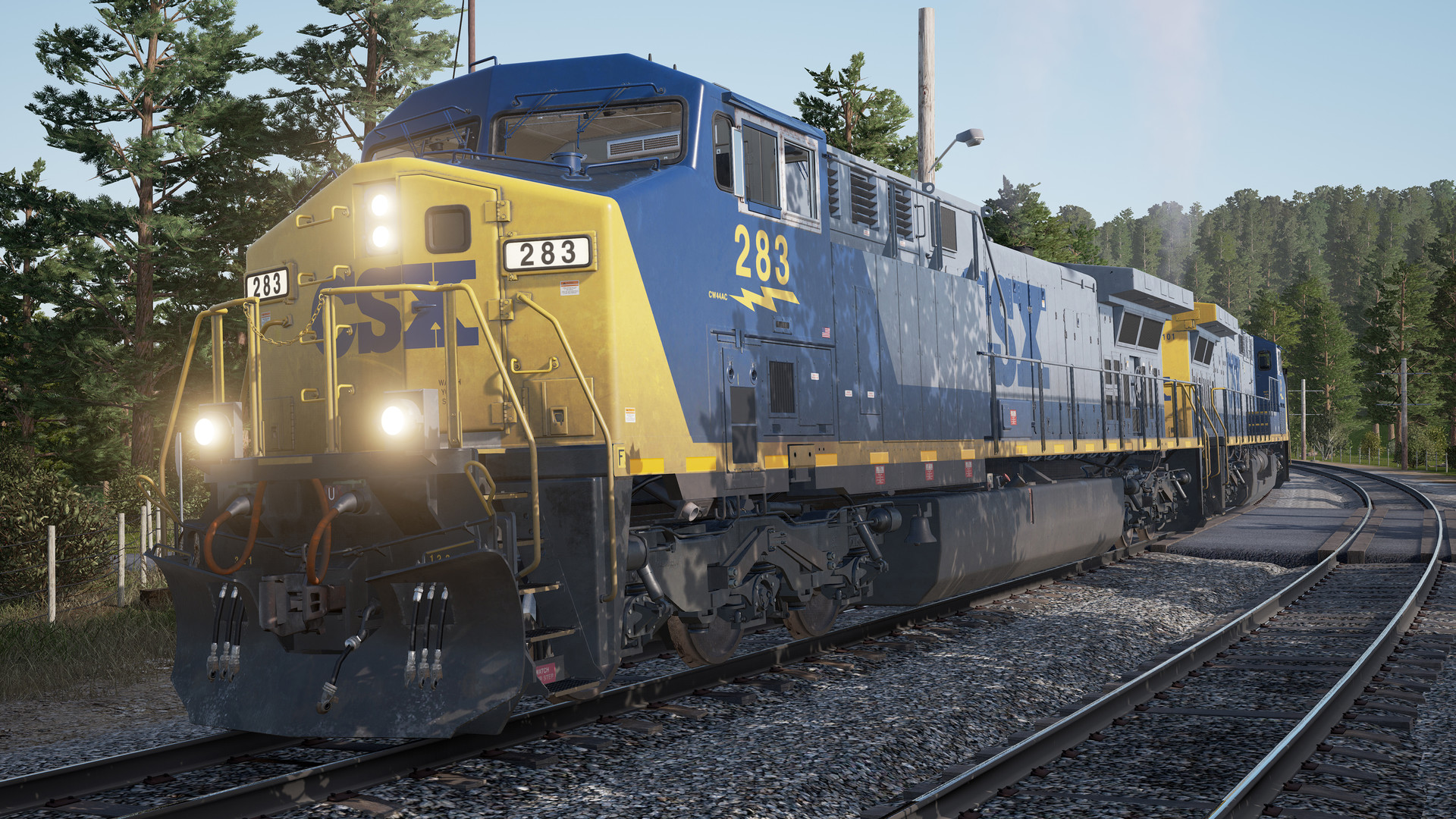 "Our main goal was really to leave no stone unturned, and to not compare ourselves with what we’ve achieved in the past but instead to keep searching forwards to see what else we can do."

What are some of the scenarios that players will have to deal with in Train Sim World? We know about some of the locations like Rockwood Mine and Sand Patch Summit but what challenges will players have to overcome?

The experiences offered in Train Sim World are varied and players will need to think carefully about how they traverse the routes. In some instances, in CSX Heavy Haul, players will be given heavy trains to command over the steep grades, which therefore needs special management and controlled inputs in order to crest the summit and descend the other side, which also brings a new set of challenges in ensuring the train is kept under control. Much of operating trains is about gaining experience, and this experience leads to competence and a deeper understanding of techniques. These are unique challenges in and of themselves, and players will develop this over numerous sessions to truly grasp the essence of controlling trains in the tried and tested way.

How much effort went into developing the world of Train Sim World and what are some of the important goals you had in mind?

Train Sim World development has been a significant effort for us; the team have been learning lots of new technologies and techniques while striving to deliver the best visual detail with good performance on the widest range of PC’s possible. Unreal Engine 4 brings a tremendous wealth of opportunities that means we can achieve the kind of visual fidelity that we set out to achieve and develop a completely new simulation engine to deliver the kind of locomotive and rail vehicle simulations that are important for our vision.

Our main goal was really to leave no stone unturned, and to not compare ourselves with what we’ve achieved in the past but instead to keep searching forwards to see what else we can do. It was important to also remember throughout the development process that what we were building is more than a single product. It was about creating a platform that we can expand on over the coming years and to not limit our imagination or future possibilities in the process.

With regards to Service Mode, can players choose different versions of the 24 hour shift? Furthermore, how much of a challenge will it provide for grizzled Train Sim World players?

Service Mode is about representing a day-in-the-life of the route as it operates in the real world. It’s about representing just how busy, or stark, a route may be to bring the atmosphere, sights and sounds to life as players who know these environments remember them to be. It’s about nostalgia and it’s also about complexity, in some cases. Real world routes often operate to the limits of capacity and it’s about showcasing how intricate and finely tuned the timetables are. The benefit for the player is, they get to take over these services and attempt to operate their train within the confines of the timetable or they can simply sit back and enjoy the action as the trains go about their duties. 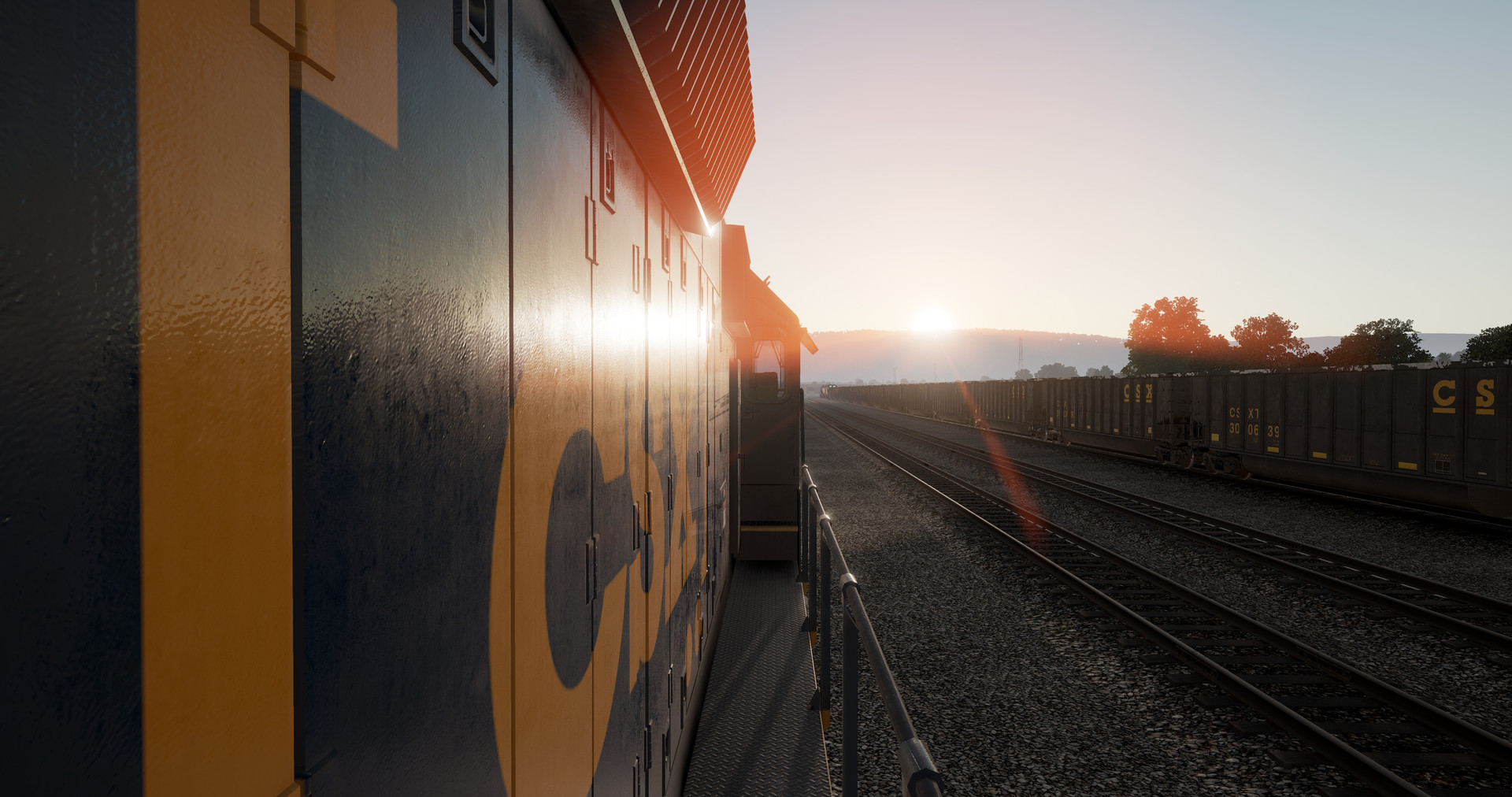 "Every time we ask the player to do something new, we lead them through with helpful hints and guidance to help give them the skill necessary to complete the task."

Given the complexity of driving a train, how do the tutorials help familiarize new players with everything?

The included tutorials are about introducing players to the fundamentals of operating a train or locomotive. The player is required to have some fundamental knowledge of how railways operate and where there are complex operations to perform, we provide those in tutorials. We also provide instructions and hand holding within the main scenarios too. Every time we ask the player to do something new, we lead them through with helpful hints and guidance to help give them the skill necessary to complete the task.

What are your thoughts on the reception to Train Sim World thus far?

We’re very happy with the reception to Train Sim World so far, across the board it tells us that our players really want it to succeed and are with us on the journey.

Will there be more DLC for Train Sim World after Great Western Express? What ideas have you tossed around for the next location?

We certainly have plans for new DLC that extend the play experience, though we don’t have any details we can share with you right now.

Is there any free content or features that players can expect in the future?

We’re not able to share details with you right now but will reveal our plans when we are ready.