But it still sounds quite cool. 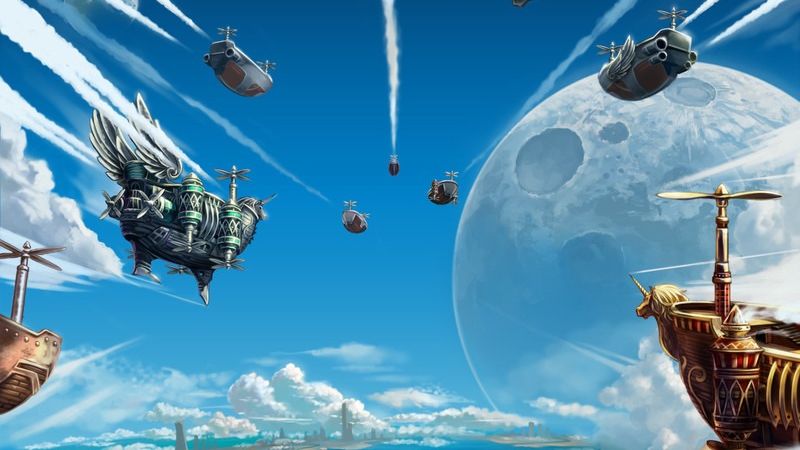 Of the many old-school RPGs that time has forgotten, perhaps one of the most loved till this day is Overworks’ Skies of Arcadia. Taking place in a world of endless skies inhabited by flying airships, it blended traditional turn-based RPG play that did naval battles way before the Assassin’s Creed franchise. Sadly, it sunk into oblivion alongside the Dreamcast console.

However, Sega recently launched a teaser site last week, showcasing airships and the like along with the title, Treachery of Ciel Ark. Sadly, it’s not a sequel to Skies of Arcadia.

However, it could be just as cool. The appearance of giants causes the people of the world to retreat to the sky, where they build squadrons of airships to wage war against the titans (see what we did there?). The game will be a card game RPG and social game, so don’t expect oodles of action or plot. Developed by Axelmark, it is worth watching out for nevertheless.