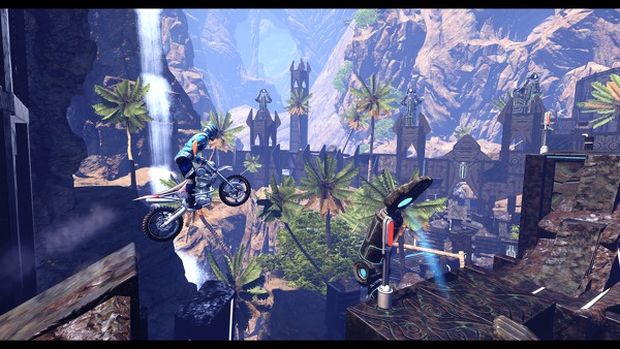 Trials Fusion’s next DLC, titled “Welcome to the Abyss” now has a release date – it will be out on October 7th for the PC, Xbox One and Xbox 360. PS4 owners will get it on October 8th though.

There’s quite a lot of content on hand here. Not only do you get 10 tracks, 24 new challenges and five Achievements/Trophies but you’ll also have a bunch of new objects to play around with in the track creator. The theme of Welcome to the Abyss seems to be nautical, though we imagine the frustration of completing the most difficult tracks will mitigate any ideas for relaxation.

Welcome to the Abyss will cost £3.99 but those who have the Season Pass will receive it for free. The Season Pass retails for £15.99 and nets you six different DLC packs with this one being the third. RedLynx will have the remaining three DLC packs out before May 2015 so there’s still plenty of content to look forward to.