Tribes: Ascend – An image of the Katabatic TDM map

Posted By Zahida Sayed | On 18th, Jan. 2012 Under Screenshots | Follow This Author @GamingBoltTweet

Check out these new screenshots from Tribes: Ascend.This game is published by TBA and is expected to be released by this year on PC and X360.

Tribes: Ascend is a new game within the lauded sci-fi shooter franchise Tribes.The original game, Starsiege: Tribes, was one of the first multiplayeronly online games and has been cited as a grassroots early influence on eSports and shoutcasting. Building upon this legacy, the new Tribes:Ascend has been designed from the ground up with competitive eSports inmind, making it an ideal addition to the NASL. 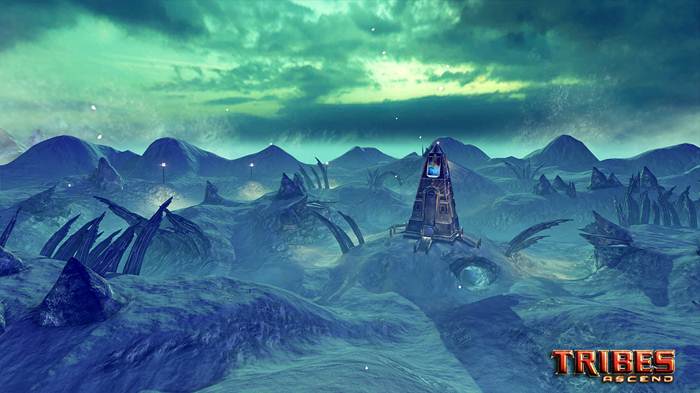