Season 3: Inferno Saga, the "biggest update to date," launches on the same day and adds a new Saga Quest, Survival 2.0, and more. 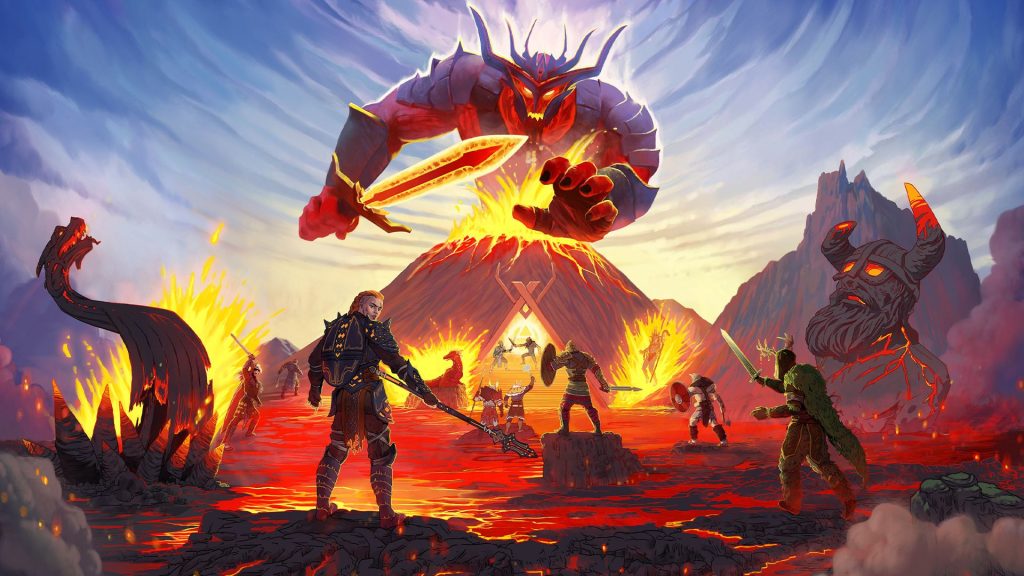 After being rated for Xbox and Nintendo Switch back in April, Norsfell’s Tribes of Midgard will launch on August 16th for Xbox One, Xbox Series X/S and Nintendo Switch. This coincides with the launch of Season 3: Inferno Saga, the “biggest update to date.”

In a press release, Norsfell co-founder and creative director Julian Maroda said, “Since day one, our team has been fully committed to delivering expanded features and new content to our players, building our Tribe (of Midgard!) that’s now over two million strong and growing!

“Releasing on Xbox and Switch is our latest effort to continue to build Tribes of Midgard alongside our thriving community while simultaneously welcoming newcomers. Season 3 is massive and by far our biggest update to date, delivering game-changing content like our latest Saga (and biggest bad guy) alongside a complete revamp of Survival Mode. This ‘Survival 2.0’ couldn’t come at a better time, it’s the perfect starting point for new players on Xbox and Nintendo Switch!”

The new Saga Quest “Inferno” sees players raiding Outposts and gathering Muspelite to venture to the new Volcanic Spire region. You’ll take down various fire-based enemies en route to the largest Saga Boss yet. Along with new creatures, the region also offers new crafting materials along with sights like rivers of lava (which will burn you to crisp so be careful).

A new mode, Survival 2.0, is also being added. It sees the Einherjar surviving in the wilderness with Eira Foot-Crushed as their guide and felines Mániklo and Sóleyra. You’ll venture across Midgard, fighting enemies and exploring freely without worrying about Jotnar attacks or fortifying the village. This also introduces Crafting 2.0 where players use the Allforge to create Crafting Stations anywhere and repair equipment.

Other new additions include Spears and fishing, the latter offering a variety of fish to catch. The Standard Edition of the game will retail for $19.99 while the Deluxe Edition costs $29.99 on the Microsoft Store and Nintendo eShop. Stay tuned for more details and check out our review of the game here.