Tribes of Midgard Out Now on Xbox One, Xbox Series X/S, and Nintendo Switch; Kicks off Season 3

Tribes of Midgard is kicking off its third season, which revolves around Surtr. The game is now also out on Xbox One, Xbox Series X/S, and Nintendo Switch. 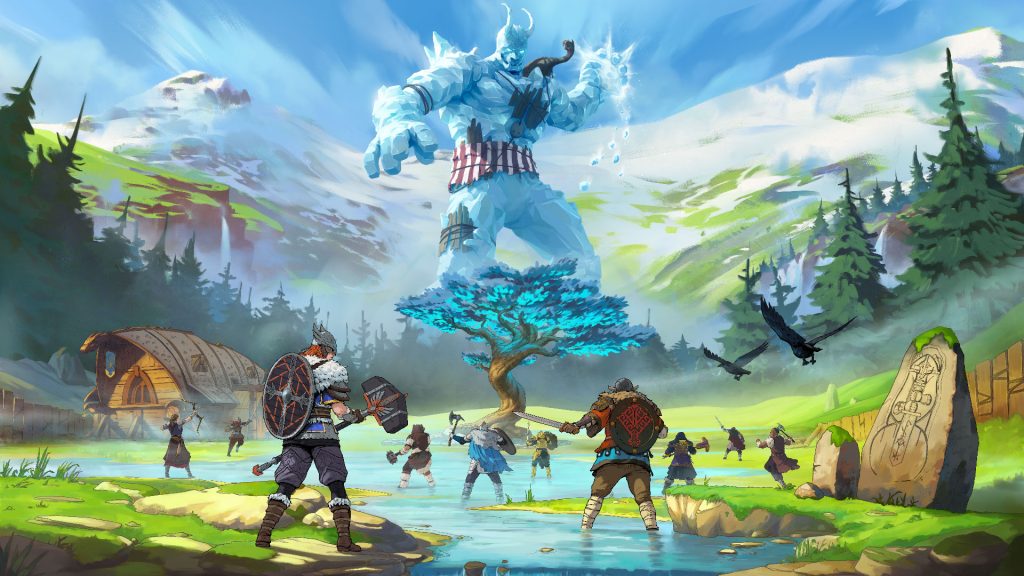 Survival action game Tribes of Midgard is kicking off its third season, titled Inferno Saga, today. The new season is available as a free update on PC, PS4, and PS5. The season also marks the release of Tribes of Midgard on Xbox One, Xbox Series X/S, and Nintendo Switch.

The Inferno Saga storyline kicks off with Herald of Ragnarok Surtr starting his invasion of Midgard in an effort to burn all creation to the ground. The player and their fellow Einherjar have to try and stop Surtr’s conquest.

Season 3 brings a fair bit of new content to Tribes of Midgard, including new enemies, new weapons, runes, and a complete revamp for the survival mode.

Dubbed Survival Mode 2.0, the revamp is set in a world before the Village around the Seed of Yggdrasil existed. Players will be aided by Viking warrior Eira Foot-Crushed, since villagers aren’t available. The new survival mode has a new 90 Blessings skill tree to progress through as well.

Season 3 also brings Construction 2.0, which essentially scales everything in the construction inventory down to a 1x1x1 grid, allowing for a more detailed building experience. There are also new construction pieces, such as walls, pillars, roofs, and doors.