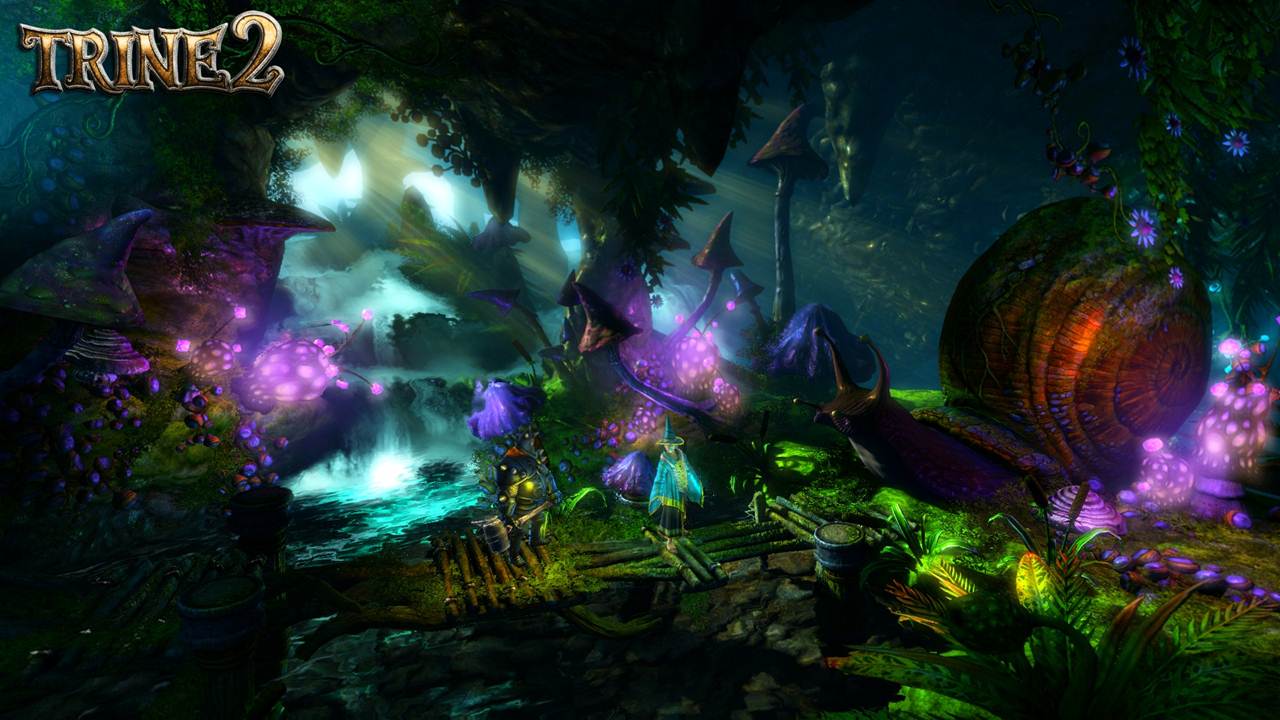 What you notice first and foremost when you boot up Trine 2 is just how beautiful the game looks. Not only technically, with sharp textures, very wel constructed character models and little to no pop ins, but also artistically. Everything looks colourful, distinguished, beautiful, with an identity of its own, setting itself in your memory vivdly. From tiny boxes and vines and leaves on the ground to huge pillars with complex carvings etched into them and huge enemy designs, everything looks like it has been very meticulously crafted, and the game shows and awes you with every new level, breaching all your expectations from the visuals department and setting new standards time again again.

Trine 2 is, first and foremost, all about teamwork- even when you play alone. Yeah, it might sound a little convoluted, but that’s just how it is. People who played the first Trine game should proably be familiar with what I’m talking about. In Trine 2, you get three characters- a thief, with its grapple hook and bow and arrow and all the abilities a Rogue would have in an RPG; a Mage that can do magicm conjure objects, levitate them, join several objects to make a new one and so forth; and Knight, who serves as a typical warrior with brute strength, ravaging enemies with his hammers and swords.

You can choose which character you want to control on the fly, change the playable character any time, and that lends great freedom to how we can play the game. I love games that don’t hold our hands and make us do what they want us to, and Trine 2 is one of those games. It gives you the freedom to play as whatever you want and however you want. 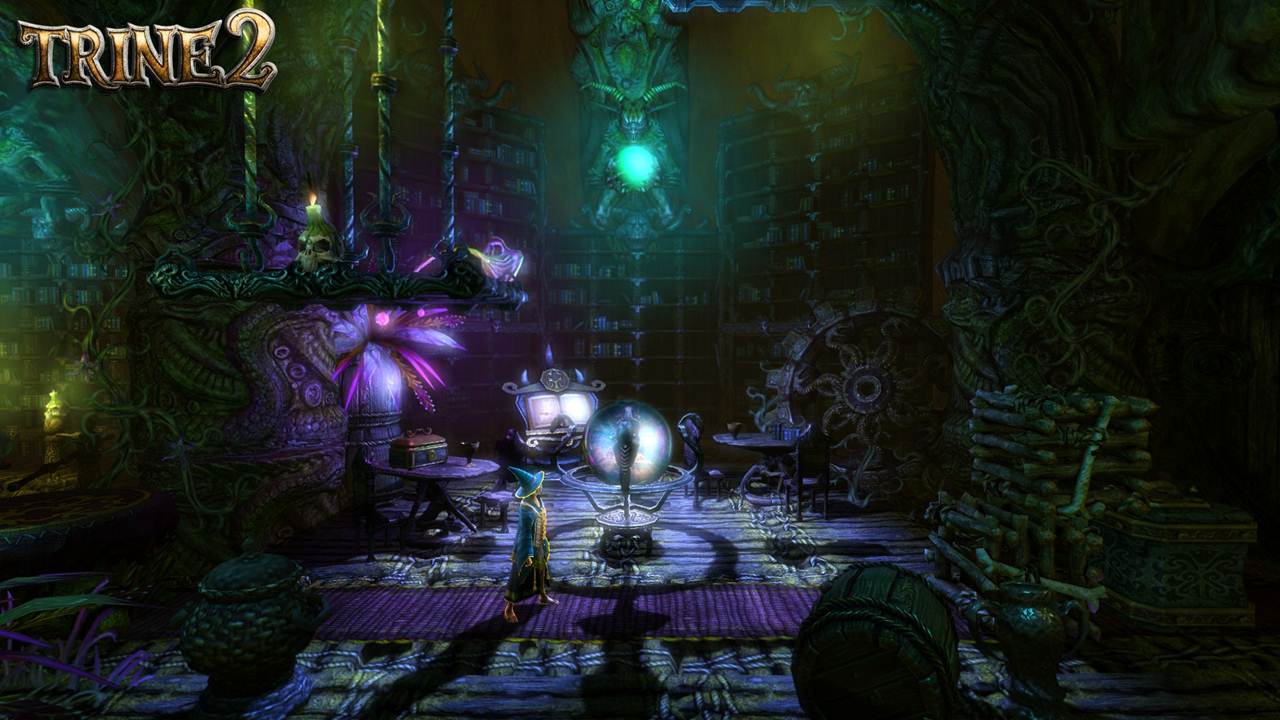 Taking advantage of this feature are the excellent puzzles, which are all ingeniously designed. They ask players to use the wpoers of all three characters in differnt ways, often making you pause and think which character is supposed to do what in order to progress. It’s a complex mechanic that makes the puzzles very interesting and all the more complex and challenging.

Having three separate classes with unique abilities, all playable at any point in the game does create a problem, however- controls. Sure, the combat feels tight and the platforming is wonderful, and it’s surprising just how responsive and intuitive it feels, but you will often get confused between controls for different characters. It’s an excellent control scheme, don’t get me wrong- it might just take some time to get used to.

At 7 hours, Trine 2 is a decently lengthy game. While some might say its short, the game manages to do everything it does within those 7 hours perfectly, and it doesn’t overstay its welcome. Then there’s the fact that there’s also co-op (online and local), which makes the campaign much easier and more enjoyable. The boss fights will leave a bad taste in your mouth, as they are predictable and repetitive, but they’re not what you’ll remember the game for in the end. 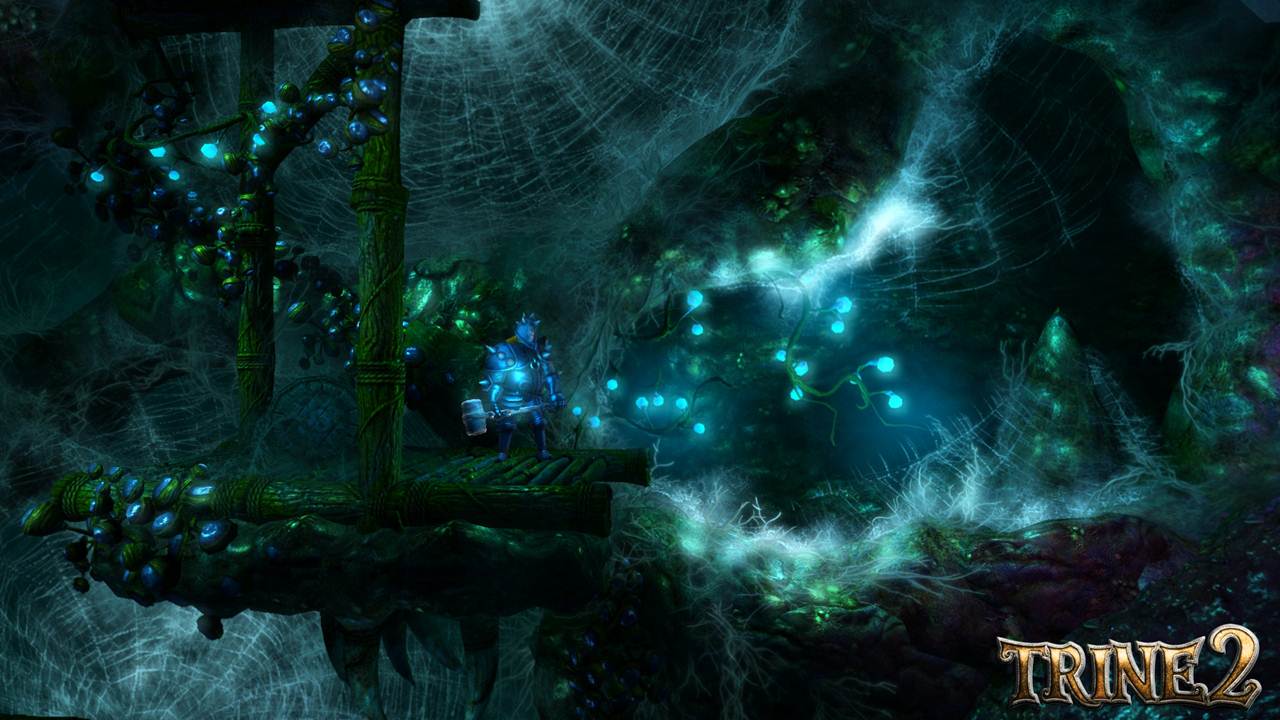 Trine 2 is a wonderful game. It has beautiful visuals, a stimulating soundtrack, visceral combat, tight platforming and it’s definitely what people would call “bang worth the buck”. You must definitely get Trine 2 if you love platformers.

Final Verdict:
EDITOR’S CHOICE
Trine 2 is a wonderful game. It has beautiful visuals, a stimulating soundtrack, visceral combat, tight platforming and it's definitely what people would call "bang worth the buck". You must definitely get Trine 2 if you love platformers.
A copy of this game was provided by Developer/Publisher/Distributor/PR Agency for review purposes. Click here to know more about our Reviews Policy.