Posted By Rashid Sayed | On 20th, May. 2015 Under News | Follow This Author @GamingBoltTweet 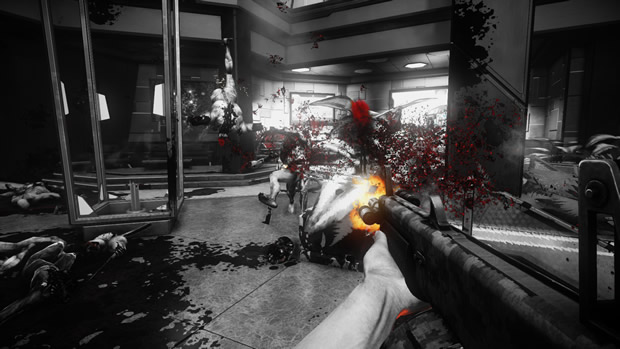 Tripwire Interactive’s upcoming zombie based first person shooter is due for a launch for the PlayStation 4 sometime later this year. GamingBolt recently spoke with Alan Wilson who is the VP of Tripwire Interactive to check out how the PS4 version is shaping up.

Given that Killing Floor 2 is being developed with only one GPU specification, how did this helped the development team in optimization and performance?  “Well, having only one target does make things much simpler. We only have to test on one machine. On the PC, we build multiple min-spec machines and test on them. And on mid-range machines, with all flavors of CPU and GPU mixes. Makes testing MUCH more complex!,” Wilson said to GamingBolt.

“The base issue was getting Unreal  Engine 3 running on the platform. A lot of the base work had been done before, that we could pick up – but we’ve had to do a lot of engine-level work to get it all functioning. Once we get past all of that, its “just” shifting from CP with mouse and keyboard, to a console with controller – and all the design changes that drives for the new platform.”

Killing Floor 2 is shaping up to be a solid entry. We recently went hands on with the game. You can read our full impressions here.