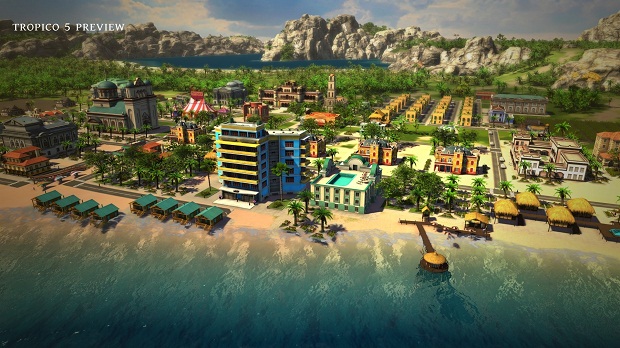 Haemimont Games’ Tropico 5 has been out on the PC, Mac and Linux till now and even the Xbox 360 has tangible release date of November 11th. The studio still seems to be chugging away on the PlayStation 4 version, which leads us to believe that it will feature some notable improvements, both visually and gameplay-wise. Could a 1080p resolution and 60 FPS frame rate be some of them?

We got in touch with Haemimont’s head programmer Ivan-Assen Ivanov who stated that, “Unlike most games, Tropico 5 is a game with open-ended, unpredictable visuals – it is all about building your own island, however you like it. We’re focused on maintaining a locked 30 FPS even in the late stages of the game, when your city is huge and bristling with life. The resolution is 1080p.”

Tropico 5 will be out in Q3/Q4 of 2014 on the PlayStation 4. What are your thoughts on the frame rate and resolution? Let us know below.