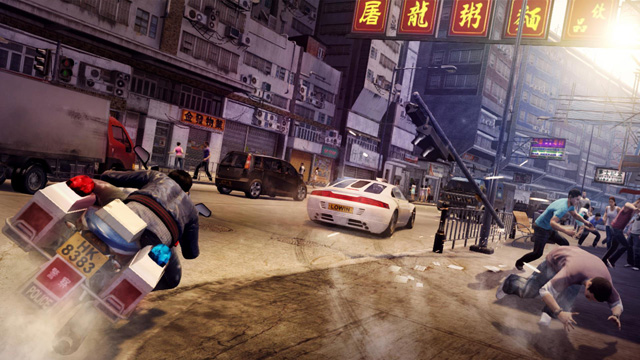 Square Enix has announced that True Crime: Hong Kong has been renamed to Sleeping Dogs. It is set in Hong Kong and you play as an Asian protagonist. You are an undercover cop here, tasked with dismantling the Hong Kong Triads.

“From the moment you pick up the controller and experience the blend of driving, close combat and shooting you know you’re playing something fresh and a bit special,” said Lee Singleton, general manager of Square Enix London Studios.

“Sleeping Dogs has one of the best melee combat systems out there – it’s super brutal with devastating takedown moves, and when added to UFG’s proven heritage in driving games, a first class story and the vibrant backdrop of the Hong Kong underworld we get a fiery recipe with fun written all over it.”

“The extensive experience that both studios have in creating compelling open world gameplay and rich, rewarding combat makes for a perfect partnership. Working together we’re ensuring Sleeping Dogs is the most intense and immersive game it can be.”

The game will be released this year for the PC, PS3 and Xbox 360.