Puzzle games are a dime a dozen these days but it’s not often you come across a puzzler inspired by environmental awareness. Brainy Studio’s TurnOn has you playing as a spark, an alien of sorts, who must light up a darkened city. Music plays an intriguing role throughout the proceedings and invites you to be part of a world that’s fairly better off than ours. GamingBolt spoke to Brainy’s Dmitri Ogorodnikov about the game, it’s storytelling, what makes it so unique and what players can expect. 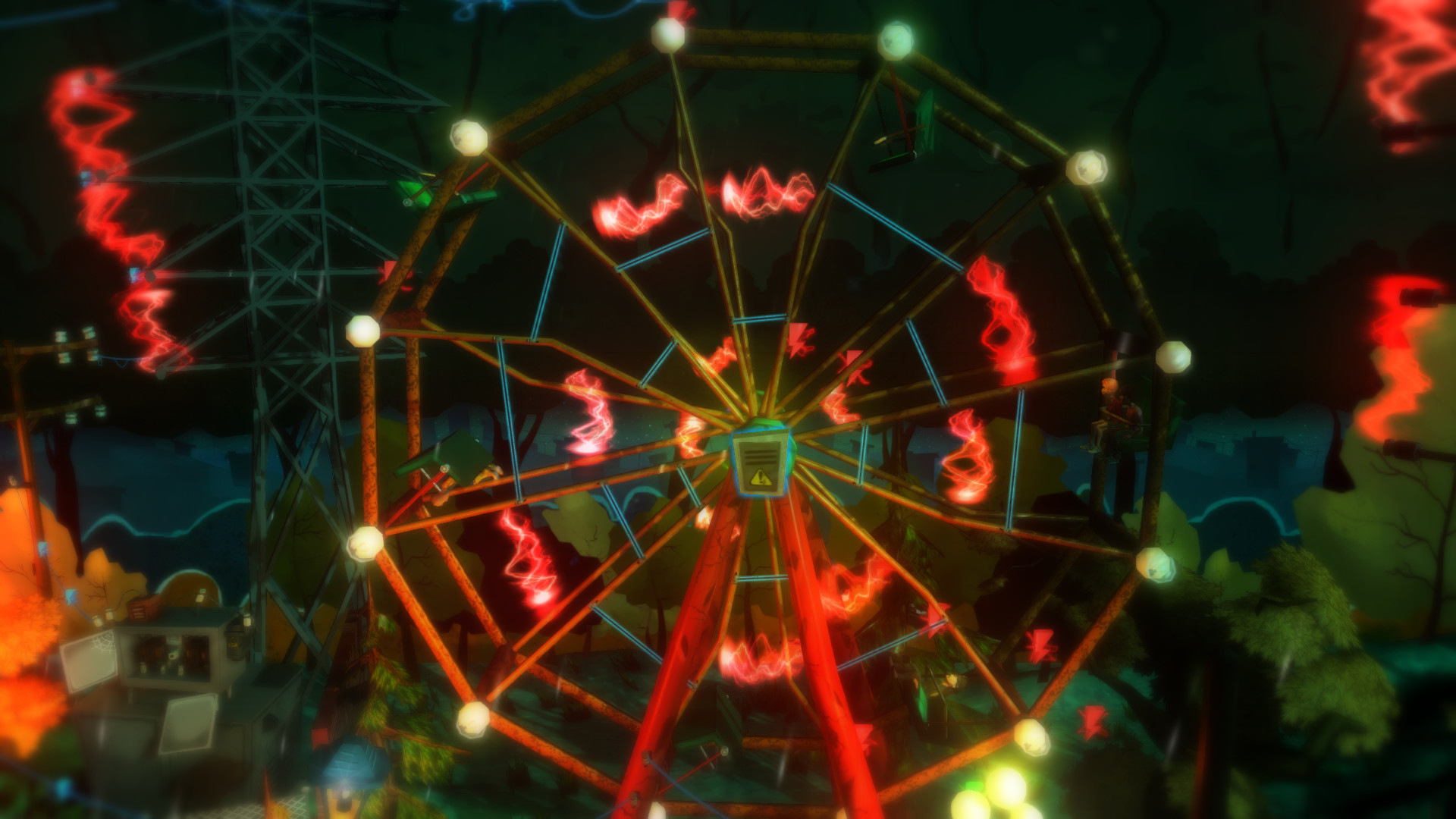 "The game is the complete adventure, consisting of 5 chapters. The division into episodes is due to the fact that we wanted to show the different parts of the city, which have a different atmosphere and style of an action."

TurnOn was inspired by the WWF’s Earth Hour but how did you go about translating that concept to an actual game?

Everything is very simple. A little over 2 years ago our game designer Ilia Antonov told us about a global environmental movement Earth Hour, which is held by WWF. To be honest we were really hooked and inspired by the main idea of this event – to use your power to #‎ChangeClimateChange. And then we thought: can we create a game with a similar setting? Suddenly we tried to imagine sudden tripping the light. Electrical devices don’t work, there is no light on the streets, no internet and mobile connection, and people go out into the street to see what was happening. Can you conceive it? In such a simple manner TurnOn was born. And then we come up with a character with ability to return the electricity in try to show the contrast between when you have electricity and when not.

The story-telling in TurnOn relies purely on visuals. Can you provide certain examples for how this works and the challenges that come with no dialogues?

Each level puts you in certain situations related to the lack of electricity. Thus, in one of them you need to stop the furious rotation of Ferris Wheel and help the people on it. Only by performing the certain actions it becomes clear what to do next, somewhere the game tells you something by moving the camera, somewhere by cutscenes, info bubbles or cartoons it helps you. So the entire story is told through what you see (and sometimes what you don’t). TurnOn has short one-sentence descriptions for every level, but we made it only to meet the player with the given circumstances.

TurnOn has an episodic approach to its story. Does that mean it will be split up into five different episodes and sold separately or will it one entire story?

Absolutely not. The game is the complete adventure, consisting of 5 chapters. The division into episodes is due to the fact that we wanted to show the different parts of the city, which have a different atmosphere and style of an action. Thus we have Power Station, Suburb, Residential District and others, but all events in every chapter are combined in one story. Besides step by step we were adding another gameplay types such as moving into the depth of the locations or only up, looking for different object under the ground or leaps of faith.

Are there any interesting story details that players may miss on their first playthrough? Perhaps lore or collectibles providing more details?

Actually our tests showed that about a half of all achievements could be got after the first walkthrough, by the way TurnOn has 82 achievements. And players may miss lots of interesting details as for sure. So it can be good motivation to replay the game once again and to find all. 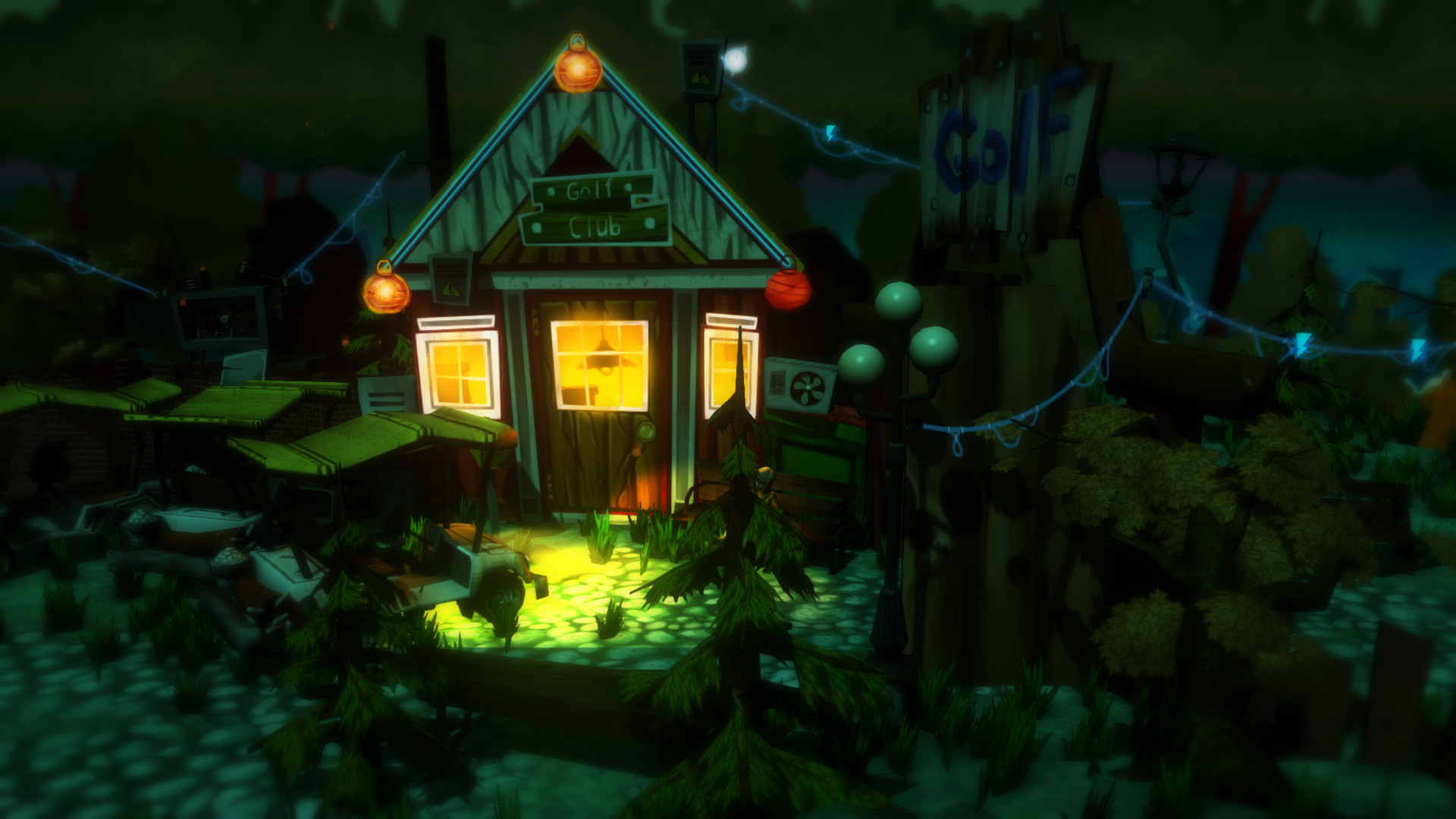 "Music levels are like a bonus (but that doesn’t mean they are easier), represent  the finite runners where your goal is not to fall down from the power line."

How does exploration and level progression work in TurnOn? What kind of objectives will players face in missions?

Basically you need to understand how to get to the end of the level, and it is often not obvious, but a variety of targets await the player at the levels. You should help the little girl to get rid of the dog and bring her back home, find someone loudly chomping in the nearest supermarket, light up the party, repair the wiring in the private house… And all of these goals are to address one global – restore electricity to the entire city.

What kind of puzzles can players expect during missions?

The most interesting kind of puzzle is how to get to specific place. Sometimes what seems far and unachievable often is very close. Thus somewhere you should make a leap of faith or to look for a such path that at first glance is not possible. Try to complete the “Unusual Date” level and you’ll see.

How do the Music levels work and what are the key differences between Music levels and exploration levels in terms of objectives?

Music levels are like a bonus (but that doesn’t mean they are easier), represent  the finite runners where your goal is not to fall down from the power line. And sometimes music can help you to play, moreover after completing this levels the electricity gets back to the city’s districts.

When designing the music levels, what was the thought process for the composer? What kind of collaboration was required to find the right music for the level in question?

We’re small studio of 4 developers, don’t have our own composer or money to pay for the high-quality sound design, and this time we have done so: we found and bought royalty free music, which was suitable on the every level’s mood. Of course we would like to work with great composer or full orchestra like other big titles, but TurnOn is or debut project on these platforms, and we hope all is still to come. Anyway we’re ready for the counter offers, because we’re not going to stop on one project and only with these platforms. 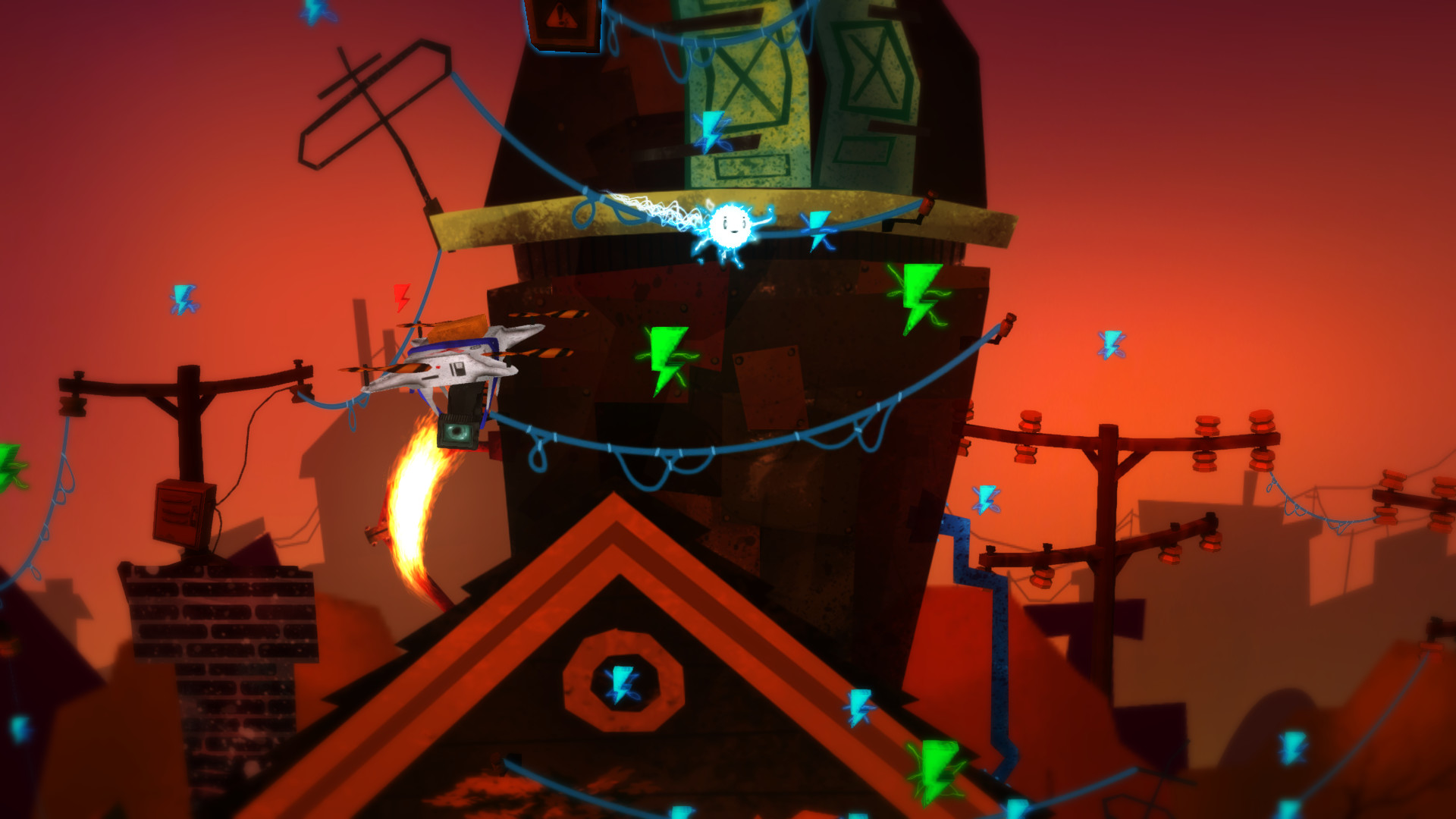 "TurnOn story has evolved consistently. Imagine Cup, AppCampus, Windows Phone, ID@Xbox and Steam. Next we plan to go to PS4 and Nintendo."

TurnOn actually arrives on Windows Phone before Steam with its demo. What motivated the desire to start on Windows Phone and how has development on the overall concept changed with the shift to Xbox One and Steam?

In the summer of 2014 we were able to win and get the grant for development in the “Games” category of international competition Imagine Cup which is held by Microsoft, in that moment we had only prototype with 2 levels for WP. Six months later, under the terms of getting another grant by AppCampus we have released 1st demo episode on Windows Phone, but by that time had already hit the ID@Xbox, a program that allows indie developers to release their games on this console. It became clear that this goal is much more complex and interesting, so we should do it. Greenlit on Steam we got in April of 2015 as well.

Will there be any challenges or other modes for players to engage in when the story has wrapped up?

It can be connected with Achievement system. We tried to make it in such way, when the player can’t get all achievements and find all secrets by the first walkthrough. Our advice: try to activate all electrical objects and collect all the items, and you’ll be happy. TurnOn has not arcade mods.

Is there any specific reason why the game is not coming on the PS4, the most successful console of this generation?

TurnOn story has evolved consistently. Imagine Cup, AppCampus, Windows Phone, ID@Xbox and Steam. Next we plan to go to PS4 and Nintendo. We already showed TurnOn to guys from Sony and Nintendo, and they liked the game.

Microsoft has lot of negative flak for their relationship with indies. Is this true and if not can you debunk it?

The first time is always difficult. But then when you understand how the system works, you’ll not have problems with the following projects in future. You just need to gain experience. Anyway we still have nothing to say overtly negative.

According to you what is Microsoft doing wrong this generation and how they can rectify it?

They have to make such update or such new console, which could be more productively and powerful than new PS. Not to torment on the certification. It was our first cert and it was not easy. We hope it will be easier further.