To paraphrase an old adage, “You don’t miss something till it’s gone” – and that’s exactly how I felt when reviewing the new Stealth 500X headset. You see, this premium headset from Turtle Beach is completely and utterly wireless – and it’s surprising just how liberating it is to be cable-free.

Take a look at the specifications and it reads like the wishlist of a very demanding gamer: 7.1 channel surround sound – with specific settings for games, movies and music; a wireless range of up to 30ft; breathable, noise-isolating around ear mesh cushions, a sensitive, omni-directional mic, a single battery charge that lasts up to 15 hours and mic monitoring. To top it off, the 500X also includes a mobile cable for making calls, receiving texts while playing or mobile gaming.

Open up the box and the white Turtle Beach-branded packaging itself suggests this is a premium product. 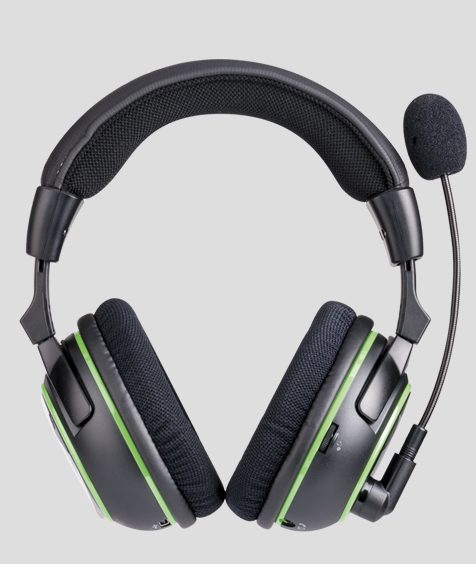 "The only minor criticism is the springiness of the headband and the around ear cups, which don’t seem snug enough. I’ve a fairly small head and when I turn or tilt, it sometimes feels like there’s not enough grip and the headset could fall off. It’s not a big deal – and perhaps it’s just because they feel so light – but it was initially a little disconcerting."

Nestling inside the moulded plastic container is the stylish Ear force Stealth 500X headset with black trim, and green highlights around its swivelling cups, with several buttons on each. A connector for the mic protrudes slightly on the left earpiece, alongside separate volume and voice chat controls, a mic monitor and mute button.

Considering the small stature of the headset, it manages to conceal a generous amount of technology. It boasts 50mm speakers with neodymium magnets, 16 audio preset settings and a frequency response of 20hz-20khz. Also tucked in the box is a slimline black transmitter that plugs into the back of the console via the attached USB connector. No external power source is necessary.

A quick start guide explains the set up and operating instructions to get you up and running in minutes. A separate cable box contains a detachable microphone, mobile connector, optical cable and a two-foot charging cable. The headset and transmitter are already paired, and I didn’t even need to charge anything out of the box. The only requirement was to boot up the console and navigate from the Home Screen to change a few of the audio settings. Simple.

The Stealth 500X is surprisingly lightweight, and feels far smaller than the XO SEVEN headset we reviewed a few months back – which really starts to take its toll after a few hours of solid gameplay. The adjustable headband is suitably plush and comfortable, nicely padded and stitched, with the words “Turtle Beach” etched upon its surface.

They cut out external sound nicely and don’t prove uncomfortable or too sweaty after playing a while. They’re pretty stylish atop your head too and aren’t so large that they make you look like a tank commander either!

The only minor criticism is the springiness of the headband and the around ear cups, which don’t seem snug enough. I’ve a fairly small head and when I turn or tilt, it sometimes feels like there’s not enough grip and the headset could fall off. It’s not a big deal – and perhaps it’s just because they feel so light – but it was initially a little disconcerting. There was one occasion during a very heated semi-final match in FIFA 15 when a slightly enthusiastic celebration briefly parted them from my ears.

Voicechat is crystal clear and I had no problems talking or communicating over Xbox Live with friends. In fact, one who didn’t know I was writing this review specifically asked me if I’d done something to my usual headset as I sounded far better. Mic monitoring is a send and a feature that is missing from so many headsets these days. The Stealth 500X includes a button on the left earcup that cycles through various settings to adjust the volume so you don’t need to shout to hear yourself. Another nifty feature is the “dynamic chat boost”, which automatically adjusts chat volume during loud gameplay. 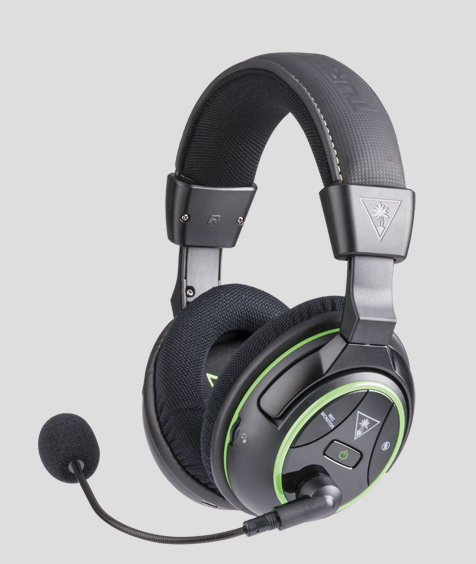 "Retailing at £199.99, these are hardly going to be an impulse buy. But while there are obviously other, cheaper alternatives on the market, very few of them come close to offering the same features and performance."

The right earpiece plays host to the Surround Sound and Preset buttons, as well as a connector for the USB charger. Controlling the sound effects couldn’t be easier, with the aforementioned buttons allowing you to cycle through the various options. A tone sounds to let you know a setting has changed. A single press on the Surround Mode button cycles between Game, Movie, Music and Surround Off modes, while each push of the Preset button switches between setups suited to shooters, sports games, racers, action movies and so on… It’s all very easy to grasp and adjust.

We put the Stealth 500Xs through their paces and it performed superbly with whatever we threw at it.

As an ardent FIFA gamer I’ve played the game to death yet I still noticed sound effects I’d never heard before. Some elements of crowd noise, net ripples and the league table making a swoosh sound when you’re awarded points were all new to me with these on my head. Fantastic. Switching to the Sports preset really makes a noticeable difference too and adds to the in-game atmosphere.

Assassin’s Creed Unity is similarly impressive, and really enhances the clash of sword on sword and the subtle background noises you could hear when passing through the vast crowds in Revolution-hit Paris. As expected, Call of Duty: Advanced Warfare provides a cacophony of explosions and suitably futuristic-sounding gunfire but the headset really provided a sense of depth, allowing you to judge the direction of incoming enemies and shellfire. The game’s production value is such that with these on your ears, it sounds like you’re immersed in a big budget movie.

And speaking of films, after switching to Movie mode, we booted up Netflix. While dialogue and music is nice and crisp, a film such as Mission: Impossible – Ghost Protocol provided a fantastic experience. Not only was the sound crystal clear but the fact you could recline back on your sofa on the other side of the room, wire free, emphasised just how restrictive other cable-based headsets are. The Stealth 500Xs should definitely appeal to fans of movies as much as gamers.

Retailing at £199.99, these are hardly going to be an impulse buy. But while there are obviously other, cheaper alternatives on the market, very few of them come close to offering the same features and performance. If it’s a wireless headset you fancy, which boasts 7.1 channel Surround Sound and has all the other bells and whistles like voice monitoring and presets designed to suit all game, movie or music tastes, the Stealth 500Xs are certainly a worthwhile investment.

Surprisingly lightweight and extremely comfortable. Great sound and the lack of wires is strangely liberating. No external power source is required.

Don’t perhaps feel as robust as some other headsets and the ear cups could do with being a little deeper.

A copy of this game was provided by developer/publisher for review purposes. Click here to know more about our Reviews Policy.
Tagged With: Microsoft, others, pc, Turtle Beach, Turtle Beach Earforce Stealth 500X, Xbox Live, Xbox One