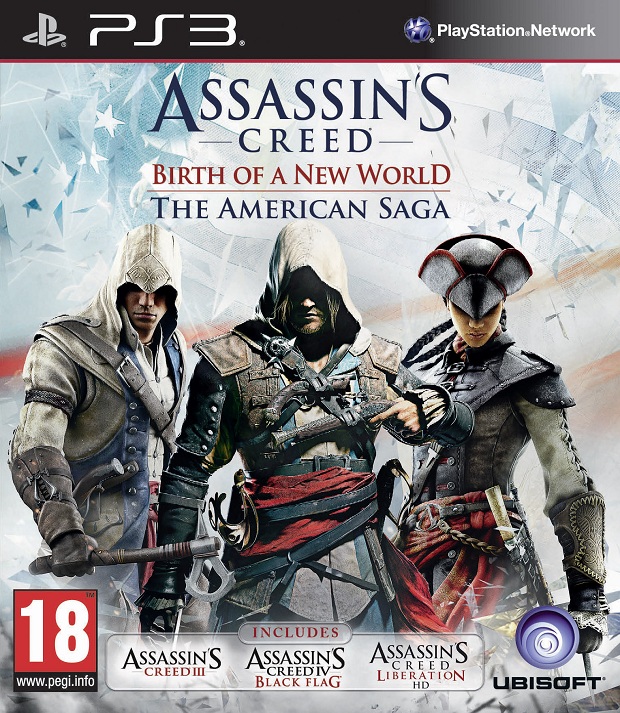 Centred around three AC games that lead up to the birth of what we know as modern America, the pack includes:

Assassin’s Creed. Birth of a New World – The American Saga is going to be available on Xbox 360, PlayStation 3 and PC’s running on Windows when it arrives on October 3rd 2014. No Linux or 8th gen love, so stop crying.