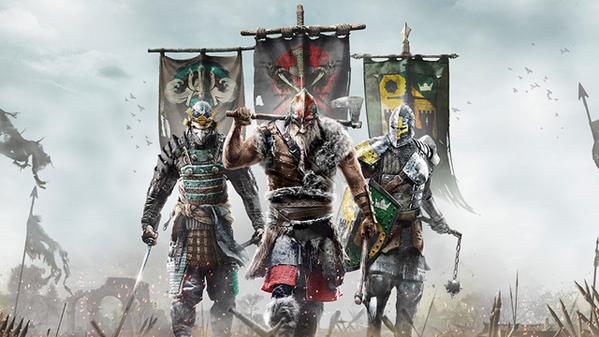 Ubisoft continues its E3 event with a new IP called For Honor, one that seemingly features warriors across different time periods. Samurai clash with knights and open warfare seems to be a given. Check out the trailer below which seems steeped in chaos and bloodshed. Keep in mind that this is more cinematic trailer than actual gameplay.

Developed by Ubisoft Montreal, For Honor is focused on close quarters melee combat. Gameplay footage featuring two teams of four players colliding together is also featured and the game itself doesn’t look half bad. Open combat seems to harken back to Dynasty Warriors but in a less flashy way. We’ll see how this pans out when For Honor eventually releases on consoles and PC.

What are your thoughts on the new IP and its focus on harrowing melee combat? Let us know your thoughts in the comments below and stay tuned for more covearage from Ubisoft’s E3 event over time.