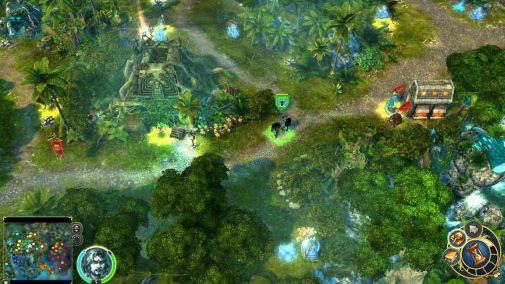 Do you all remember Might and Magic? The classic turn based strategy franchise will be returning soon, launching exclusively for Windows powered PCs in 2015.

“For 20 years the Might & Magic Heroes titles have set a new standard for computer strategy games,” said Ubisoft. “Combining a deep fantasy universe with a complete strategic experience, a rich RPG progression and a strong story narrative, Might & Magic Heroes VII offers players a more detailed world than ever to explore and conquer, a complex economic system to master and legendary creatures to face in epic battles.”

The game will also allow fans to have a degree of say in its development, as Ubisoft also confirmed that fans will be able to choose two of the six factions that will be playable in the final release, via a vote. If you want to contirbute your ideas, head over to the Might and Magic website, and join the Shadow Council.

Stay tuned to GamingBolt for more news coming out of Gamescom.

Tagged With: GamesCom, might and magic heroes vii, Ubisoft