Ubisoft to create animated show based on Rabbids 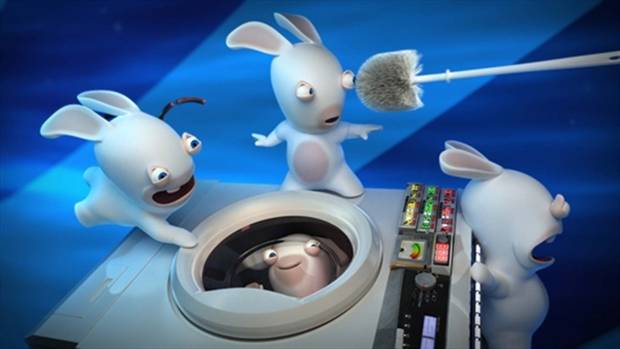 Today Ubisoft and Aardman announced a partnership to create together a pilot and several shorts based on Ubisoft’s popular video game characters, the Rabbids.

Created by Ubisoft, one of the world’s leading video game creators in 2006, the Rabbids have transcended video games, inspiring a series of viral videos on the Internet, plush toys and even award-winning ads for world-renowned brands like Renault and Coca-Cola.  For Aardman, ground-breaking creators of television and film properties such as Shaun the Sheep and Wallace and Gromit, the project represents a rare foray into applying their creative talents to a licensed property.  The animated pilot will be produced jointly by Ubisoft and Aardman.

Miles Bullough, Head of Broadcast at Aardman, says, “When the opportunity arose to work with Ubisoft on the Rabbids we leapt at it, we absolutely love the characters and can’t wait to help bring them to a television audience.”

“The not-so-subtle humor of the Rabbids has made them into icons in and beyond video games,” states Xavier Poix, Xavier Poix, Managing Director at Ubisoft’s French studios.  . “Aardman perfectly understands that humor and we are extremely excited to be working with them to bring the Rabbids to a new medium and a new audience.”

Ubisoft and Aardman’s in-house digital agency, Aardman Digital, already worked together on the Raving Rabbids brand by creating the website dedicated to the upcoming video game Raving Rabbids Travel In TimeTM, which launches in October.

Visit the Raving Rabbids Travel in Time website at: www.rabbids.com