4) Animations: One of the main things that stood out from the Watch Dogs E3 demo was how good the animations were. It looked fantastic and something that needs to be applied in ever game for believable characters and NPC models. Of course, this would require a lot of processing power, but it’s also something that’s possible next-gen.

5) Connected experience: Here you can see the mini-map of Watch Dogs being displayed on a tablet, and if there’s ever a Wii U version of the game, the controller will obviously act like a tablet which would de-clutter the screen as all the vital info will be displayed on the controller itself. Image credit: Lemonde.fr. 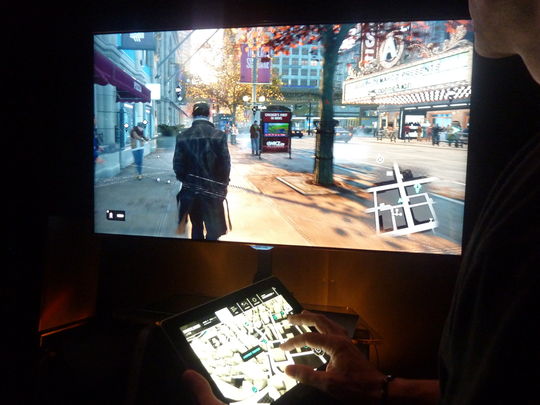 6) Interactive environments: Most open-world games aren’t that interactive, which means there’s not a lot you can other than stare at them. In the Watch Dogs demo, you can see the main character manipulating the traffic signal and causing a major accident later. Lot of possibilities.