After a brief hiatus, with the Kinect- and Move-based UFC Personal Trainer title filling the mixed martial arts hole last year, the third in the Undisputed series has arrived. The latest release is the follow up to the Undisputed 2010 edition and is a worthy update indeed. With improved graphics, better controls, a comprehensive Create A Fighter mode, huge roster and that all-important inclusion of the Pride competition, this is as good as it gets for any fan of the sport. 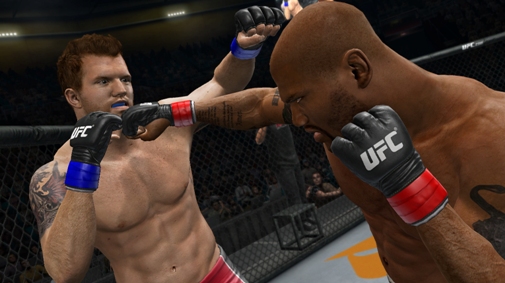 UFC Undisputed is back… and it packs a punch!

UFC Undisputed 3 contains everything that made the previous games great – but the real headline grabber this time round is the inclusion of Japan’s Pride competition, complete with giant square ring, pyrotechnics and the play by play commentary of Bas Rutten and Stephen Quadros.

The inclusion of Pride really does add value to the package, feeling almost like THQ have crammed in a whole new game. From the raucous arenas, excitable announcers and those vicious moves that include foot stomps to the face, and ground knees and soccer kicks to the head, it offers even more reasons to keep playing. It’s a suitably different experience from UFC titles we’ve come to expect, notably with the aforementioned rule changes and the lengthier – and more unforgiving – rounds. After an initial 10-minute round, you’ve got to hold your own for another two rounds lasting five minutes each.

Combine this with the two new UFC weight classes – the featherweight and bantamweight divisions – and that’s a collection of more than 150 of the world’s best fighters on one shiny disc.

It’s a sublime rendition of the sport but just like the real thing, Undisputed 3 is a great spectacle but can prove massively frustrating; you may land a flurry of punches and connect with numerous well-timed kicks, but despite your dominance one smack on the jaw from your opponent can lose you the fight in an instant. This does make each bout exciting and add an element of surprise and tension to the proceedings but it can prove extremely frustrating. Still, that’s the nature of the sport itself and, in that regard, the game is extremely accurate. All the moves are there, from elbows, clinches, grapples and submissions – and each fighter has their specific specialties and styles, meaning they actually “feel” different. It’s a game with plenty of replayability that’s both easy to pick up but difficult to master. 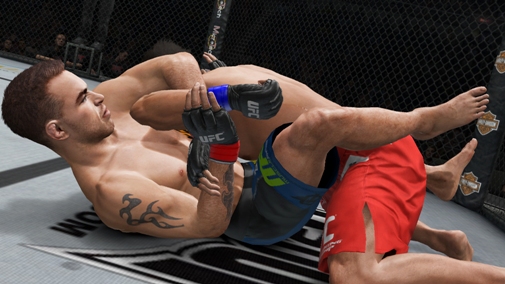 The submissions system is much improved

As mentioned above, there are countless improvements over its predecessors. Besides the new weight classes and graphical overhaul – with still some of the most realistic sweat and blood effects ever seen – a very important change for many of us will be improved submission system. The new method removes some of the frustration felt by gamers in the previous titles. Submissions are now a mini game of cat and mouse – a small octagon popping up onscreen that contains a red and blue bar. The idea is to chase – or evade – your opponent’s bar. Whether they overlap when the time runs out determines whether the move is successful. It’s tricky but infinitely easier than in past games.

Control-wise, you can now also choose between the traditional method for grappling and a new simplified version. This means that even newbies will have slightly more of a chance in the Octagon. Transitions between clinches and guards look seamless and are much easier to pull off than before.

A helpful tutorial pops up onscreen to offer advice as you play too, which is a nice touch – although this can be turned off as you become a little more confident. Lengthy training guides can be accessed from the main menu too, providing valuable tips and techniques.

Also on the list of new additions are an increased number of camera angles to add to the realism factor, as well as fighter entrances filled with commentators’ musings on their key attributes and skills.
Create a fighter is extensive and intuitive with everything from appearance, stance, entrance and victory poses customisable.

You can then use one of your creations or someone from the huge lineup and dive into an Exhibition match or try you hand at the various game modes: Title, Title Defence, Tournament, Events, Ultimate fights and the full-blown Career.

This time round, the Career option sees less emphasis on figures and statistics and more of a focus on training and fighting. It’s quite a journey too, as you work your way through three associations: the World Fighting Alliance, Pride and the UFC itself.

Before each fight, there are opportunities to train and join camps. The training seems to have taken some pointers from last year’s UFC Personal Trainer game as tasks like tyre flipping make an appearance. Drills and sparring sessions help you build your attributes and hone skills before you continue your path to greatness in the Octagon.

Not only do the camps make a welcome return but this time round you’re joined by a trainer in your corner during a fight. A really cool addition is the Gameplan, which boost your skills if you stick to it. 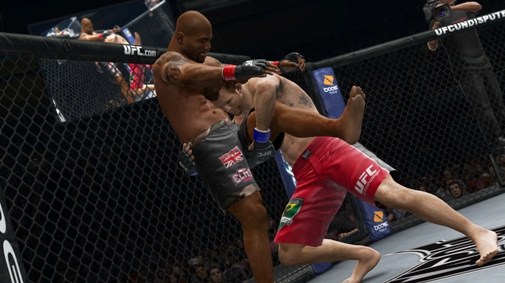 It’s quick and easy to fight online, with no noticeable lag

When you’ve had enough playing alone, the online modes will no doubt eat into your time too, especially with the promise of new servers and better matchmaking. Connecting to Live for some online competition was speedy and there was no noticeable lag in any of our matchups. It’s a pretty comprehensive offering too; Ranked Matches allow you to pick everything from the fighters to the referee and venue. After each fight – there’s a handy stats screen to see how often you were punched in the head or which of your legs took a more severe beating!

As you progress, your fights are saved in highlight reels so that you can share them with friends and show off your new-found skills and submissions. It’s a nice addition that should do well among the community. Fight Camps allow you to improve your skills in the virtual gym, spar with camp partners and participate in both ranked and unranked matches.

There’s plenty of DLC planned too, which should extend your playtime considerably; content will include additional fighters, historic UFC fights, career boosts and early access to unlockable content should you want to see everything the game has to offer a little more quickly.

There are plenty of developers out there who should take a leaf out of THQ’s book and dispense with the mantra that sports sims MUST have an annual update. The result is that fans often feel a little shortchanged because the latest iteration doesn’t actually offer much more than the last. Sure, there’s a new roster or a few more features but you don’t get much for your money.

The return of the Undisputed series, however, was well worth the wait with more options, fighters and game modes than ever before. Novices may find it a little daunting but any fan of the UFC or Pride will be right at home – and for them, it’s an essential purchase.

Looks better, feels better and plays better. This is just like watching on the TV, with all the moves and your favourite fighters. The customisation options and improved career mode is immense

Tricky for novices and perhaps a little daunting with such a huge roster and so many moves. The submission system, although improved, is still tricky. Prepare to lose fights... often!

Final Verdict:
SUPERB
The third Undisputed game from THQ is a must-have for mixed martial arts fans. The gripes of the previous games have been ironed out and there's loads to keep you busy and plenty of new skills to learn
A copy of this game was provided by Developer/Publisher/Distributor/PR Agency for review purposes. Click here to know more about our Reviews Policy.