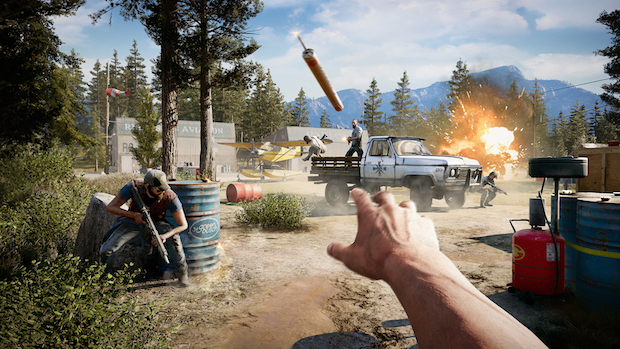 Even if it seems like the hype is dying down, Ubisoft’s Far Cry 5 is still selling incredibly well. In the UK, recent sales charts by Gfk Chart-Track confirmed that the open world shooter was the top-selling title at physical retail for the week ending April 14th.

FIFA 18 is in second place, which is a given considering the popularity of the franchise in the region. Mario Kart 8 Deluxe is in third, followed by Grand Theft Auto 5 in fourth place and PlayerUnknown’s Battlegrounds in fifth place for Xbox One.

Sea of Thieves has fallen to sixth place but it’s the fastest selling new IP for Microsoft this generation, hitting more than 2 million players shortly after launch. Fallout 4 is mysteriously in seventh place followed by Super Mario Odyssey, Gran Turismo Sport and Crash Bandicoot N. Sane Trilogy filling out the rest of the top ten.